How the coronavirus pandemic helped prepare Moritz Seider for the NHL

Moritz Seider wouldn't have wound up playing in Sweden last season, had it not been for the coronavirus pandemic. But it proved to be the perfect place to prepare him for taking the next step in his hockey career. 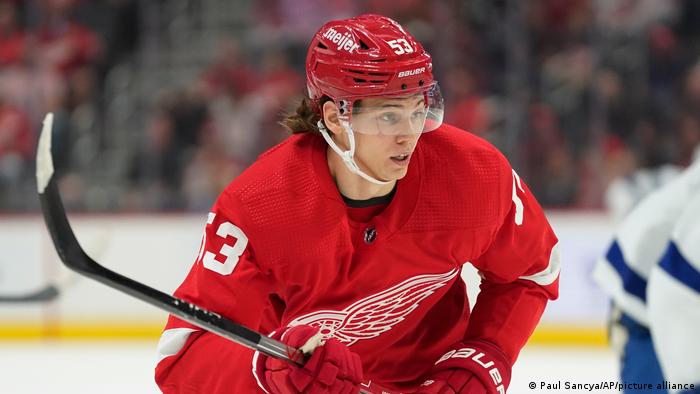 You'd be hard-pressed to find many athletes who would describe the pandemic's impact on their careers as positive. Moritz Seider is one of those rare cases.

The 20-year-old defenseman had hoped to crack the Detroit Red Wings' lineup at the start of last season. Having been picked sixth overall by the Red Wings in the 2019 NHL Entry Draft, Seider spent the 2019-20 season with their farm team, the Grand Rapids Griffins of the American Hockey League. The idea was to give the German defenseman time to adjust to the smaller ice surface and more physical game in North America.

'Year in Sweden incredibly good for me'

That's when the Red Wings got a call from Sweden. They wound up sending Seider to Rogle BK of the Swedish Hockey League, which did start play as usual in September. The club, based in Angelholm in the south of the country, turned out to be a perfect fit. 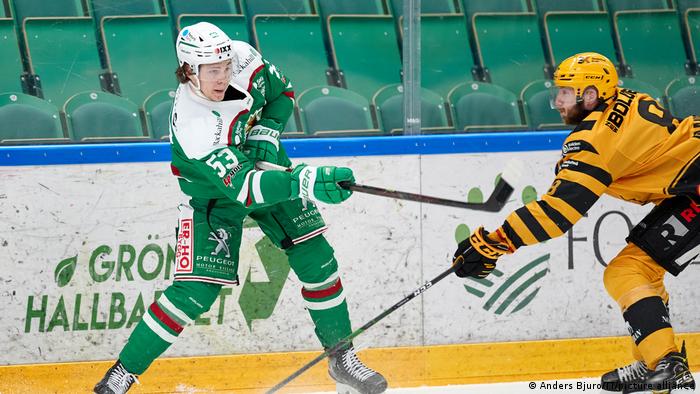 "The year in Sweden was incredibly good for me," Seider told DW.

He gained "a lot of self-confidence" in a league regarded as one of the best in Europe. The games are "very close," and play tends to be very much "end-to-end" making for highly exciting contests both on the ice and in the stands.

It was there that Seider, who first hit the ice as a 4-year-old in the eastern German city of Erfurt, learned that, after a bad game, the most important thing is to make sure that you "perform at your best" in the following contest.

Not only did Seider succeed at that last season, but his club did, as well. Rogle BK had their most successful season ever, making it all the way to the finals of the playoffs, where they fell four games to one to the Vaxjo Lakers. In something of a consolation prize, Seider was named the league's top defenseman.

His next stop was the International Ice Hockey Federation World Championship in Latvia, where Seider helped Germany finish in a respectable fourth place on his way to being named the top defenseman at the tournament. Seider's performances in Sweden and at the Worlds didn't go unnoticed by Red Wings head coach Jeff Blashill. 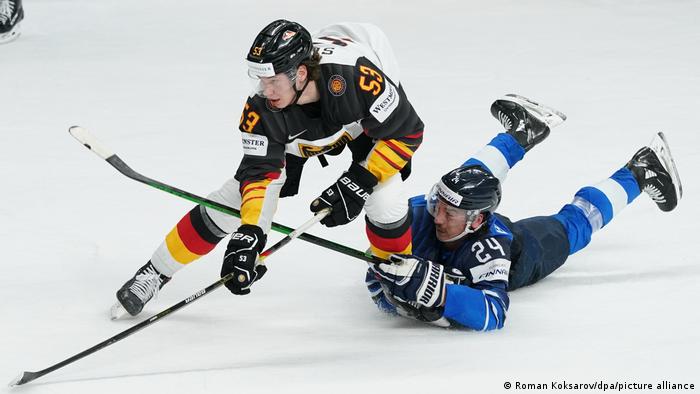 "The fact that he got those accolades in Sweden and the World Championship gives you confidence that he can do a good job," Blashill told DW at a recent press conference. "How good and how quickly he would become an impact player, we didn't know."

This past summer, Seider traveled to Detroit, determined to make the Wings as a top-four defenseman — the AHL and Europe simply weren't options anymore.

"I think I had shown a lot," Seider stressed.

As if to drive home his determination to stick with the big club, he elected not to move into a hotel room, instead taking an apartment in the Detroit area.

NHL Rookie of the Month

A month into the season, Seider has his first NHL award, having been selected as the league's rookie of the month for October.

"Hopefully this is just the beginning of something really big," said Seider, who earned the award in part by chipping in eight assists while appearing in all nine Red Wings games in the month of October. He's since added his first NHL goal: the winner in overtime in a game against the Buffalo Sabres.

His production certainly isn't hurt by the fact that he's been logging an average of well over 22 minutes per game. Blashill fully appreciates the talent of the babyface with dark curly hair who wears number 53 on his back, but says he still has to fulfill his true potential.

"He's got a ton of physical abilities, he's a big guy (1.93 meters and 90 kilograms, or 6-foot-3 and 198 pounds), he can skate, he's athletic, he's got a good skill set from a hockey standpoint," Blashill said of the defenseman, who's already being used as a quarterback on the power play.

"Our job is to help him go from being a really good talent to a great player," Blashill said.

Among the people following Seider's development closely is former Boston Bruin Dennis Seidenberg, whose 859 regular season NHL games played are more than any other German defenseman. When he watches his countryman play, what stands out is his "presence, his smoothness on the ice, and his aggressiveness, which you need to be successful as a defenseman." 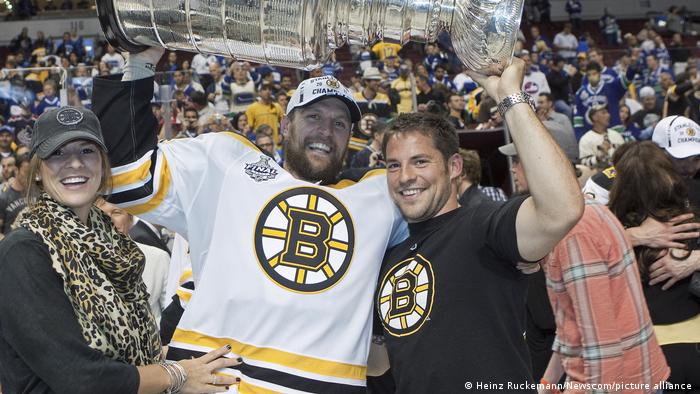 Like Seider, Seidenberg was also once named top defenseman at a World Championship. But Seidenberg was vastly more experienced when he took the honor at the age of 35 in 2017, by then having played more than 800 NHL games, participated in three Winter Olympics and four World Championships and having won a Stanley Cup. Seider, on the other hand, had just turned 20 last spring.

Blashill refused to be drawn in on whether Seider would have been able to make the jump to the NHL a year ago.

"It's hard to say," Blashill said. "But what I do know is that the year in Sweden and the World Championship helped him grow as a hockey player.

For his part, Moritz Seider has no regrets about the delay in getting his crack at the NHL — even if it was because of extenuating circumstances.

"Sometimes you just need a bit more time," he said.