How the body copes with hunger

Once the brain has flicked a special switch, a person can go without food for quite a while. Sadly, if you are sick and weak already, this mechanism does not work properly. The same applies to children. 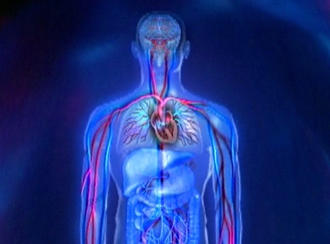 The body has an emergency coping mechanism for hard times

Evolution has prepared human beings to survive without food for periods of two to three months, if the person is healthy to start with and has access to enough water.

"We're all designed to be experts at dealing with hunger," Joachim Gardemann, professor for human biology and humanitarian aid at Münster Polytechnic, explained.

"Hunger is not a disease, it's a skill the human body has," he said. Given the suffering in large parts of Africa, this may sound cynical, but from a medical point of view, it is a crucial strategy for survival in humans.

Gardemann's knowledge on how the body copes with hunger is largely thanks to an experiment that would be unthinkable today, as any ethics committee would nip it in the bud.

In the mid-1940s, US scientist Ancel Keys conducted an experiment on 36 men, who were only allowed half the calories they would normally need. Keys' aim was for each participant to lose a quarter of his weight. He then gradually built up to their original weight again, which took around three months.

The experiment demonstrated above all the psychological effects of being constantly hungry, as the sensation overshadowed everything else. The men were only interested in things relating to food; some even dreamed of cannibalism. At the same time, their senses were incredibly sharp - their sense of smell and their hearing had improved dramatically.

The hypothalamus plays a central role in the human body when it comes to dealing with hunger. It is the brain's metabolic hub, which is activated every time blood-sugar levels drop. Its first response is to trigger the release of the stress hormone adrenaline by the adrenal glands, which allows the body to mobilize all its resources to be able to find food. If there is no food available, the brain activates plan B. 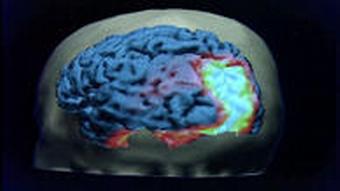 The brain can activate a hunger coping mechanism

The brain needs glucose to function, and lots of it. Although it accounts for just 2 percent of body mass, it uses up half the glucose intake. So, to get all it needs, the brain has a trick up its sleeve: Without insulin, glucose cannot get to the muscles, so the brain sends a signal that stops the release of insulin. That way, the muscles are starved of glucose.

"The brain controls the body's metabolism, so that it can survive," Gardemann explained. "Every organ in the body shrinks to about half its original size during periods of starvation, until death - except for the brain. It only shrinks by two to four percent."

During prolonged periods of hunger, the body resorts to its protein reserves for energy, which also affects the protein-rich muscle tissue. The body is able to break down the proteins into their building blocks, the amino acids, and turns them into glucose.

"We don't really need all the muscle tissue we have when we're well-nourished," Gardemann said. "Muscles are nothing but protein stores," he said, adding that the body can deal with less muscle tissue for a while.

The smell of hunger

After eight to 10 days of starvation, the body switches to an energy-saving regime that is similar to hibernation in the animal world. The heart rate drops, blood pressure is lowered and body temperature falls.

"When food is scarce, it's the best strategy," Gardemann said.

In addition, the body starts tapping into its fat stores by converting fatty acids into so-called ketone bodies, which are an important source of energy. They make the difference between life and death when in starvation mode, as ketone bodies are the only substances apart from glucose that the brain can use.

Once the body is in that mode, you can even smell the metabolic process. The ketone bodies that are secreted via the kidneys and a person's breath contain acetone, making the person smell like nail polish.

Prolonged periods of starvation affect all parts of the body, as the skin's barrier function deteriorates, the immune system weakens and infections take hold. Worst of all, the body starts using the heart muscle and other protein-rich organs as brain food, reducing the body to skin and bones. Children start resembling old people.

"It's often the heart that gives in first," Gardemann said. "You hold a starving child in your arms, it's looking at you and from one second to the next, it's dead."

The body's coping mechanism during prolonged periods of starvation only works in healthy adults, whose metabolism can adapt to the extreme situation. The brain's ability to use ketone bodies as an alternative source of energy is crucial if the person is to survive.

It means that the brain must be able to send out the "hunger" signal that halts insulin production. If you are sick, however, this signal is not being sent.

"If someone suffers from malaria, HIV/AIDS or other diseases, he or she has so many inflammatory agents in the blood that the pancreas keeps secreting insulin," Gardemann explained.

So, the metabolic process to cope with hunger cannot be set in motion, which means the body uses up all its protein reserves within a short space of time, but cannot use its fat deposits to make ketone bodies.

A child, for example, who cannot get its metabolism to switch due to an infection will be dead within a couple of weeks, Gardemann said.

Although there is more than enough food to feed the world's growing population, a global economic system that benefits the industrialized nations creates hunger in developing countries, says DW's Ute Schaeffer.

The World Bank and the UN are warning of a new wave of famine. But poor harvests and Western subsidies are not to blame, rather market speculators who are driving the prices of staple foods through the roof. (27.10.2011)