How technology, the Internet and the iPad are changing a magician′s secret work | Science | In-depth reporting on science and technology | DW | 07.04.2014

How technology, the Internet and the iPad are changing a magician's secret work

Magicians and technologists are collaborating. It's changing the secret world of magic. And the Internet is making it easier for us to learn their tricks. But the trend is also driving innovation.

Tech in the magic world

Technology is all around us. So is magic. But while magic is a secretive, ancient art, technology is credited for its relentless drive towards innovation.

Now, the two worlds are meeting head on.

"The Internet is a blessing and a curse for magicians," says Stuart Nolan, who calls himself a research magician. For Nolan, the Internet is a curse because of the way people like to post videos and share the secrets of the game.

But for magicians like Simon Pierro, the Internet has been a blessing.

The 35-year old, who is known as the iPad Magician, posted one of his first YouTube videos three years ago. It showed Pierro performing tricks with Apple's tablet PC.

Forced to innovate and change

There is no doubt. A Pierro show has the "wow" factor. The way he and other magicians have started to integrate technology into their performances fascinates audiences.

But technology and magic have a long history together.

Magicians have always had to be innovative to come up with new tricks. And sometimes this has led to developing devices and gadgets, says London-based magician, Kieron Kirkland.

"For me, it's about thinking about how we can continue to adapt and create new effects that are appropriate to today's world," he says. "It's kind of forcing us to innovate and change."

The problem is that magicians have a reputation for being reluctant to share their inventions with the rest of the world.

But with the many videos on the Web that explain how tricks are done, magicians are being forced to change the way they work. 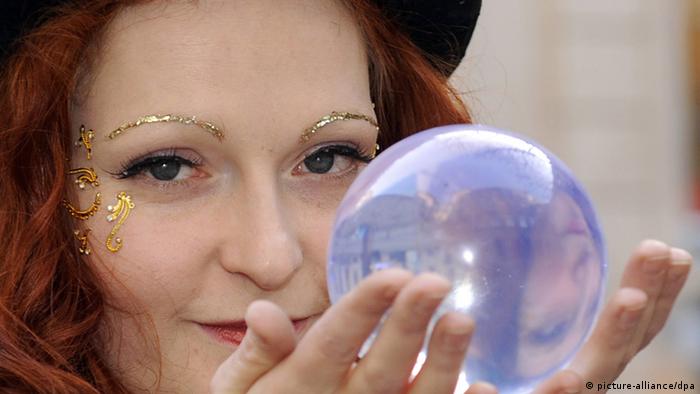 Last year, Kirkland helped organize what is thought to be the first magic hack in England - a one-day event that brought together magicians and technologists.

Research magician Stuart Nolan was at the magic hack. He says technologists and magicians have very different approaches.

"When I work with designers, when they brainstorm, they tend to stop thinking as soon as they think something is impossible," says Nolan.

Nolan has been working with technologists since 2002 when he received funding from the UK-based charity National Endowment for Science Technology and the Arts (Nesta).

"Magic is academically under-researched and under-studied, and that's partly the fault of magicians because we keep all of our literature hidden," he says. "So if somebody wants to do a PhD on magic, it's hard to find books."

Not just fun and games

As a result of his collaboration with technologists, Stuart Nolan has developed a mind-reading device.

The device, which he calls the ideobird, borrows heavily from techniques used by magicians in the Victorian era.

Back then, magicians often used ideomotor responses - tiny, unconscious movements of the body that reveal what we are thinking or feeling.

Nolan is now working with a games designer to see how this technology could be used in our digital era.

He is also interested in exploring how robotics could be used with his mind-reading device. 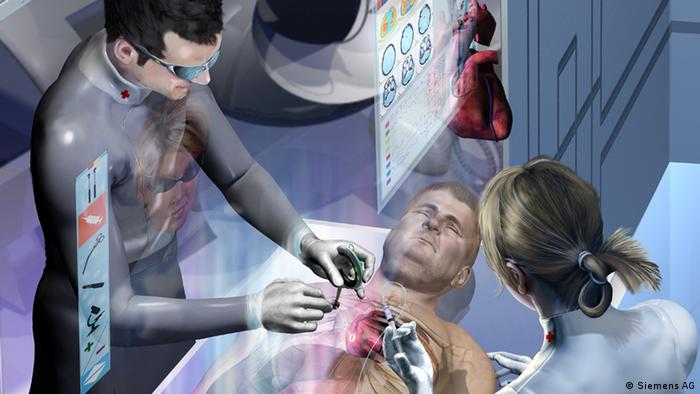 Experiments with augmented reality in magic could lead to progress in other fields, such as in health

Even when magicians are not directly involved in the development of new technologies, they are often called on to provide feedback to the companies.

Simon Pierro, the iPad magician, gets to try out augmented reality technology in his shows before it hits the market.

"This [feedback] can help to improve the technology in different fields," he says.

Who does the magic belong to?

Ulrich Eberl, author of "Life in 2050 - How We Invent the Future Today," says such collaboration "is not just about playing around."

"Let's say, an engineer has to fix a machine in a factory building, which they've never visited before - the augmented reality glasses can show them the way to the machine," says Eberl. "Then, the glasses can provide data and allow the technician to have a look inside the machine without actually having to unscrew it."

It may be technology driving magic. Or it may be magic driving innovation.

Either way, the collaboration between different fields of research can result in better technology.

"Magicians can be guilty of thinking they own magic," says research magician Stuart Nolan. "We tend to think that there needs to be a deep mystery."

Perhaps the digital era is the end of mystery.

How to get into making and fixing your own gadgets

A Maker Faire, which is being dubbed Europe's first major event for learning about DIY technology has just kicked off in Rome. We take a look at some of the resources that people can use to get into DIY tech. (03.10.2013)

The European Union has just launched the first stage of its most ambitious science funding program ever. But with elections and a new executive, 2014 might be the year for politics to take precedence over research. (03.01.2014)

Tech in the magic world