An over 200-year-old German translation of Shakespeare's works made him seem more German than he was. Later, the Nazis insisted that version be kept, says Shakespeare expert Hans-Jörg Modlmayr. 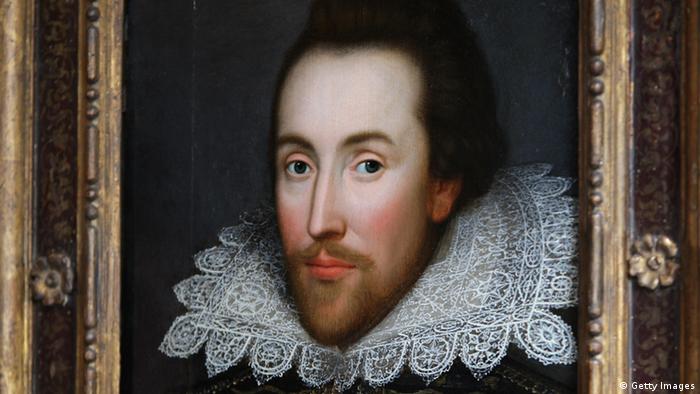 April 23 marks the 400th anniversary of Shakespeare's death. The bard is widely known and enjoyed in Germany - but the translation of his plays and poems have been heavily influenced by the zeitgeist. DW's Heike Mund spoke with Hans-Jörg Modlmayr, an author and English literature expert who has studied and lived in Cambridge, about Shakespeare in Germany, from the Romantics to the Nazis to today.

DW: Shakespeare's works are translated into German time and again. But why do we need so many new translations?

Hans-Jörg Modlmayr: The German language changes. The Schlegel-Tieck translation of Shakespeare from the Romantic era was a child of its era. [Eds: The Shakespeare translations by August Wilhelm Tegel and Johann Ludwig Tieck, together with others, appeared around the turn of the 19th century.] It was a particularly prude time, a time that romanticized. And the vital, all-around Shakespeare, who, so to speak, played all the registers on the organ, was tuned down to a volume suitable for a living room for the bourgeoisie.

Why did that early Schlegel-Tieck Shakespeare translation come about? It's still considered a classic. The late German literary critic Marcel Reich-Ranicki recommended it as the decisive Shakespeare edition in German.

It's the classic edition because it was made sacrosanct for the educated German bourgeoisie. And that's the only reason. Through the Schlegel-Tieck translation, Shakespeare gradually became a classic of the German Weimar era. Goethe and Schiller are well and good, but we didn't have anything like Shakespeare.

It was through the strange "Germanization" of Shakespeare that he was added to the cannon. And it also has to do with World War I and the feud with England. People maintained that the British were neglecting Shakespeare and the true protection of Shakespeare was happening in Germany.

The time when Johann Ludwig Tieck and August Wilhelm Schlegel were active as Romantic poets was very different from Shakespeare's era. How did the mentality of the Romantic era in Germany jar with the weighty and at time brute texts of Shakespeare?

Almost no one read the original Shakespeare texts. English wasn't like French at the time - the language that was accessible to everyone. It was two worlds.

The German Shakespeare is a Shakespeare on paper; the English Shakespeare is full of life and represented a kind of irritation for our German bourgeoisie. They simply ignored it. He wasn't viewed as Shakespeare, but as a Schlegel-Tieck author from the German Weimar Republic.

How were Shakespeare's works read and performed during his lifetime?

His works practically were not read. The actors, like the musicians in an orchestra, were given their texts and the work was performed. But the texts never appeared in book form. That means the written records of the texts are imprecise. It was seven years after Shakespeare's death that his works were compiled by his friends and actors. Shakespeare was an author focused on reaching the audience in this very moment and he reached the audience because he was so vital, universal and dynamic.

Were his works performed on the European continent during his lifetime?

No. There were traveling actors who came to Germany, but they didn't have the resources to build a Shakespeare theater here. Shakespeare wasn't performed on stage in Germany until the end of the 19th century.

Is there an original Shakespeare text that all translators refer to?

That's the problem. There is no truly original text. Shakespeare didn't sit down at the end of his life and record his works for posterity. The existing written records are very unsure.

What about in England?

Even there, there are hundreds of variations on the text from 1623. In England, theater life was dead for many years and the English novel arose during that time.

How important is it for a translator to have experienced original Shakespeare works on stage?

The important thing is that a translator can pull the same registers in his own language as an English actor can with the original texts and a good director.

There's another name that's often associated with Shakespeare translations: Hans Rothe, who mainly dealt with Shakespeare dramas. What did he do differently from Schlegel-Tieck and other previous translators?

Hans Rothe was born in 1894 and studied before World War II in Edinburgh. There, he got to know "Macbeth" in its original. In 1916, exactly 100 years ago, on the 300th anniversary of Shakespeare's death, he sat down as a 22-year-old student and decided to translate Shakespeare's entire oeuvre into a modern, performable German. Today, his translation of "Hamlet" is being performed in Karlsruhe.

There is a German Shakespeare Society that has had influence on the translations. To what extent is Shakespeare used politically, according to the zeitgeist?

Culture is always instrumentalized by politics. The founding of the German Shakespeare Society in Weimar in 1864 was motivated by a patriotic climate. From the very beginning, there were nationalistic tendencies that laid claim to the Schlegel-Tieck edition and made it the indisputably definitive German translation.

Was this stance carried on through the decades?

Yes. It's very shocking. Hans Rothe brought Shakespeare to German stages in the 1920s and into the Third Reich nearly all of them were performing his version. Then something happened that in my opinion is unparalleled in its cultural barbarism. The German Shakespeare Society delivered [Nazi minister of propaganda Joseph] Goebbels a proposal to wipe all of Rothe's translations from German stages.

For them, Shakespeare had become too easy to understand. Reading "Mein Kampf" will make you ill from the style of the language, the pseudo High German.

Rothe had emigrated to Italy, Spain, France and then the US, where he was a Shakespeare professor. He came back to Germany in the 1950s. After the Second World War, the German Shakespeare Society started a campaign to bash the theaters that performed Rothe's texts.

In the post-war period, the translator Frank Günther is a name that comes up frequently. How did he bring a fresh wind to Shakespeare's texts?

Frank Günther is one of many translators who work for decades. In my opinion, he doesn't quite have the inspiration, the texts don't have so much energy. His work is technically sound, but I don't think it's that good. The Deutsches Staatstheater in Karlsruhe chose Rothe instead because it conveys the tension between poetry and vulgarity that is found in Shakespeare's work and that's something that Günther hasn't managed quite as well.

Could you imagine that Shakespeare texts could be performed as a rap or in any other modern form?

Definitely. His works are always about a central, disturbing topic: fratricide. Two young people are driven to death because they can't manage their conflict. Whoever stays passionately true to this fundamental issue can come very close to Shakespeare.

A very singular copy of the first known collection of Shakespeare's plays has been uncovered in an aristocratic country house in Scotland. The First Folio is among the most valuable books in the world. (07.04.2016)