A very singular copy of the first known collection of Shakespeare's plays has been uncovered in an aristocratic country house in Scotland. The First Folio is among the most valuable books in the world. 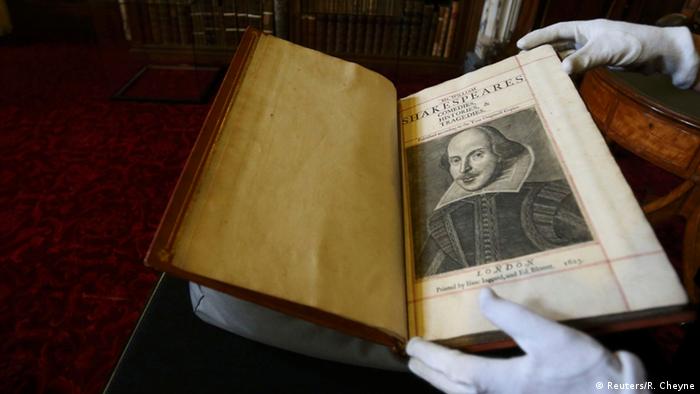 A rare First Folio has been discovered in Scotland, the University of Oxford announced on Thursday. A First Folio is a scarce collection of 36 of William Shakespeare's plays published in 1623. It is not only in essence a "first edition," of the Bard's work but also the only reliable source for twenty of his most famous pieces, such as Macbeth and Julius Caesar.

The tome was uncovered at Mount Stuart, a large manor house on the Isle of Bute off the western coast of Scotland. The find makes a total of 234 known copies of the First Folio in the world, with nearly all the others are held by libraries and available only to academics.

"In terms of literary discoveries, they do not come much bigger than a new First Folio, and we are really excited that this has happened on Bute," said Alice Martin, head of collections at the house. The director of the Mount Stuart House Trust, Adam Ellis-Jones, described the revelation as "genuinely astonishing." 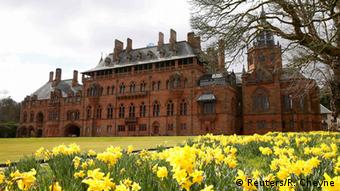 The 300-year-old Gothic revival house is the ancestral home of the Stuarts of Bute, who first occupied the land some 900 years ago

What is unique about this particular iteration, according to Oxford Professor Emma Smith, is that the First Folio has usually only been seen as one large volume. Instead, the Bute copy has been split into three, separated by categories of history, tragedy, and comedy.

"This is something that you could take to the fireside and enjoy," Smith told the BBC. "It's a book we most likely now see ... in a glass case, and one of the things that this copy ... shows us is a time when people just really used this book, they enjoyed it, they scribbled on it, they spilt their wine on it, their pet cats jumped on it."

Smith said the three volumes were worth between 2 and 2.5 million pounds ($2.8-3.5 million). She described her initially incredulous attitude towards the authenticity of the book, but said "when I went up to investigate, I could tell from the story of the book's origins, the watermarks and the idiosyncrasies of the text that it was genuine. It was a really exciting moment."

The discovery comes just in time for celebrations planned to mark the 400th anniversary of the playwright's death, which came on April 23, 1616.