How North Korea uses Berlin universities for propaganda | World| Breaking news and perspectives from around the globe | DW | 29.05.2021 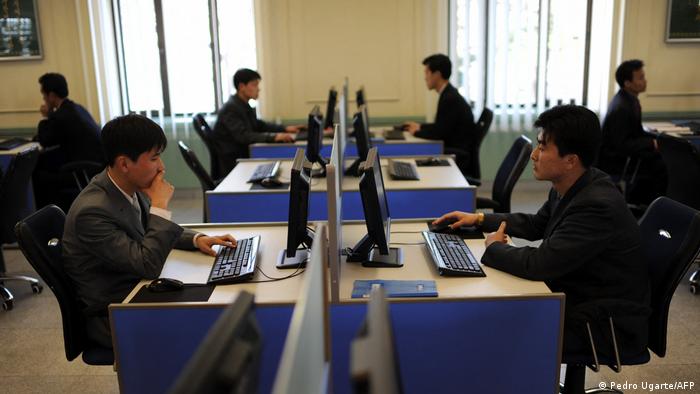 Those who have been selected by the regime to study at North Korea's top university, the Kim Il Sung University in Pyongyang, belong to the country's academic elite. Named after the founder of North Korea, it is the most important institution for training cadres in the isolated, communist country. It also proudly claims to be the alma mater of the state's current leader Kim Jong Un.

Generally, North Koreans' contacts with the rest of the world are kept to a minimum, including in higher education establishments. So it is all the more surprising that on the English version of its website, Kim Il Sung University boasts of being associated with dozens of partner schools around the world, including two in Germany. Apparently, the university has cleverly compiled an imposing list of past, current and alleged partnerships with "sister universities" and claims that "international academic exchanges are in full swing."

However, many of the named universities would beg to disagree, and do not want to be associated with North Korea at all. DW has discovered that several of them, including Berlin's renowned Humboldt University, are resisting being described as "sister universities." They say that they are doing all they can to have their names removed from the website, but so far Kim Il Sung University has failed to respond to their requests. It also did not respond to DW's inquiries.

The supposed "sister universities" have good reason to be on the defensive, considering that the UN Security Council's sanctions prohibit scientific cooperation with North Korea in order to prevent the flow of sensitive information that could be used by North Korea's communist regime to produce weapons of mass destruction.

Any university that invites academics or students from North Korea risks violating the strict sanctions. The UN Panel of Experts on North Korea has warned that even access to the internet or to a library could suffice for crucial information to be inadvertently divulged. It asked the universities named on the North Korean university's website for an official comment, which it published in its annual report at the beginning of March.

Humboldt University: No cooperation with NK

In its answer, Humboldt University reassured the UN that there was no cooperation whatsoever with the North Korean university. So why was its name mentioned on the website? Humboldt University spokesperson Hans-Christoph Keller could only speculate that it stemmed from there having once been a "fixed contractual cooperation" during the era of the socialist German Democratic Republic (GDR). This would have been before 1990, when Germany was still a divided country. Keller told DW that there was a possibility that the contract had never been formally terminated. He added that the university was currently doing everything to ensure that its name was removed from the website. 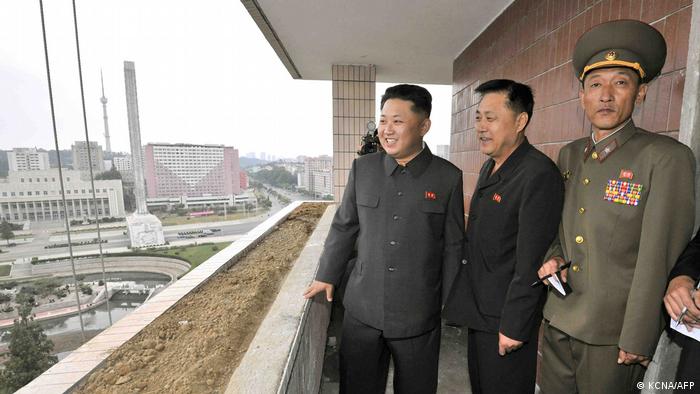 In 2013, Kim Jong Un inspected a new building on the campus of the Kim Il Sung university

The situation is more complicated at Berlin's Freie Universität, where the Korean Studies discipline has become extremely popular in recent years. The head of the department, Eun-Jeung Lee, who is from South Korea, travelled to Pyongyang in September 2018, responding to an invitation by Kim Il Sung University. She was accompanied by several colleagues and the Berlin delegation handed a letter of intent regarding future cooperation to their host.

Then in January 2020, a group of 12 students from the German Studies department of Kim Il Sung University visited Freie Universität to hone their language skills. Experts on North Korea assume that the young people were hand-picked loyal members of the country's elite. They stayed in Germany for three weeks, so they had plenty of time to get to know the host school.

Was this trip compatible with the UN sanctions? The Freie Universität says yes. "During the whole time, the students had no access to Freie Universität's WLAN or intranet, no electronic devices were provided. Homework and other assignments were all hand-written," the university told the UN Security Council in its statement in January 2021. It added that the German Federal Foreign Office had been closely involved with the preparations for the visit whose entire cost was borne by North Korea. It also said that it was "misleading" to name the Freie Universität as a partner on the Kim Il Sung University website because a formal contract between the two establishments had never been signed.

The UN Security Council was convinced and the UN Panel of Experts on North Korea told DW that the exchange "did not represent a breach of UN sanctions." It added that the Freie Universität "had also taken sensible precautionary technical measures to prevent intangible technology transfer."

Katharina Landgraf, the chair of the German-Korean Parliamentary Friendship Group, was able to acquire a personal impression of the 12 North Korean students when she received them in the German Bundestag, where the young people were constantly monitored by members of their delegation. 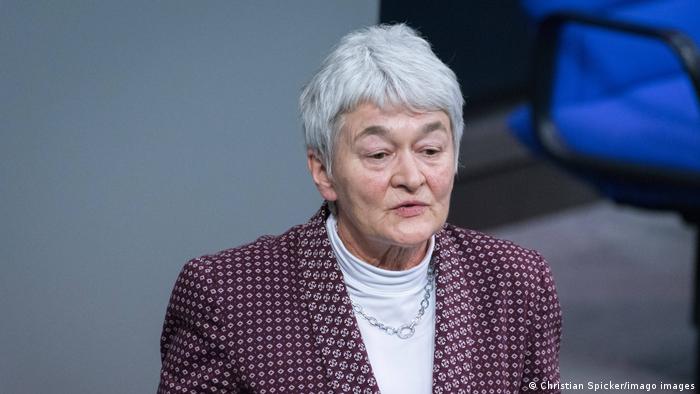 Landgraf recalled that the atmosphere during their meeting was tense and that the young people were "very reserved." She explained that despite the fact that their German was very good they had not dared to ask questions and talk to her. "It was quite oppressive," she said.

Is it a wise move for prestigious German universities to cooperate with dictatorships such as North Korea? Landgraf, who has travelled to the isolated country twice, said that it was important to be extremely cautious when it came to academic exchanges but that language programs "in small doses" could be justified as they opened up "a small window into our world."

She admitted that such international cooperation brought great prestige to Kim Jong Un's regime and could thus be exploited for propaganda purposes: "It's part of a strategy to keep people on side and to show strength. A certain openness to the world is propagated or feigned."

International recognition is a valuable commodity for North Korea, which the regime seeks on several levels, not only political. But a German North Korea expert in Seoul, who preferred to remain anonymous, said that it was impossible to be naive when it came to any relationship with North Korea. "State political interests are behind all proposals of cooperation." Apparently, European universities are not willing to give up their good names for that. 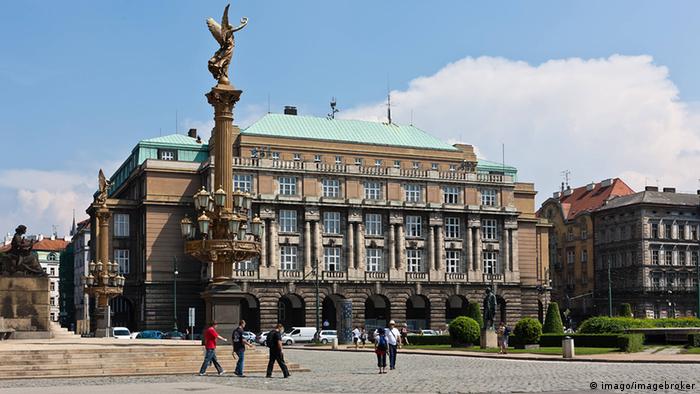 It was the Czech security services that revealed to Prague's prestigious Charles University that it, too, was listed by Kim Il Sung University as one of its partners. A spokesperson for the university, which at the time had no idea, told DW that there was "no cooperation" between the two institutions and said that the North Korean university had been asked to remove its name from the list, but had not yet responded. "The Czech Ministry of Foreign Affairs is monitoring the whole situation and actively trying to remedy the process," the spokesperson added.

Berlin's Humboldt University has also indicated that if its direct attempts to convince Kim Il Sung University to remove its name from its list of "sister universities" fail then it too might well contact the German Foreign Office.

US President Joe Biden has said he's "under no illusions" about the difficulty of getting North Korea to give up its nuclear weapons.