How Nico went from supermodel to 'priestess of darkness'

A new film shows the dark side of pop art icon Nico, a singer and Andy Warhol's muse. Nico, 1988 depicts the tormented final years of the German-born model's life.

Christa Päffgen was born in 1938 in Cologne, Germany. Following the Second World War she grew up in Berlin. At age 16 she began modeling for magazines in Paris and was given the stage name Nico by a photographer. With her new moniker, she moved to New York, plunging into a world free from constraints and borders. 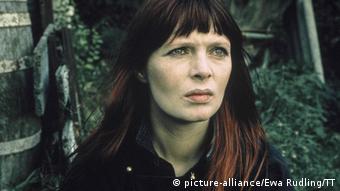 Nico, 1972: The former model turned gloomy. Her album The End ... was promoted by the record company with the question: 'Why commit suicide if you can buy this record?'

The biographical film Nico, 1988 presents the shards of what remained of the glorious decades before Nico's death in 1988. The film shows the model in her last year, marked by years of drug abuse and struggling to be recognized as an independent artist. Emancipation was her goal – she desperately sought to break free from the structures of her past. Although her life may have appeared unconstrained to many, she looked back on it as superficial and stifling.

Nico is considered to be one of the first supermodels and a pioneer of punk and goth. She called countless well-known men her lovers, and allegedly had a son with French sex symbol Alain Delon. She famously became a muse of New York artist Andy Warhol. In his "Factory" studio she met the likes of Mick Jagger, Jim Morrison and Lou Reed. She is sometimes referred to as an actress, mainly due to a performance in Federico Fellini's La Dolce Vita, in which she briefly plays herself. Is that how a self-determined person wants to define themselves? That is something she would ask herself over and over again.

Aiming to break out of a world defined by beauty, she finds an ally: heroin. The opioid changes her appearance dramatically, which helps her to move on from her celebrated beauty. Physical decay is what she desired. In one scene of the film, Nico, played by Danish actress Trine Dyrholm, sits in front of a mirror and says: "Am I ugly? Good, I was not happy when I was beautiful." 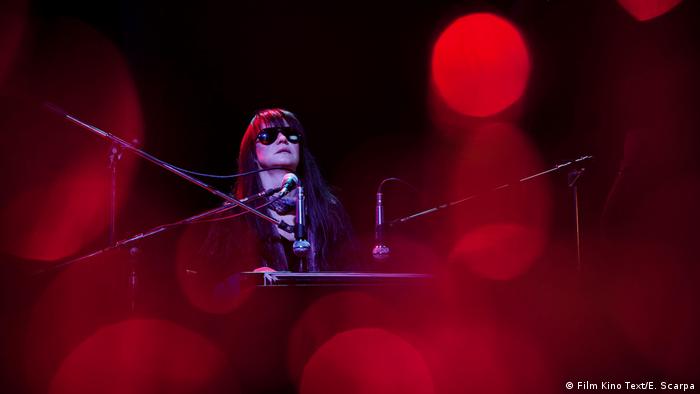 'Am I ugly?' asks Nico in the film. She longed to be freed from her beauty.

Not looking for sympathy

In the film, Nico is not portrayed as a fallen angel, but rather as an unlikeable figure. She is shown with her son Ari, whose paternity Delon has never recognized. Although he is only a small child, he accompanies his mother to parties in New York where drugs lay absentmindedly on tables. Ari was eventually raised by Delon's mother, but when he returned to Nico at age 19, she introduced him to heroin, even sharing syringes with him.

Nico sang on Velvet Underground's debut album in the late 1960s and then recorded six solo albums, including Chelsea Girl (1967). But by the 1980s she was appearing only on small stages, and often berated her band in front of the audience. Her morbid lyrics eventually earned her the nickname "priestess of darkness." She no longer wanted to be Nico, and longed to be called Christa again.

Leading actress Dyrholm and Italian director Susanna Nicchiarelli resist the temptation to generate sympathy for the protagonist. The atmosphere of the film is dark and drab, standing in strong contrast to the colorful world of high society that Nico once inhabited. Dyrholm sang all the passages herself – a considerable challenge considering her inconsistent vocals and challenging German accent.

Nico, 1988 opens in German cinemas on 18 July. The date marks the 30th anniversary of the death of the artist who passed away aged 49 on 18 July 1988 after a bicycle accident in Ibiza.

Rome's Vatican Museums are planning a show for 2019 presenting works by American Andy Warhol. The renowned pop artist is said to have been a regular church-goer. (30.01.2018)

Real or fake, America has become lodged in the popular imagination. A new exhibition of work by US artists explores this mythology and reconsiders what people can understand as "American." (08.12.2017)