Real or fake, America has become lodged in the popular imagination. A new exhibition of work by US artists explores this mythology and reconsiders what people can understand as "American."

The United States holds a unique place in global cultural consciousness – so much so that abstract concepts like the "American dream" and the "American way of life" are studied in classrooms around the world.

Uncovering the true meaning behind these concepts – and in essence, discovering what America really is – is the aim of the latest exhibition at the Frieder Burda contemporary art museum in Baden-Baden in Germany's Black Forest region.

"America! America! How Real Is Real?" opens December 9 and features some 70 masterpieces of US contemporary art that explore the mythologies underlining notions of America. The exhibit responds to the present political situation by posing questions about the intersection of the media and entertainment industry with fake news and alternative facts.

The exhibition was initially conceived by curator Helmut Friedel in spring of 2017 as a show that focused on the rich collection of American art that the museum owns. Sculptures by Jeff Koons, photographs by Cindy Sherman and portraits by pop artists like Andy Warhol were all gathered to create a common theme that explores the divergence between fact and reality in a political era where what is real or fake is increasingly ambiguous. 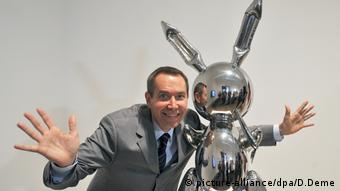 "It is very important to us that this exhibition stimulates an exchange of thoughts on current issues such as 'our attitudes to the truth' and 'respect for the truth' in both an individual and a global context," said Henning Schaper, who has been director of Museum Frieder Burda in Baden-Baden since May 2017.

Opening with scenes of disaster — such as Andy Warhol's silkscreens of mug shots, the electric chair or car crashes — the exhibition juxtaposes catastrophic realities with idyllic depictions of the "American way of life" by Hollywood and the media.

With questions about capitalism and consumerism first raised by the pop art movement of the 1960s remaining at the center of contemporary American art, "America America: How real is real?" doesn't present easy answers but instead provokes thought about the role of the US and its visual memory.

A triptych by Robert Longo explores the media's obsession with documenting newsworthy events 24/7 by creating a sharp black-and-white image of planes flying into the World Trade Center in 2001. A posed portrait by Cindy Sherman, made to look like Marilyn Monroe, continues Warhol's project of looking hard at celebrity culture and its impact on contemporary life. 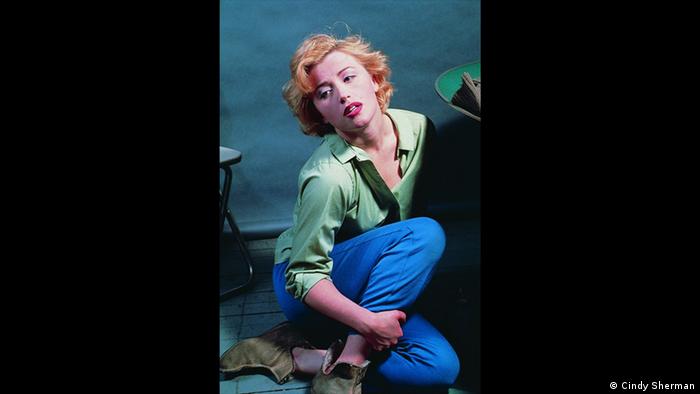 These contrasts are set up in a way that provokes European museum-goers to consider their own reality. Speaking of the development of the exhibition, curator Helmut Friedel notes how it responded to a shifting political environment over the months it was in the works.

"It became clear that, under the circumstances of changing and confusing political stances and statements by the US president, who was still new to us at the time, the question of what we had hitherto had in common with North America would take us beyond the confines of our own collection of abstract expressionism," says Friedel.

Varied in both their medium and their message, the 70 works of art on display in Baden-Baden may pose more questions about perceptions of reality than they answer. This relationship between real and fake, however, could be said to be part of the American artistic imagination.

Occupants of the White House have never been particularly fond of journalists. What is new, however, is President Donald Trump's very public campaign to de-legitimize the press. Michael Knigge reports. (03.05.2017)