How horizontal launchers could propel satellites and spaceflight from UK spaceports | Science | In-depth reporting on science and technology | DW | 29.03.2017

The question in the UK is no longer "should we stay or should we go" - it's now "should we go horizontally or vertically?" Confused? Don't be. It's all about space and how the UK plans to get there. 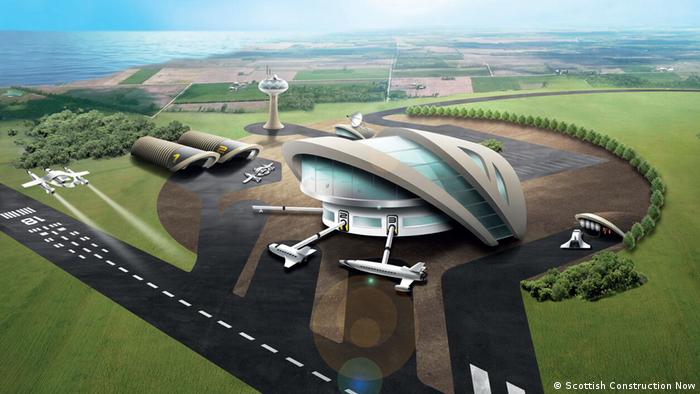 Here's a trick question: where is Europe's spaceport?

Answer: It's in Europe. Right?

Well, yes. But actually … not quite.

You see, "Europe's spaceport," as it is indeed sold, is in French Guiana. Technically, that is in Europe. French Guiana is a French colony, making it a European, or EU, jurisdiction - which is great if you happen to be there on a European cell phone plan because EU Roaming applies. Yeah! But geographically, the Guiana Space Centre is in South America, right next door to Brazil.

And that begs the question, at least for this writer, who will host the first spaceport on the European mainland? Now that's another trick question, because chances are it will be the UK - after it's left the European Union.

The UK wants its space industry to be a leader for science and commercial space activities. It wants a 10 percent share of the global market by 2030, worth a projected 460 billion euros. It will focus on smaller satellite launches and spaceflight for paying customers. That's "space tourism" to you and me.

"What we're able to offer in the UK would a site where you could launch a small satellite, so anything up to about 500 kilograms, which could be used for telecoms or Earth observation, into a polar orbit or a sun-synchronous orbit," says Claire Barcham, Satellite Launch Programme Director at the UK Space Agency. 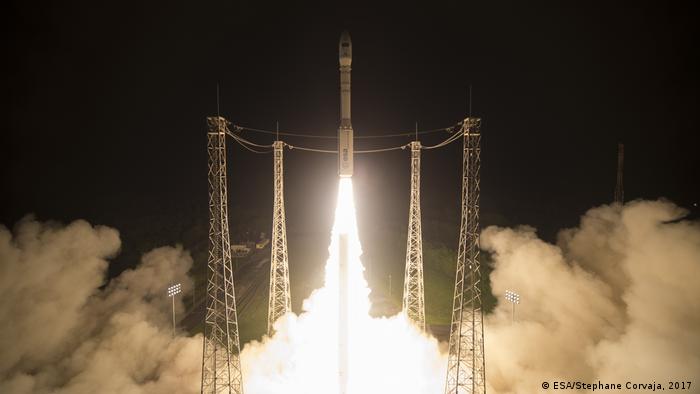 Both the European and North American space agencies are big on Earth observation for scientific, environmental and commercial ends. But the main driver for new launch options, says Barcham, are satellite constellations for telecommunications.

"These mega networks of linked, small satellites, which work together as one large array or constellation," says Barcham. "[They] provide services that you couldn't provide using a single large satellite or a smaller network of satellites."

It's this part of the market the UK wants to grab, and it will probably do it with small, horizontal launchers. While you might launch an entire constellation using a larger vehicle, like the Ariane or Soyuz rockets, you would replace individual components, says Barcham, with smaller vehicles. "And that's driving a competition between companies around the world to reduce costs, increase reliability and to optimize vehicles for small, frequent launches."

Over at Europe's spaceport in Kourou, however, the future is still rather on the large size. The European Space Agency (ESA) and Arianespace, which run the spaceport with the French Space Agency (CNES), do have their "small" Vega launcher.

But they are also busy building a launch site for the soon-to-be new Ariane 6 rocket. Just one look at the hole they have had to dig into solid rock for underground ventilation shafts is an indication of how big this thing is. What's more, they are still banking on this vertical launch technology: rockets that go straight up (more or less). 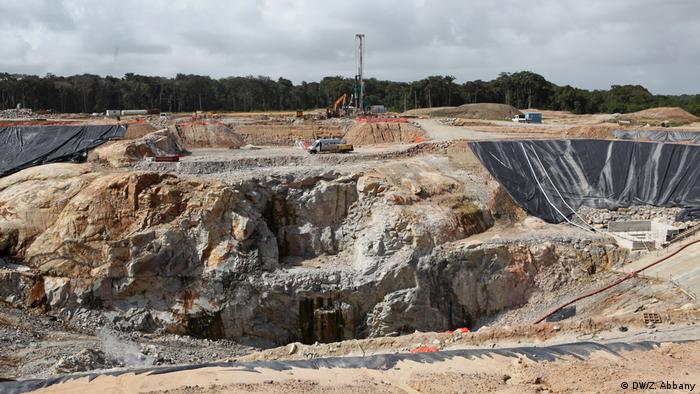 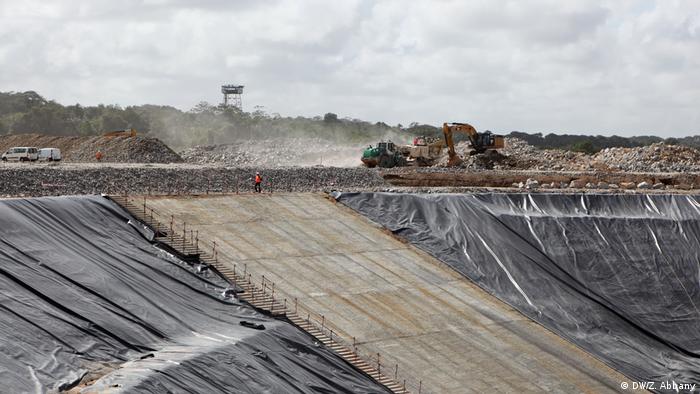 Built in solid rock: the ventilation system for the Ariane 6 launch pad will be subterranean

"First you have to find the best site for your launch azimuth," says Munoz. The launch azimuth is a rocket's initial launch trajectory or direction. It's important for ensuring safety - if a launch fails, for instance, bits of rocket could hit a built-up area - and it's also important for reaching your target orbit.

There are technical and structural considerations, and environmental aspects. There's always a solution, though, says Munoz, "it just depends on money, the time you have to build the site, and whether you can be sure it'll last for 30 years or so."

Back in the UK, time is in short supply. For one, the space industry promises vibrant prospects for the UK in terms of science, innovation, jobs, and a perhaps urgently-needed sense of national confidence post-Brexit. Second, the UK had wanted to open its first spaceport in 2018, but that deadline looks well blown now.

So to speed things up, the government is likely to opt for a spaceport for horizontal launchers. Rather than build a new site, they could convert existing infrastructure.

"The majority [of the proposed sites] are horizontal. We have existing infrastructure that we've been using as commercial or military airports," says Barcham. "That could be adapted to develop spaceport runways." 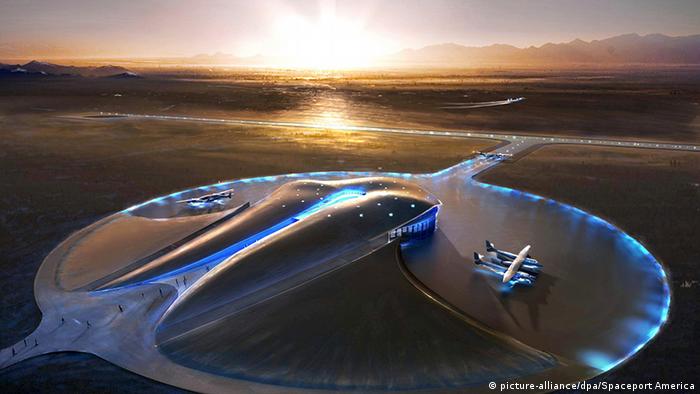 Horizontal launchers are go! An artist's impression of Spaceport America

Then there are technical advantages in a horizontal launch that could, for instance, involve a very large aircraft with a rocket underneath it carrying a satellite.

"That aircraft could take off from a horizontal site and potentially travel some distance until it has a clear path into the trajectory that it wants to reach before dropping its rocket to shoot up into orbit and deploy the satellite," she says.

Barcham says, by contrast, vertical launchers can limit your options for accessing the orbit you want.

The wider picture for future launchers is how to reduce costs, whether it's with expendable or reusable vehicles. 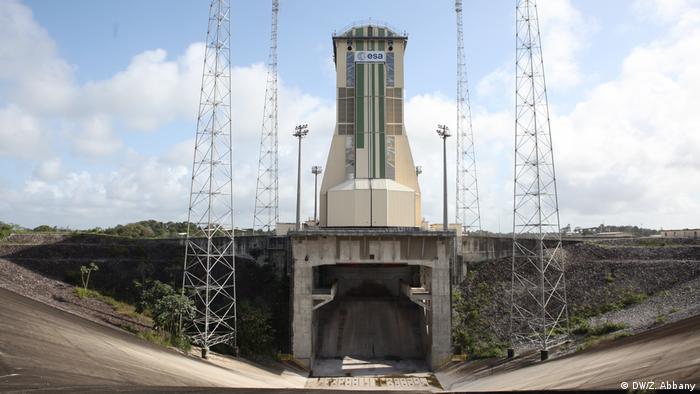 Soyuz launch site at Kourou: rockets release clouds of steam and other gasses. You can't build these sites just anywhere

Over at ESA, Jérôme Breteau of the Future Launchers Preparatory Programme says he is "cautious" about some of the research into horizontal launchers, like Virgin Galactic's White Knight and SpaceShipTwo concept.

"They are just at the edge of where the problems begin for an orbital system," says Breteau. "The job in launching a payload at orbital speed is to get out of the atmosphere as quick as possible and then accelerate, and SpaceX and Blue Origin do that."

But there is a qualitative gap between sub-orbital and orbital systems in terms of the energy you need.

Breteau says ESA welcomes what the UK is doing in the area of micro-mini launchers for payloads for low-Earth orbit. 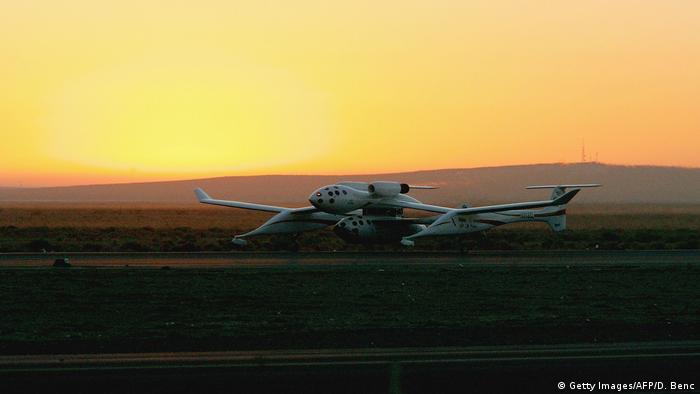 "There's a lot of initiative in this area, especially in the UK," says Breteau. "We're watching this carefully and we'll launch an initiative by the middle of this year to help materialize the promise [of micro-mini launchers]."

And the concept of "air-launched" micro-mini launchers, says Breteau, is very much in the race. For one, he says, it helps get around certain regulation, including safety issues, "because you can take off and launch from inhabited areas, you can launch from international skies - it's an attractive approach."

The UK announced a commitment to enabling access to space in 2014, so it's been in the works, if a little stalled due to the referendum on Europe. But Brexit or no Brexit, Barcham says this is a big year for UK space.

"For us this is about cornering two very exciting, potentially lucrative markets - launching small satellites and offering suborbital spaceflights, those flights that create micro-gravity, so you could use them for science or paid passengers," she says, "and you can do either from a horizontal or a vertical site."

Satellite launches and commercial spaceflight from spaceports dotted around the country. That's the future for UK space activities. The government has presented its plans in a Draft Spaceflight Bill. (21.02.2017)