How Germany′s stolen bikes end up in Ukraine | Europe | News and current affairs from around the continent | DW | 31.07.2021

How Germany's stolen bikes end up in Ukraine

Hundreds of thousands of bikes are stolen in Germany every year, with top-of-the-range models increasingly being targeted. Many eventually find their way to Ukraine. DW has been following the trail. 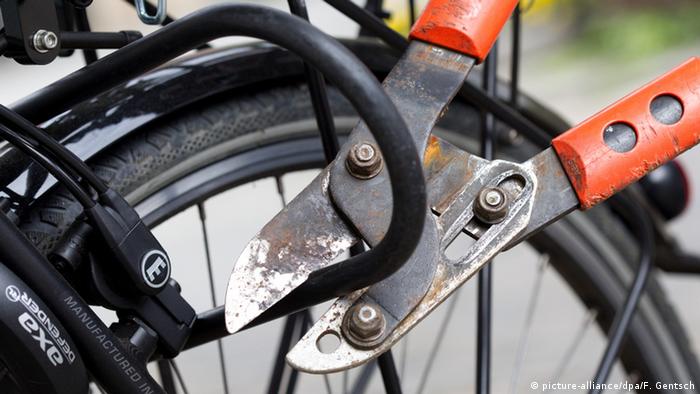 Bike theft is a growing problem in Germany

Anna from Berlin (name changed) bought her brand new red e-bike for €2,600 ($3,100) in January 2020 — but she didn't get to enjoy it for long. It was stolen in July, just six months later, from the storage room in the basement of her apartment building. Anna reported the theft to the police.

According to the Federal Criminal Police Office, the thefts of more than 260,000 bicycles, with a total value of almost €200 million ($236 million), were registered in Germany last year. More than half of these bikes were insured. The German Insurance Association (GDV) says that the trend in stolen bicycles is leaning toward top-of-the-range models and e-bikes.

GDV spokeswoman Kathrin Jarosch told DW that damages of €110 million were paid out in 2020, with the average compensation paid by insurers reached an all-time high of €730. Ten years ago, the average insurance payout for a stolen bike was €400. 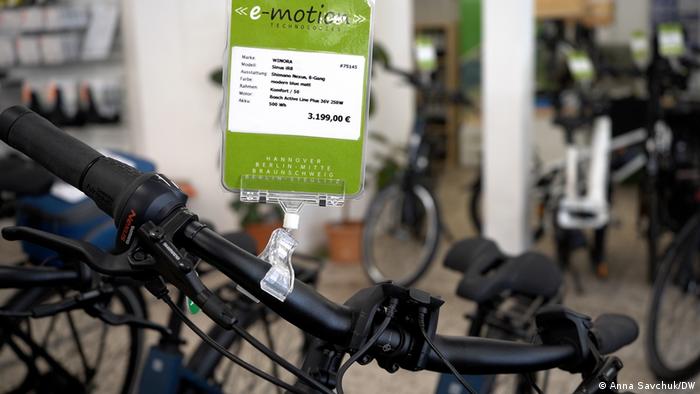 Germans are willing to pay a lot for a good bike

Police and GDV statistics show that the majority of bikes are stolen in the port cities of Hamburg and Bremen, and in the eastern states of Berlin, Brandenburg and Saxony. However, not many are recovered in Germany. According to the police, only 10% of bike thefts in Germany in 2020 were resolved.

Cheap, stolen bikes are often offered for sale on the internet, or at flea markets in Germany. Expensive bikes, however, are more likely to be dismantled into spare parts. The thief may attempt to sell them in one piece, but this is a risky undertaking in the European Union, because the police keep a register of stolen bikes and can quickly identify them by their frame numbers.

Consequently, thieves will very often try to sell stolen bikes in non-EU countries. When they are exported, customs officials may of course check the frame numbers at the border, but such spot checks are usually rare.

Where do stolen German bikes end up?

Thanks to some tips that came from Ukraine, DW managed to track down Anna's e-bike. It had made its way from Berlin to the central Ukrainian city of Dnipro. Volodymyr, a resident there, bought it in a store in the fall of 2020.

"Yes, I bought the bike for 26,000 hryvnia (the equivalent of €800)," he said. "The people who sold it said it came from Germany. But they didn't give me any papers, just a receipt. I wasn't surprised by the price, or the lack of papers; after all, it wasn't a new bike. I actually thought they could have sold it to me even cheaper," he said.

Batteries for a low-carbon future

DW contacted the store he mentioned. They said they sold "secondhand bicycles from Germany, among other countries" and that "papers were available" for all of them. However, when DW asked them to provide proof, or at least say what these documents were, they refused. It was emphasized that the store did not import the bikes itself; rather, it bought them via the online portal OLX.ua, or sold them "on commission" on behalf of private individuals.

Anna's e-bike was identified when the E-Motion store in Berlin, where Anna purchased it, verified the frame number.

The Ukrainian internet is full of "secondhand bicycles from Germany and the EU," and there are stores everywhere offering bikes like these for sale. However, there is no precise data on the number of secondhand bikes entering Ukraine from the EU. People who know the market say that estimates vary, from tens of thousands to upward of 100,000 per year.

However, importing large numbers of secondhand bicycles to Ukraine legally is a laborious process, and scarcely worthwhile, because transportation costs, customs and tax payments all bump up the price. "It's difficult to compete with stolen secondhand bikes; it's economically unviable," said Anton Vakulenko, the owner of a bike store in Kyiv. "That's why dealers in Ukraine prefer to sell new bikes, which is not an easy business." Mykhailo Umanez, on the other hand, is one of the few people in Ukraine officially importing secondhand bikes from the EU. "We have between 1,000 and 1,300 bikes coming through customs every year," he said. "We import them in batches. We mainly buy mountain bikes from German secondhand dealers, and city bikes from the Netherlands."

Umanez shows the papers he gives his customers in Ukraine. "As well as the receipt, there's a bike passport with the frame number, and a warranty. Some bikes also come with a manual or a service book," he said.

Everyone DW spoke to complained that the vast majority of secondhand bikes entering Ukraine are stolen. However, they also commented that buyers take little interest in documentation; low price is always the decisive factor. Vakulenko and Umanez, as well as other official dealers in Ukraine, say that in recent years the market for stolen bicycles in Ukraine has clearly shifted toward more expensive models, and that there are more and more e-bikes on offer.

City dwellers take to their bikes due to COVID

A man from Lutsk in western Ukraine, who requested he not be named, told DW that importing stolen bikes was not a problem. "You take them apart, then the numbered frames are hidden and the pedals and seats declared as spare parts," he said.

Drivers with minibuses often do the transportation. They collect packages in German cities and bring them all the way to Ukraine. "If you've got your own people at the border, you can bring whatever you like into the country," the man claimed. He added that the Ukrainian market is now so saturated with stolen bikes, especially e-bikes, that they are being sent on to Russia, and further on to Kazakhstan.

Can a German owner get their bike back?

Anna from Berlin was very surprised to hear that her bicycle had been found in Dnipro, Ukraine. But she doesn't want it back. And Volodymyr, who bought it, doesn't want any contact with Anna because he's afraid the police would want to talk to him. 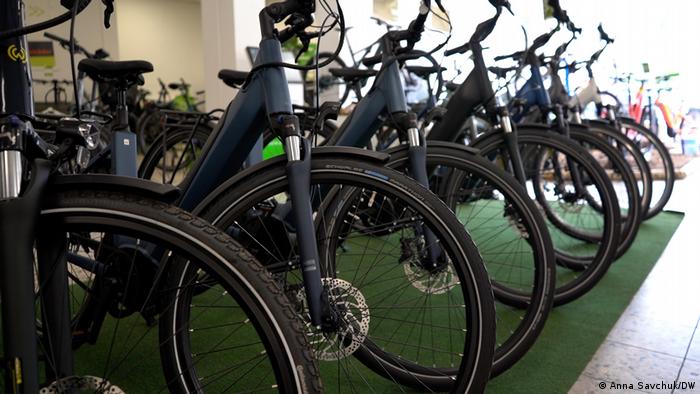 DW asked the German and Ukrainian authorities whether any action was being taken to stop the movement of stolen bikes. The police in Berlin said they were not aware of any operations of this kind, nor was there any cooperation between them and the Ukrainian police in tackling bicycle theft.

Incidentally, the Ukrainian police do not consider the importing of stolen bikes to be a big problem. "There are no plans to compile statistics on the detection of stolen bicycles from Germany and other EU countries," the Ukrainian criminal investigation department told DW.

Meanwhile, Ukrainian customs report that a grand total of 17 customs regulations violations involving bicycles or spare parts were logged in 2020. In 2019, the total was seven. Anna's bicycle was not among them. It seems it didn't have any problems crossing the Ukrainian border.

Paris wants to give €500 subsidies for e-bikes

The Île-de-France transport authority plans to offer citizens €500 to buy an e-bike in 2020. A growing number of local and national governments are following this model to make green transportation a cheaper option.

The coronavirus pandemic has given a huge boost to internet crime. The number of offenses is on the rise while the number of successfully solved cases is stagnating in Germany.