How fashion impacts our mental wellbeing

Are you comfortable in your clothes? Because the garments we wear can affect our mental state in positive and negative ways. 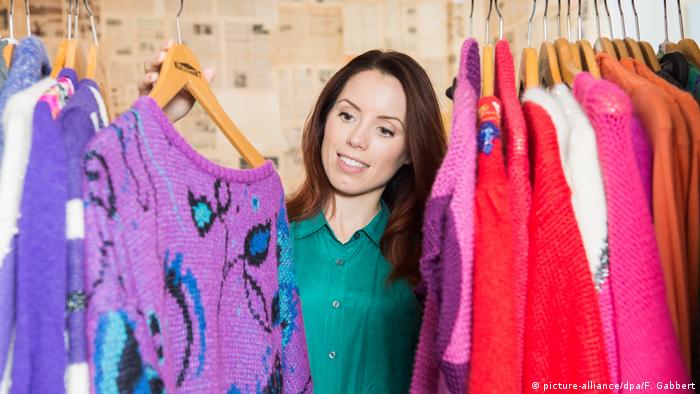 Getting dressed in the morning: it's a task we do daily, some more consciously than others. We get dressed for work in the morning, choose casual clothes for lunch with a friend or maybe dress up for dinner in the evening. And with each outfit we — intentionally or unintentionally — communicate non-verbally to the outside world.

It's no question that what we wear is who we are because fashion is a way for us to express ourselves, our identity and even how we feel. The clothes we wear daily reflect the way we want others to perceive us and how we see ourselves. Clothes even influence our cognitive abilities.

In 2012, researchers from Northwestern University in the US found that wearing specific articles of clothing had an effect on the wearer's psychology and performance. The researchers concluded that clothes have a symbolic meaning. When we wear an article of clothing with a specific meaning, these clothes can influence our psychological state. It's called "enclothed cognition."

For example, a lab coat is associated with intelligence and scientific thinking. When a person wears a lab coat, these characteristics symbolized by the coat seem to have positive effects on their performance of specific tasks, according to the researchers. The study results show that what we wear, and the symbolic meaning we associate with specific fashion items, has measurable effects on our mental state. 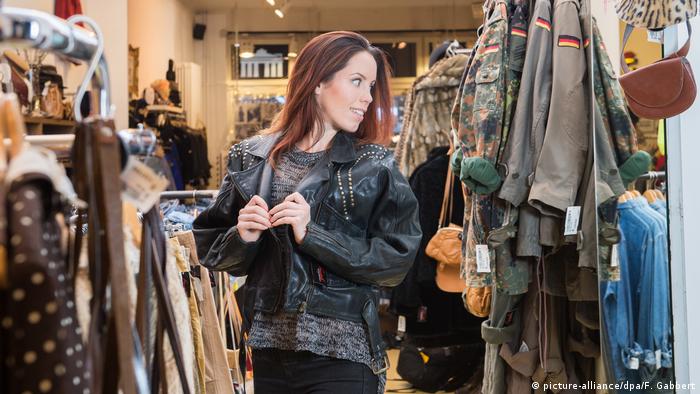 "This experiment really shows how clothes can affect our attention, how we feel about ourselves and our competencies," says Camay Abraham, who has a Master degree in Applied Psychology in Fashion from the London College of Fashion.

These effects can be positive, but also negative. "It could mean a negative state of being if the item in question is known to be associated with a negative construct," says Abraham. So "enclothed cognition" is a two-way street, just like our daily clothing choice can make us feel good or bad.

On days where we don't feel our best the clothes we wear can make us feel better and act as our potential armour. On those days, I personally find it difficult to combine the right outfit. Sometimes I try to imitate someone else's style because on them it makes them look fierce; however I quickly realize that those same clothes don't have the same effect on me. And so I become uncomfortable; I’ll be tugging and pulling constantly on the garments I’m wearing, acutely aware of what I put on.

The consequence is usually to never wear it again. In making this decision, fashion journalist Abraham sees a relation between cognitive dissonance and fashion. The term 'cognitive dissonance' describes a psychological phenomenon where an action that doesn't align with our personal beliefs or values leads to a conflict that causes a mental uneasiness. To reduce the mental discomfort, we either change the action so that it aligns with our beliefs again or we convince ourselves that the action is actually what we want to do.

In my case, by not wearing that type of outfit again, I bring my actions and beliefs back into alignment.

"You realize that the style doesn't fit your beliefs, ideals, or values, so psychologically you feel uncomfortable and will try to dissipate those feelings by changing your style," says Abraham. And I do, I will go back to wearing what makes me comfortable. Alternatively, we convince ourselves that the outfit is to show a new part of ourselves and is exactly what we want.

Dressing how you want to feel is a way to embody the state of mind you seek and to shape other people's perception of you in a positive way.

But fashion doesn't simply shape our perception and self-expression; fashion also influences how we are treated by other people which in turn can impact our mental wellbeing.

Abraham offers an example: "By wearing the newest trends, people may be more accepting of you because you are following within this framework of what is acceptable in society at the time."

Clothes signify how we want to be treated, what social group we belong to or want to be accepted into. Acceptance for who we are and what we wear gives us peace of mind, just as wearing clothes we are comfortable in can positively affect our mental state.

How to trick your brain to stop worrying and overthinking 19.09.2022