How cloud gaming is changing the scene

Technological advances and digital games have always influenced each other, with new genres coming and going all the time. Cloud gaming, a streaming service, is the latest development.

The big tech companies want their share of the cloud gaming market, with Google sending Stadia into the race, Microsoft the Xcloud project, Electronic Arts the Atlas project, Nvidia the service GeForce Now, and Sony its Playstation Now. Cloud gaming enables players to stream digital games via the internet on any device with a screen, making it a kind of Netflix for games. Some consider the service a way of democratizing gaming, while others are skeptical because they say games are an interactive medium and time delays caused by a poor internet connection can lead to "death on the screen."

Although the next generation of consoles could be released next year, the new Playstation will be aimed at hardcore gamers, manufacturer Sony said. In other words, it's for players who want to immediately experience the latest game with optimal quality in graphics. Cloud gaming, on the other hand, targets the mass market, aiming to appeal to casual gamers, said Juancho Carrillo of the Spanish cloud gaming provider Play Giga. These people might not consider themselves to be players, but may occasionally fiddle around on their smartphone for a few minutes a day, moving pieces of candy around, building a fortress or solving puzzles. 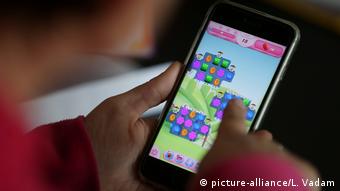 A typical casual game that is played on smartphones around the world: "Candy Crush"

Real gamers smirk when it comes to these sorts of "casual games," yet they are commercially very successful since they reach a large audience rather than just a select group. What they have in common is their basic level of difficulty. They're easily accessible and do not require any special skills on the part of the players, and they're generally free. The game companies earn their money from in-game purchases: a bag of gold coins to advance faster, or a fancy uniform to give your character an individual touch. In addition, the levels are relatively short, with the next goal reached in just a few minutes. 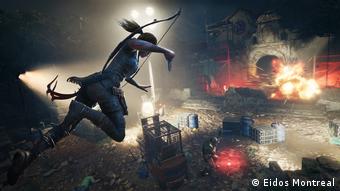 As Lara Croft, jumping, running and shooting: players first have to learn to do that well

This distinguishes them from games such as Tomb Raider, Grand Theft Auto and the Assassin's Creed series. Such games require players to invest much more time and use a variety of keys on either a controller or with a mouse and keyboard. Not everyone can do that well. "In contrast to films, the reception of games is simply much more complex," said Jochen Koubek, media scientist at the University of Bayreuth, the only German university that offers a course in computer games. "In order to play a game, you have to be willing to do much more, and also be committed to it."

"The fact that one is even able to play such a game is not as widespread as one might assume, since smartphone games are not devised in the same way console or PC games are in terms of the keys or the hand-eye coordination required."

Read more:How to deal with a toxic gaming culture

Spotify has altered pop music, while Netflix has further fueled the mania for series. What impact will online game libraries have on digital games themselves? "Some fear that cloud gaming will, like Spotify or iTunes, lead to the devaluation of computer games as a medium," said Jochen Koubek. When hundreds of games are offered on cloud gaming platforms, they compete with each other. "Once a player's frustration grows, he won't say 'Ok, I've invested 30, 50 or 60 euros, so I'll stick to it.' Instead, he'll just move on to the next game. That leads to games being made differently."

This development is evident in smartphone games. "These games are oriented towards the mass market and take into account what works for the majority of people," he said. That's facilitated by the data that companies access from online gamers. With it, they see what users like, where they stop, which psychological tricks work well, and what players are actually willing to pay money for. 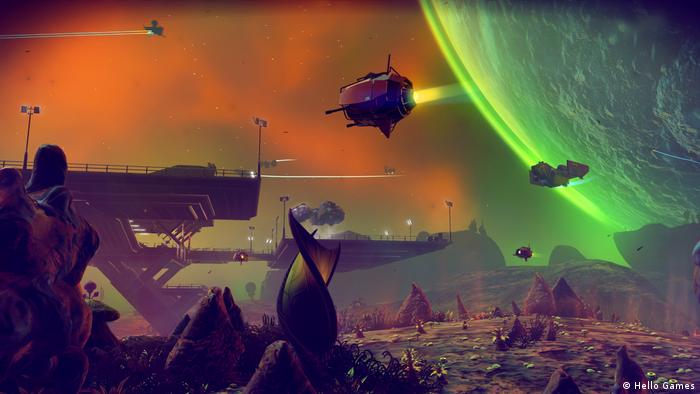 Discovering new worlds, tapping into resources, upgrading spaceships, and players fly off again: "No Man's Sky" is a classic game of exploration

Over the course of time, new technologies have led to the creation of new genres. With regard to cloud gaming, it will only be possible to see what those developments are in retrospect, although some tendencies are already emerging. Examples include games meant for the masses, casual games, games for the whole family, games that are not too difficult and are not entirely disrupted when there are second-long delays. These include puzzles and construction games, for example, or exploration games like No Man's Sky, in which players travel from planet to planet, discover plants and animals, tap into resources, upgrade their spaceships, and fly on, with the cycle starting all over again. 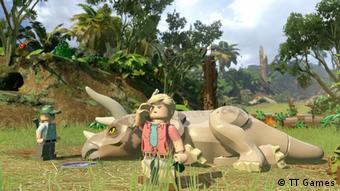 A family-friendly game two players can play sitting next to each other on the couch: co-op games like "Lego Jurassic World"

Quiet role-playing games which focus on the development of characters are another option. Couch co-op games, in which players sit next to each other and compete, could also make a comeback. At PlayGiga, this type of game is in high demand.

A change in image

More than 2.5 billion people worldwide play digital games, but if cloud gaming gains more ground, that number will continue to rise. It will also impact how gamers and players are perceived. The cliché of the pimply teenager sitting at his desk in a darkened room between mountains of pizza boxes and bottles of energy drinks while targeting terrorists remains steadfast. But if everyone starts playing, that will change. "People will realize that they're just modes of entertainment," said Koubek. "You don't have to be a certain type of person to like something like that. Suddenly, you will turn into 'those other people,' and then the others suddenly become you," says Koubek. That, too, is nothing new in the history of media. 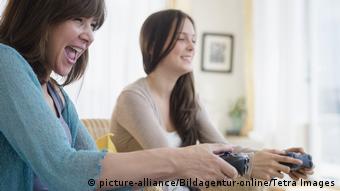 Playing together: fun for the whole family?

"Each distribution channel that includes games contributes to making them more mainstream," added media scientist Philipp Bojahr of the Cologne Game Lab at the city's TH technical university. "This has happened again and again with every medium in the past. In the beginning, people are always skeptical, then some niche group accepts it, then it enjoys broad popularity. The book was once demonized, film was rejected, but nowadays, people everywhere cherish these types of media. Apparently. it will only be a matter of time before people won't view others as odd for having stayed up all night playing games. After all, watching a series all night is hardly unusual – that's something no one could have imagined 20 years ago.

Gaming addiction: It's not for how many hours you play

The Gamescom in Germany is Europe's biggest trade fair for interactive games. DW talked with media scientist Jörg Müller-Lietzkow about gaming addiction, with the expert in the middle of a virtual car race. (23.08.2018)

Germany's video game association has warned that without state support, developers stand little chance in a booming industry. But the government could be looking to change that. DW examines the situation. (26.08.2018)