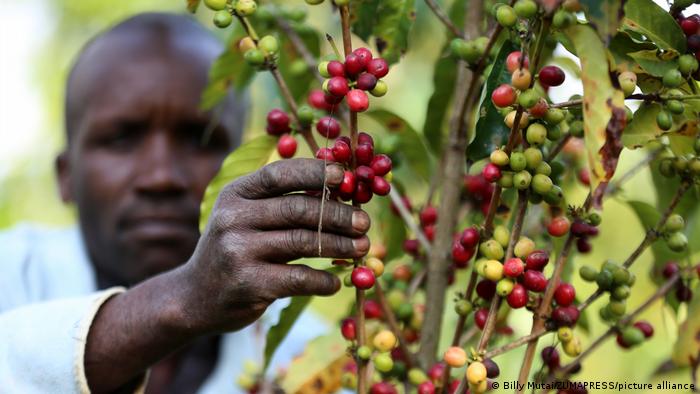 Some savor the taste, others drink it to stay awake. Whatever the reason, the world has a seemingly insatiable taste for coffee.

Some 169 million bags of coffee were produced in the 2019/2020 coffee year, according to the International Coffee Organization.

But the future of coffee is gloomy. About 60% of wild coffee strains worldwide are in danger of extinction, according to a study by the US journal Science Advances. This includes Arabica, a coffee species that accounts for over half of worldwide coffee production. 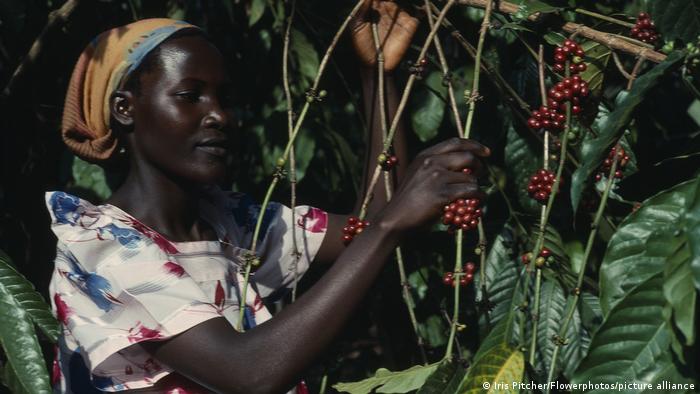 Arabica coffee, here being harvested in Uganda, is the world's most exported coffee species

Coffee farmers like Mercy Njambi in Kenya have long felt this worrying trend.

"We used to produce a lot of coffee," she told DW pointing to the red coffee cherries dotting the plants on her farm in Muranga County in central Kenya. "What we are harvesting now is nothing compared to 10, 20 or so years ago."

The droughts last longer, and there are more pests causing damage, the father of two said.

"People drink coffee all over the world. We ask them to help us because the environment is changing, and soon you might not get to enjoy that cup of coffee," he added. 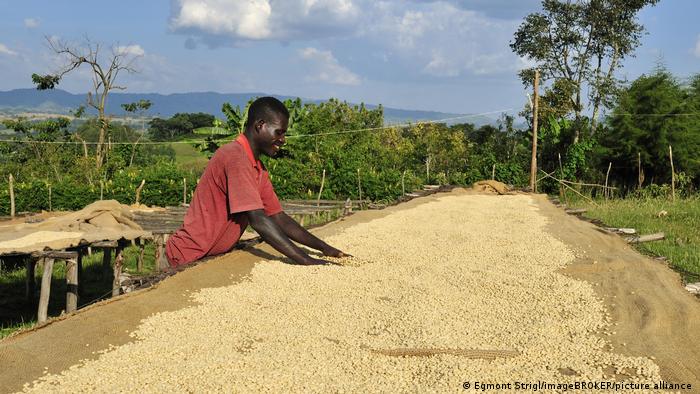 Not only is coffee indigenous to Africa, it is also the region with the most coffee-producing countries.

About 10 million farmers plant coffee across 25 African nations. Ethiopia, where the habit of drinking coffee first developed, along with Uganda, Tanzania and Kenya produce 80% of Africa's total coffee exports, according to the UN Conference on Trade and Development.

From an agricultural standpoint, East Africa is one of the world's best regions for coffee farming. The highlands have moderate temperatures but enough rainfall to keep the soil fertile.

Climate change is threatening this delicate balance. "Without appropriate measures, experts assume that climate change will reduce coffee growing areas by about 50 percent worldwide by 2050," finds a new study  by the World Resources Institute.

This would have serious consequences for Africa, says Hauke Engel from the McKinsey consulting group.

"This number actually hides a much bigger problem. While some other areas may become suitable for coffee farming due to climate change, growers cannot simply get up and move away," he told DW.

Will coffee still be around in 30 years?

One such buyer is Muthoni Schneidewind, the founder of the online shop Chania Coffee, which sells fair trade coffee from Kenya.

Schneidewind grew up in a family of coffee growers in the heart of Kenya and her father is one of her suppliers.

"I can't promise my customers that they'll be able to buy coffee from me in the 30 years time," she told DW.

At the moment, she's focusing on ways to help coffee growers stay in business.

"My whole village relies on coffee, it is our heritage and we have to preserve it," Schneidewind said, adding that her business has begun training farmers to get the most out of their plants.

"We started supplying these coffee farmers with new coffee plants, we were able to test the soil and decide to see where coffee was better suited to grow," she explained

Additionally, her company encourages farmers to grow a diverse range of crops such as bananas, macadamias and others alongside coffee to provide additional sources of income. 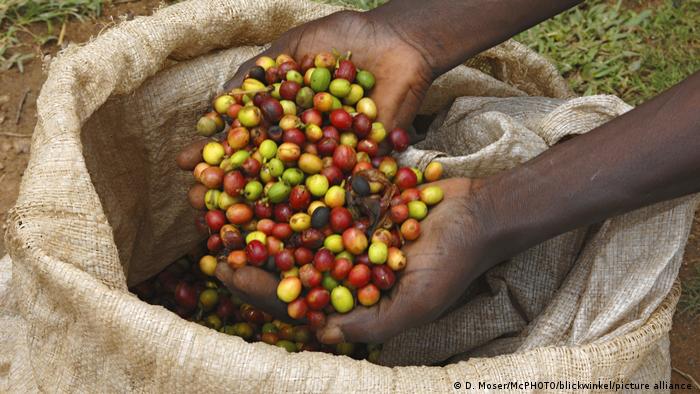 With coffee harvests diminishing, farmers are being forced to grow other crops

Coffee farmers can learn from cocoa

Coffee farmers could learn from cocoa farming in a bid to save itself from climate change, said senior researcher and cocoa expert Friedel Hütz-Adams at the Südwind Institute for Economy in Bonn, Germany.

"Cocoa and coffee are relatively sensitive to changes in climate and finding strains of coffee resistant to climate change and farming them would help," Hütz told DW.

Without support from governments and companies, coffee farming in its present form can't be saved, Hütz-Adams believes.

"Investments are necessary because it takes years for coffee or cocoa plants to bear fruit, and it costs thousands of dollars," he said.

For small-scale coffee farmers, who often earn just enough to keep their families fed, these sums of money are impossibly large.

"If we want to develop a sustainable coffee growing system, we have to pay prices that allow farmers to make the necessary investments," Hütz-Adams said.

Without this, coffee production in Kenya, Uganda and Ethiopia could cease in just a few decades.

Farmer's like Muthoni Schneidewind's father face losing their way of life but also their coffee-growing heritage.

This article was translated from the German and adapted by Cai Nebe.

Can coffee growing in Mozambique save a rainforest and keep the peace?

Conflict and logging have decimated Mozambique's central rainforest. One coffee project is trying to restore lost trees. Some hope it will also help keep fighting at bay.

Home to wildlife and coffee plants, Ethiopia’s cloud forests are under a preservation order. That has led to the local population learning to live off the forests in a more sustainable way.