Twenty years ago, the historic building in Berlin which now houses the Bundestag was transformed for two weeks. As a new exhibition shows, the event was a strong symbol for the reinvention of the city. 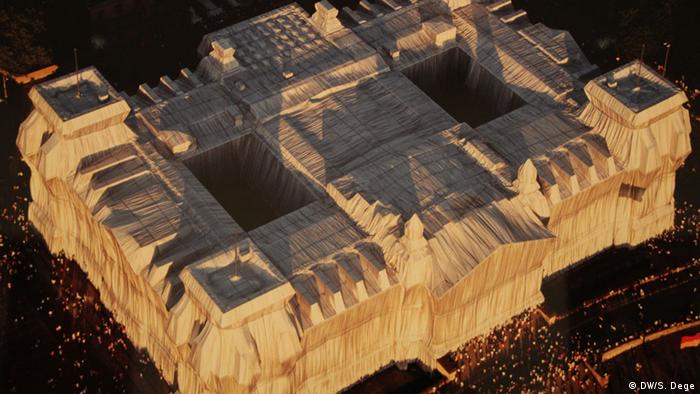 Organizers expected that some 500,000 visitors would come to admire Christo's installation "Wrapped Reichstag" during the summer of 1995. Instead, five million people showed up.

The Bundestag (German Parliament) had not moved back to Berlin from Bonn yet. At the time, Christo's initiative was highly controversial among the country's decision makers. After intense discussions, supporters and opponents led by Chancellor Helmut Kohl voted on the project, and a slim majority gave it the green light.

The artist had been struggling to achieve this for over 20 years with his now deceased wife Jeanne-Claude. They had to get a large bureaucratic apparatus on their side: members of parliament had to be convinced, governmental agencies informed and lobbyists mobilized.

This week, as the now 80-year-old artist stood next to Bundestag President Norbert Lammert - who recalled the long procedure at the opening of a new permanent exhibition on the installation - Christo was visibly proud of the achievement. 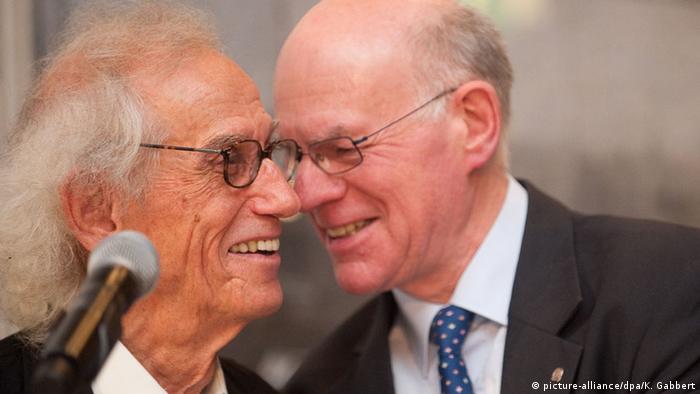 The guests of the opening on Wednesday (25.11.2015) included basically all the major representatives of the time, among them former Bundestag President Rita Süssmuth.

Christo's art appeals through its simplicity. He covered the building with silvery fabric and tied it up with a blue plastic rope. For 14 days, the wrapped-up Bundestag gleamed in Berlin, offering a symbolic prelude to the reinvention of the city.

At the time, Berlin's reunification process was in a phase of disillusion, affected by the deindustrialization of the city and the loss of government subsidies. As enticing and elusive as a mirage, Christo's installation and participating Berliners gave the country's civil servants a reason to spontaneously learn how to smile, wrote author Monika Maron. 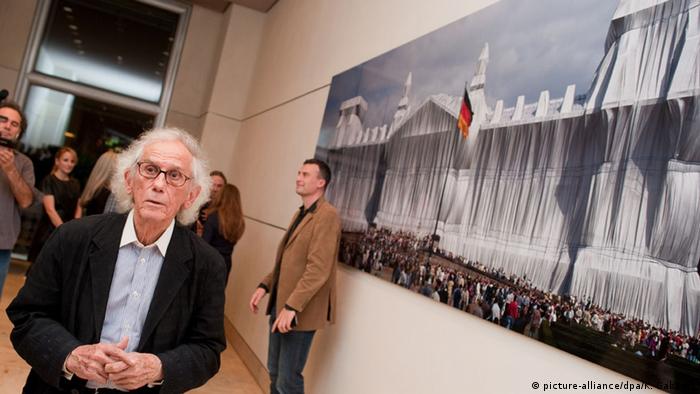 Artist Christo and an impressive photo of the installation in 1995

Christo's ephemeral work of art, still analyzed from all perspectives today, disappeared from the cityscape but left its mark. To many Berliners and to those who joined the happening from all over Europe and the world, including many musicians and street performers, it remains a milestone in city history. Along the way, it impacted the self-image of the entire country.

"A cheerful, peaceful serenity took over the lawn in front of the Reichstag," commented a German newspaper. All those who want to relive the experience can once again head to the Reichstag, where the sketches, models and photos of the "Wrapped Reichstag" are now on permanent display.

Twenty years after artist Christo spectacularly wrapped the meeting place of the German parliament in silvery foil, a permanent exhibition on this hugely successful event has gone on show at the Reichstag in Berlin. (25.11.2015)