From Jan Vermeer to Renoir: Hidden paintings have been found concealed behind famous artworks in 2021. How do art restorers reveal these details? 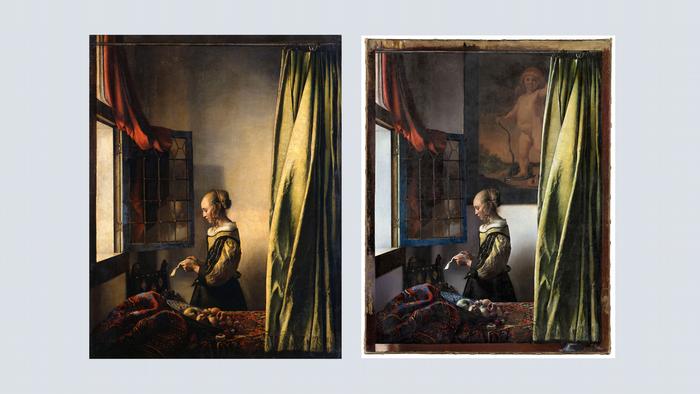 Experts of the Dresden State Art Collections were astonished when they closely examined Vermeer's "Girl Reading a Letter at an Open Window" using technical equipment: Under a layer of paint hid a youthful Cupid.

The artist had painted the figure on the wall behind the girl, who seems to be reading innocently. After two years of work to reveal the original, the painting was presented to a surprised audience.

With only 37 paintings, Vermeer's oeuvre is rather small, contributing to the excitement that the finding in Dresden triggered in the world.

The museum is now celebrating the painter with the exhibition "Johannes Vermeer. On Reflection."

"Uncovering parts of paintings that have been drawn over is not always as meaningful as in the case of Vermeer," says Maria Galen, expert for modern art and gallery owner in the western German city of Greven.

"Vermeer used the figure of cupid four times — as a 'picture-in-picture,'" according to Uta Neidhardt, senior art conservator at the Dresden Museum.

Research and state-of-the-art laboratory tests have unambiguously confirmed that the love god, painted in brown and ochre tones, was covered up by a different hand that also covered up the amorous statement Vermeer originally wanted to make. But the case is not always this clear.

Searching for the perfect picture

What complicates the matter is the fact that pictures can be painted over in the most varied of ways.

Cologne's Wallraf-Richartz Museum is currently holding an exhibition called "Revealed! Painting techniques from Martini to Monet." A section of the exhibition engages with such artistic interventions.

"Painters have always sought the perfect picture," says Iris Schaefer, chief art restorer at the museum. "There are only a few paintings, which are free of pentimenti," she adds.

"Pentimenti," the singular form of which is "pentimento," essentially means the presence of images that have been painted over. This includes corrections, changes in motif and color, and even artistic interventions to the point of complete destruction of artworks. 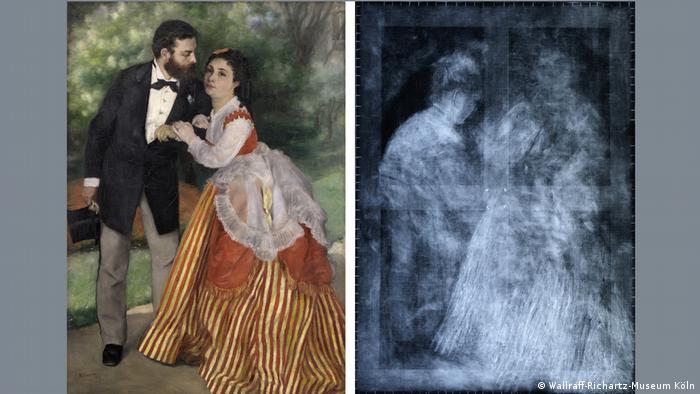 But what drives artists to change their work? "There were many reasons for that," Schaefer says. Sometimes artists had doubts regarding their self-worth, often actual life crises. Then again, criticism from observers, art dealers or buyers had consequences for the artwork.

But were "pentimenti," or later changes in a painting by someone else, also executed to adjust the artwork to new moral ideals? According to Schaefer, it is not always easy to differentiate between the two.

In order to reveal the secrets of old paintings, restorers today use a growing arsenal of investigative methods. Even observing with the naked eye can reveal brush strokes which point to possible overpainting. Stereo microscopes allow 3D-vision with up to 90 times magnification. X-rays, infrared and ultraviolet rays seep into different depths of the picture's surface and convey painting canvases or signature lines.

Art technologists at the Wallraf-Richartz Museum were astonished when they X-rayed "A Couple" by August Renoir (1841-1919).

Instead of the man and woman standing together at a park seen on the 1868 oil-on-canvas painting, the X-ray revealed a completely different image of two women sitting opposite to each other. "We thought we had pulled out the wrong painting from the developer fluid," Schaefer remembers. 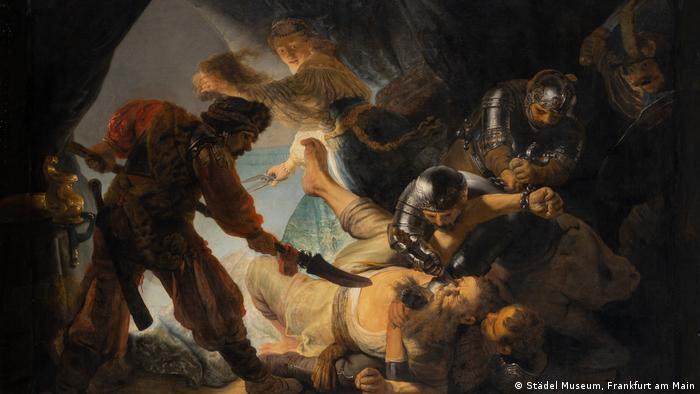 Art restorers are now analyzing Rembrandt's 'The Blinding of Samson'

The chemistry of color

Even more astonishing is the macro X-ray fluorescence analysis, or MA-XRF, which is a sophisticated method that allows the observer to look under the surface of an object without causing any damage.

The process helps recognize the composition of colors and comprehend the painting process. As part of a big research project, the Frankfurt Städel Museum has already exposed unknown parts of the Altenberger altarpiece using a process called "Element mapping."

Since spring 2021, one of the main paintings in the museum, Rembrandt's "The Blinding of Samson" is under the scanner.

The master's works are being researched not only from the point of view of art history, but also using the latest technology, as was the case during the huge research and restoration project called "Operation Night Watch" that was carried out by the Rijksmuseum in Amsterdam.

During Rembrandt's time, the owners of his famous painting "The Night Watch" had cut it with scissors so it could pass between doors. The restoration process allowed experts to reconstruct the missing pieces of the work.

Cologne art restorer Iris Schaefer admires the global museums in Amsterdam, Frankfurt, London and Washington, which have financial resources for devices that cost millions. "Incredible to see all that's possible," she says, although artists were not always happy with everything that resulted from technology and the art of restoration.

A change in attitudes

In the past centuries, artists restored their own works and thanks to their skills, they were also hired to maintain and improve other artworks. Even in the 19th century, it was common to overpaint and regild damaged artworks. "I cannot believe that artists were happy with this," Schaefer says. 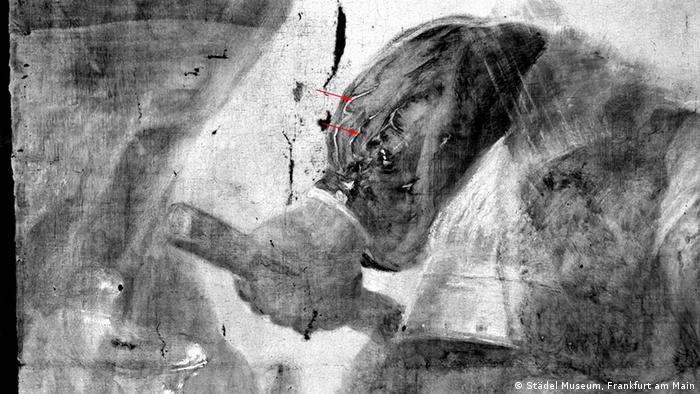 An MA-XRF image of 'The Blinding of Samson'

Only around 1900 did painters begin specializing as restorers and the profession was born.

To become a restorer in Germany today requires a university degree. Art history is mandatory as is an understanding of technology. "Our profession is linked to a code of conduct," Schaefer says. "There are strict rules regarding intervention in art and cultural objects." The integrity of the artwork has the highest priority. "There has been a change of attitude here," she adds.

A change that has also proven beneficial for Vermeer's "Girl Reading a Letter at an Open Window." For a long time, the painting stood for the meager interior of a chaste soul. The empty wall with the girl's dainty silhouette emphasized the contemplative stillness of the work.

After 200 years, the painting now tells a completely different story: behind the girl is a naked youth. The window is open, the curtain in front of Cupid is drawn to a side, a bowl of fruit spills over with shiny apples and delicate, fuzzy peaches, possibly displaying the tension between external calm and inner tumult, or even longing for love. Vermeer's original secret seems to have been revealed.