"Portrait of a Lady:" Experts examined a dusty old painting from a family collection — and found it to be a work by 17th century Flemish painter Rubens. 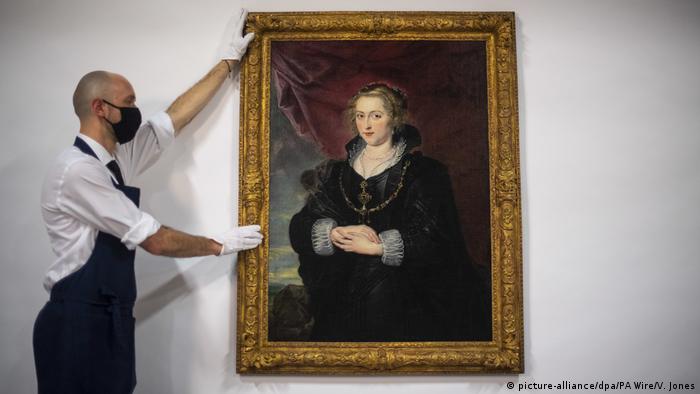 The painting hung in a family's art collection for generations, gathering dust. An anonymous seller turned to the renowned auction house Sotheby's to have it appraised, and the experts determined it is an original by the famous Flemish baroque painter Peter Paul Rubens (1577-1640). Herbert van Mierlo, who appraises such submissions for Sotheby's, told DW about the process involved.

DW: You take a close look at works of art when they are submitted to Sotheby's before they go under the hammer. Does finding a million-dollar treasure like the Rubens recently discovered - perhaps hidden away in hallways or attics - happen every year or is this an absolute exception?

Herbert van Mierlo: It is an exception. But it does happen from time to time. Sotheby's is an international auction house that operates worldwide, and I'm not the only expert who appraises and estimates the objects. There are a few hundred colleagues with this kind of expertise. 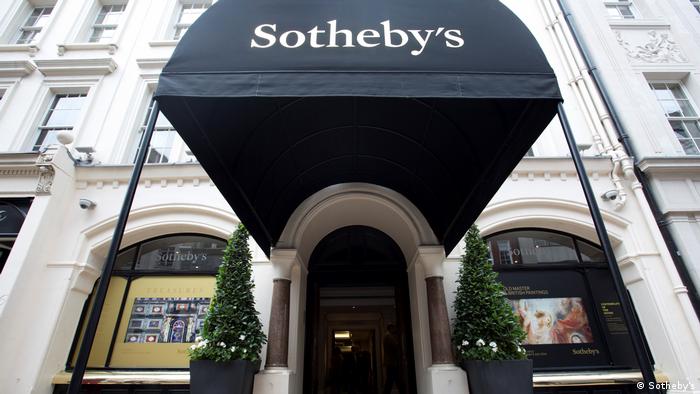 In this case, we're dealing with a valuable painting by Peter Paul Rubens: "Portrait of a Lady," part of a family collection for more than 100 years. When Sotheby's is notified of that kind of find, do you immediately go check it out to see if it is genuine?

There is no fixed scenario. When potential clients call with that kind of work or object, we first ask for a photo. That gives us a first impression. And because we have a lot of experience at Sotheby's, we can see at first glance whether it holds potential.

You mean whether it is potentially valuable? Couldn't it be an excellent forgery?

Not necessarily a potential for value. There are different steps. We see whether the object is fake, a copy or just a bad painting, a mass-produced work of art, and whether the photo shows certain quality features. 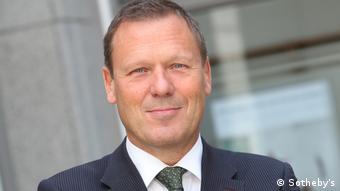 Dr. Herbert van Mierlo specializes in Old Masters paintings and sculpture among others

With painters like Rubens, it can't be that easy, many paintings from his workshop were done by students and assistants. Is a painting from the master's hand much more valuable?

We know about "Portrait of a Lady" - the painting has been written about. It was in a family collection for 139 years until an anonymous buyer bought it in 2017 for £78,000 (€85,000), listed as a work from Rubens' workshop. And the master had a very large workshop!

So it was believed to have been painted by one of Rubens' assistants. But the buyer hoped it was an original by the master, so he took it to Sotheby's for appraisal. And now he's selling the work — which is estimated at £2.5 to 3.5 million (2.75 to 3.8 million euros).

The painting was very dirty, so the previous owner had it cleaned. Our expert in London, Andrew Fletcher (head of the Old Masters department at Sotheby's), determined it to be a genuine Rubens. As a rule, you then consult recognized experts in museums as well as other experts specialized in Rubens' work. If they all agree that it is indeed an original work by Rubens, you get a completely different value.

As an experienced art historian and as someone who knows a lot of painters and artists and their works of art, do you still sometimes consult other specialists, for instance for modern art and a Picasso?

Usually, this is how it goes: say there is an estate sale with silver and china for sale. I have a look, and perhaps there already is information about the individual objects— often purchased by parents or grandparents — like old invoices. 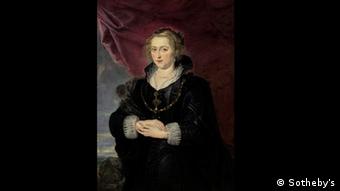 I am an art historian and have a specialty, I've seen a lot of art over the years, yet I am not omniscient in other area,s but I do know what to look for. I catalogue and photograph the objects or paintings, measure them and add that information. Then I consult my international colleagues, who all have their own areas of expertise, say Old Masters, 19th century painting or Impressionists. There is a global network of experts.

This can be enormously important, because we then advise the owners to bring us the object so we can do more intensive research — or the expert from London or New York or Italy goes to see the painting in the original.

Is it important for such a valuable historical painting to still have a frame? Could this also tell you and other specialists like you some of the story behind a work of art?

Yes and no. First and foremost, it's about the painting. But when you are examining a valuable painting, frames can also become important. There once were artists who specialized in making them. For instance, the English artist Grinling Gibbons (1648-1721) — he was a very fine woodcarver. And we know that special frames were made for important paintings - among others by Gibbons.

If you have a combination of a highly significant authentic painting and a significant historical frame, that is a clear indication of the value of the object. But in many cases, the frames were made later. That's nice, but not necessarily important.

If a historical oil painting is cut out of its frame, could that be an indication that the painting was stolen?

That does not necessarily mean it was stolen. There could be other reasons. Here's a famous example: About 80 centimeters are missing on the left side of Rembrandt's Night Watch, a painting everybody knows. In the 18th century, the painting was used as a canvas to cover a cart. That means there can be all sorts of reasons why a picture was cut out of the frame.

My colleagues and I know when a painting is stolen. It is highly improbable that it will be offered to us. When we are offered an object, a painting or a sculpture we consult the "ART Lost Register." This is always re-checked, the entire provenance is researched and investigated. We always comply with our obligation to be diligent.

The Louvre in Paris sells out for restricted reopening

The Mona Lisa is finally receiving visitors again. Following the COVID-related closure, the Paris Louvre has now reopened its doors, but with strict regulations.

Who are Picasso's heirs? Auction at Sotheby's reignites dispute

In London, several works of art by Pablo Picasso are on sale to the highest bidder. The auction has also opened old family wounds inflicted by the painter.

The two famous artists sent the letter while painting together in southern France. The letter is "exceptional," said the auction house Drouot.