How art paints the way in Libya

Two years ago, the 19-year-old Libyan artist Takwa Barnosa founded an art foundation in her traumatized homeland. She explains to DW what she seeks to achieve with it. 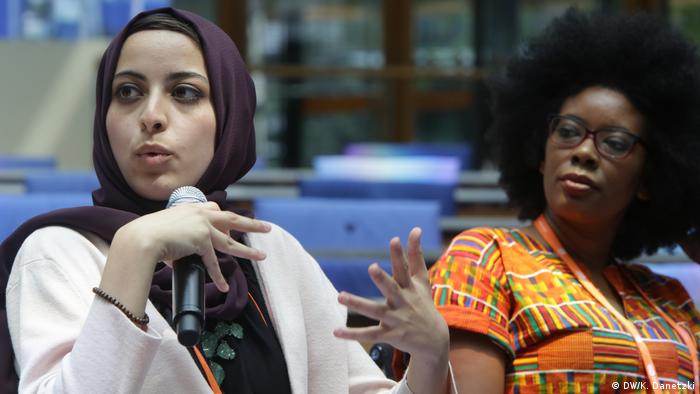 Considered one of the most interesting female artists in the Middle East and northern Africa, Takwa Barnosa often overlays topical news photos - such as refugees drowning as they flee Libya - with commentary in calligraphy that invites the viewer to form their own opinion about what is depicted. In a nation currently traumatized by numerous militias, warring clans, two competing governments and an ongoing refugee crisis, she belongs to a circle of young creative Libyans who are navigating their way through the anarchy and are attempting to establish a new social order.

Deutsche Welle: At age 17, you started an arts foundation in Libya. Libya is a fractured society, often with chaotic conditions in everyday life. How did you manage this? Did you have any support for this endeavor?

Takwa Barnosa: No, actually we are not funded. I started this project in my own. In 2013 I wanted to study art and culture management abroad, but was it was hard to get a visa. So I enrolled at Tripoli University, at the Fine Arts Faculty. But what I wanted to learn isn't offered in the education system in Libya yet. 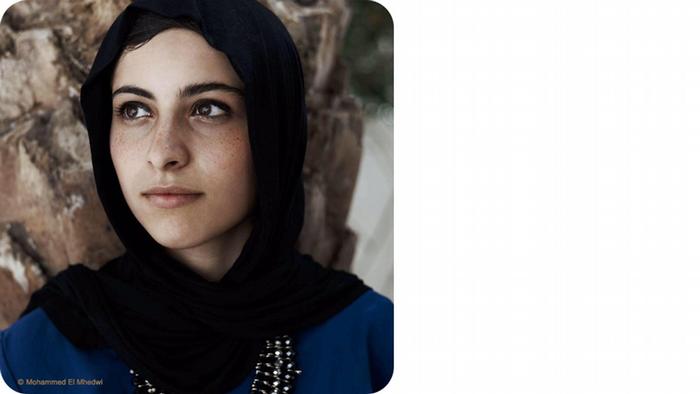 What were looking for then?

I wanted to provide an opportunity to myself first, and then to others, to share art and provide a platform where people can meet, exchange ideas and perhaps create art projects. I started first at my mom's school, teaching a small class and doing my art work there. My friends would join me and paint their own small paintings. It was just a small circle but as it grew, so did my dream. So I convinced my mother to fund a project rather than sending me to study abroad. I found a place suitable for a modern art gallery in Libya, and we officially launched it in November 2016.

And what activities do you engage in there?

Apart from setting up exhibitions, we've established workshops related to painting, to culture, to literature, with film screenings and discussions about the arts in Libya: their history and how to develop the current arts scene. We had special events like Van Gogh's birthday. We also have an art lab where artists and creative people can meet and share ideas. They bring their materials and are free to do whatever they want. Age and artistic background don't matter.

What is the attitude of people in Libya towards art? Is it considered necessary in their lives, or superfluous in a place where people are concerned with getting by day-to-day?

Since we started, I've seen the attitude change. First people thought it was a waste of time, money and potential. Even my parents weren't convinced at first. Which is quite normal: if a seventeen-year-old says she doesn't want to go to school and would rather open an art gallery, it's a bold move. But then my mom agreed because she saw how much I believed in it. And if you believe in something, you achieve it.

Day by day, we launched new activities. We got good feedback even when we targeted youth and children. I can see the art scene in Libya growing. It's a slow growth, but more and more people are actively practicing art. Even people who weren't active in any creative field started to find something there related to their own identities. 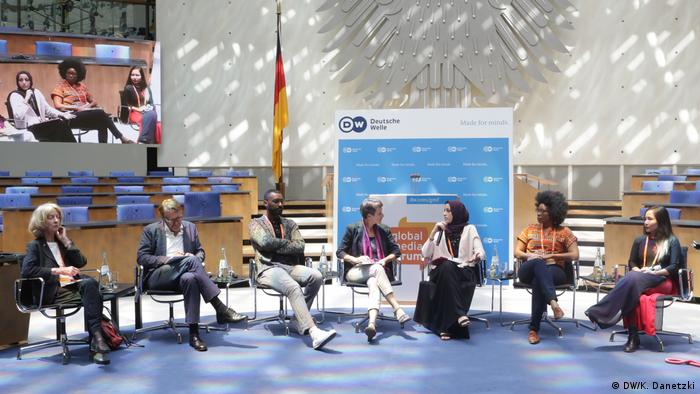 Takwa Barnosa (fifth from left) at the Global Media Forum

How can art change a person? Can you give us an example?

Yes. One kid used to come with his school twice a week and would make fun of Van Gogh's artwork. Then the teacher explained it to him: the light effects, the colors employed. A month later, his mother came to us saying, "What have you done to my kid?" He'd stopped drawing everything except for imitating one painting by Van Gogh, aspiring to reach the same level. Later we talked with him, and he said, "I want to do it more professionally than Van Gogh!" For me, that was one of the best moments since we founded the art gallery.

Another example: I have an artist friend who's a bit isolated - actually, artists usually are. They live in their own world, and that can be very useful for creativity. At first she'd come to the art gallery just to have a conversation with me. Then she'd go back to her room to work on her art, never sharing experiences with all these other people and their different backgrounds. But after a while, she'd engage in conversation, gradually leaving her comfort zone. And as time went by, I started to see how her art practice evolved. She started using different colors and discovering new techniques. That was another inspiration to me. 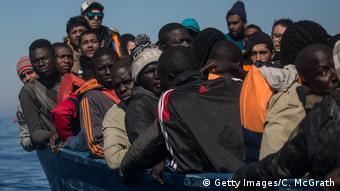 So you receive no support from the government or any other institution. But do you experience interference? Has anyone from any authority - religious or governmental  - said to you: "This is what we want to see, and this is what we prefer not to"?

Not yet. I even come from a religious family, not an artistic one. And when it comes to the authorities, I've never turned to them for funding or anything else, so there has been no connection there.

A Libyan group accused of being behind the 2012 Benghazi attack on the US consulate in Benghazi has declared its "dissolution." Ansar al-Sharia claimed that its decision followed defections and various setbacks. (28.05.2017)

According to survivors, the migrants were stranded at sea after traffickers stole their boat's motor. If confirmed, the deaths will bring the number of migrants killed in the Mediterranean to nearly 2,000 this year. (19.06.2017)

Trauma and conflict photography: ‘We own this collectively’

A traveling exhibition featuring the work of seven conflict photographers opened as part of the Deutsche Welle Global Media Forum in Bonn on Tuesday, June 20, 2017. (21.06.2017)