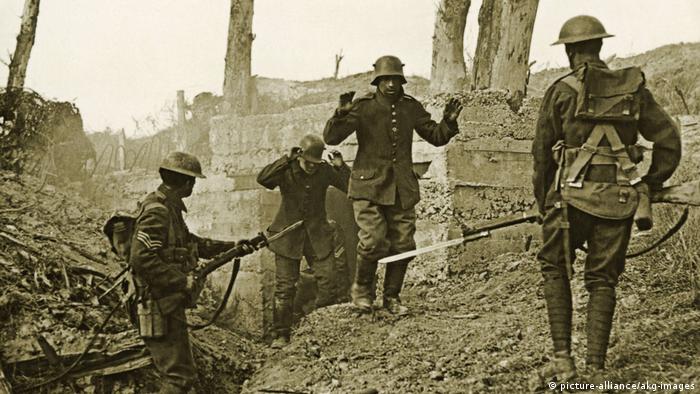 It was, at that time of its release, the greatest success in German literary history: Erich Maria Remarque's anti-war novel All Quiet on the Western Front (Im Westen nichts Neues) was published on January 29, 1929 and was quickly translated into 26 languages. In Germany alone, nearly half a million copies were sold within months.

Yet the roaring success of a novel detailing the horrors of the First World War did not go over well with the National Socialists, who were then preparing to assume power. They spread rumors that Remarque had assumed a false surname and was actually called "Kramer." And they claimed that he was a French Jew, and also that he did not fight as a soldier in the First World War.

Adapted for the big screen 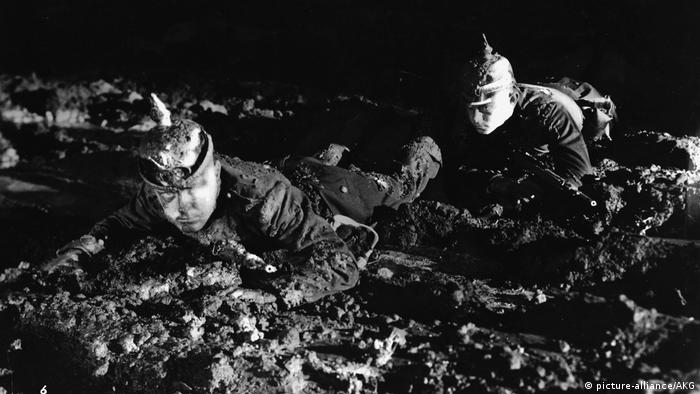 A year later, an American production company adapted the novel into a film directed by Lewis Milestone. Initially, the film was approved for German viewers by the Supreme Censorship Board in Berlin on November 21, 1930. It premiered in early December at the Mozartsaal, a large Art Nouveau-style theater and concert hall in Berlin, and attracted intellectuals, celebrities and other prominent people. The liberal paper Vossische Zeitung wrote that never before had a film "had such a profound effect on the audience," who left the hall "quietly and deeply stirred" at the end of the screening.

However, at another film screening for the general public at Berlin's Nollendorfplatz, astonishment and horror followed when a Nazi mob who had infiltrated the audience demanded that the film be stopped and forced the projectors to shut down. In addition, Reichstag members of the NSDAP, exploiting their parliamentary immunity, released mice and tossed stink bombs into the theater, driving the audience out.

This was at the behest of Joseph Goebbels, then NSDAP district leader of Berlin (and who would later gain notoriety as Nazi Propaganda Minister). He felt that the film's unfavorable view of war ran contrary to Nazi ideology. He further railed against the film in an impassioned speech at Berlin's Wittenbergplatz. As such, subsequent film screenings could only take place under heavy police presence. In December 1930, "for security reasons," the Supreme Censorship Board withdrew the film's screening license. Consequently, the Jewish manager of the Mozartsaal, Hanns Brodnitz, came under the scrutiny of the National Socialists, and was eventually killed in a gas chamber in Auschwitz in September 1944. In January 1933, All Quiet on the Western Front was completely banned by the Hitler regime.

Yet none of this diminished the film's popularity among the general public and critics. It quickly gained popularity due to its no-holds-barred portrayal of the happenings on the front.

It tells the story of young high school student Paul Bäumer before his deployment to the front. At that time, the mood was still buoyant in Germany. This was also the case in school, where Paul's patriotic teacher inspires his students to "die for the fatherland." 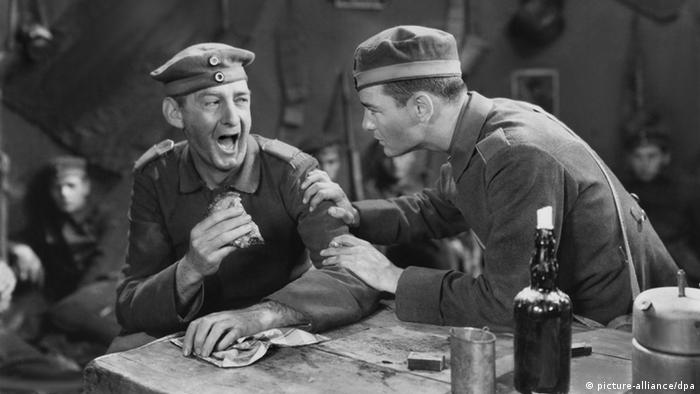 Thus encouraged, Bäumer and his classmates enlist in the army; however, they quickly become disillusioned by the reality on the front. Bäumer wounds a French soldier in an attack. He tries to save his life and asks for his forgiveness. Eventually, Bäumer himself is also injured, and ends up in a Catholic hospital. Back home on leave, he visits his old school and his teacher again, who praises him for his "German heroism." Bäumer, however, speaks of his drastic war experiences and disillusionment and describes it as a mistake to have gone to war. As a consequence, the teachers and students brand him a coward.

"Nothing about dying is sweet"

Disappointed by this reaction, Bäumer returns to the front where many of his comrades have already fallen. The final scene takes place in the fall of 1918, shortly before the end of the war. In the trenches, Bäumer reaches for a butterfly and is shot by a French soldier. The film ends with Bäumer uttering: "Nothing about dying is sweet." Film critic Siegfried Kracauer stated that the film underscored the fact that war was "not palatable." The harrowing scenes had never before been seen in the then early history of film. The journey of sacrifice of a "lost generation" is realistically and unrelentingly portrayed onscreen.

Russian-American director Lewis Milestone had a budget of $1.2 million (now, 1.01 million euros) at his disposal for the film, a substantial sum for that time. (Milestone, hailing from a Jewish family, was born "Leib Milstein" in 1895 in what was then the Bessarabia Governate of the Russian Empire. He arrived in the US in late 1913, just months before the start of the First World War.) Milestone worked with tracking shots, crosscuts and perspectives that drew the viewer directly into the action. Never before was there such a realistic reckoning with war and its killing machines, and which was perceived as senseless. In 1930, Milestone was awarded with two Oscars — for Best Film and Best Director. 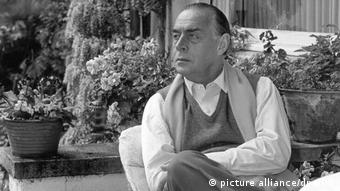 Erich Maria Remarque at his house on Lago Maggiore

The film's international success even trumped the crude cultural policy of the National Socialists. In 1931, a heavily abridged and censored version returned to German cinemas, but it was only shown "for certain groups of people and at closed events." After Hitler's  seizure of power in 1933, the film was completely banned again.

One of the 100 best films in film history

Even after the end of the Second World War, the film was only shown in edited and abridged versions: When All Quiet on the Western Front returned to German cinemas in 1952, key scenes from the film were deliberately left out. It was not until 1983/84 that the German public finally got to view the newly dubbed, unabridged, and original American version on television.

Milestone's film was consistently banned, and not just in Germany. Abridged versions were also screened in Austria and France, and even in the US. All these attempts at denigration and censorship, however, did not detract from the film's success. All Quiet on the Western Front, directed by Lewis Milestone, is still considered one of the best 100 films in American film history.

The Volkswagen Beetle, the swastika or Leni Riefenstahl's films: A museum in the Netherlands presents the first major retrospective of design of the Third Reich, showing how Nazis used it as a propaganda instrument.