The man contracted a different strain of the virus after fully recovering from an April infection, researchers said. Researchers said the case suggested reinfection may be possible even after immunization. 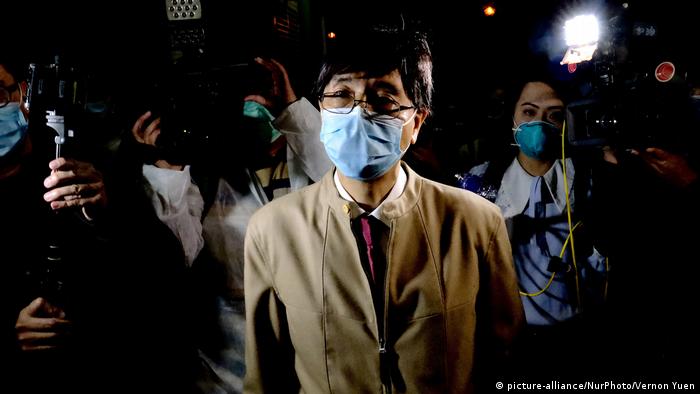 A 33-year-old man in Hong Kong was infected with the coronavirus after fully recovering from a bout with the disease in April, representing the world's first documented case of human reinfection, researchers from the University of Hong Kong said on Monday.

Their findings suggest that even people who have acquired immunization to the novel coronavirus, whether through natural infection or vaccination, may still contract the disease, which has resulted in over 800,000 deaths worldwide. Their paper has been accepted for publication in the international medical journal Clinical Infectious Diseases.

The man, an information technology worker, was cleared of COVID-19 and discharged from a hospital in April but tested positive again in August after returning from Spain via Britain. The researchers used genomic sequence analysis to prove that the patient was infected by two separate strains of SARS-CoV-2, which causes COVID-19.

He had appeared to be previously healthy before contracting the second strain, researchers said. The man didn't develop any symptoms in his second bout with the virus, which might indicate that subsequent infections may be milder, the researchers said.

Infections have been reported among people who had previously contracted the disease in mainland China. But it was not clear in those cases whether they were newly infected after a full recovery or still had the virus from the first infection still in their body.

Health experts said the results of the University of Hong Kong study weren't a surprise as reinfection is common among other coronaviruses. World Health Organization (WHO) epidemiologist Maria Van Kerkhove said on Monday that there was no need to jump to any conclusions over the Hong Kong case.

Chancellor Merkel is to dicuss the pandemic with all of Germany's 16 state premiers this week for the first time in 10 weeks. Germany may ditch its localized response and approve national measures as cases rise again.