The legislation only covers photos that have been taken "dishonestly" or used "for sexual purpose." 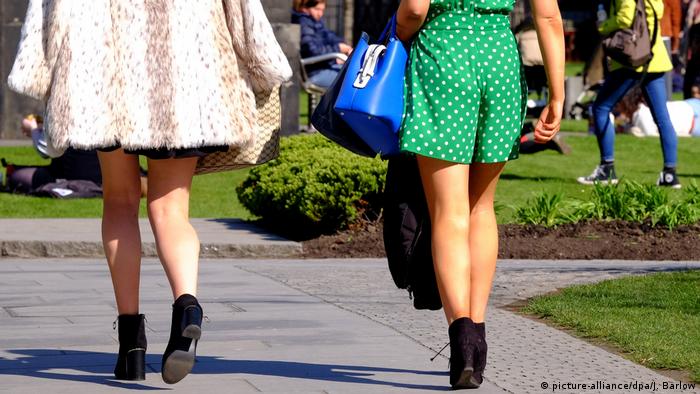 Those convicted could face up to 5 years behind bars.

People who take or share nonconsensual photographs up a woman's skirt could now face jail time in Hong Kong, after the city on Thursday passed a law tackling voyeurism.

Hong Kong is the latest jurisdiction to draw up laws outlawing "upskirting" and the sharing of other unlawful explicit recordings at a time when such content has flooded the internet.

In a new crimes amendment bill, the city's Legislative Council outlawed four new violations, now adding up to a total of six.

What are the listed crimes?

The bill cites violations committed in both public and private spaces, and applies to those filming, as well as publishing the outlawed content.

This includes voyeurism, which is the observing or recording of the intimate acts of others, as well as the publication of photos that originate from voyeurism.

It also includes the unlawful recording or observation of the "intimate parts" of a person for a sexual purpose, or upskirting and taking nonconsensual photos down a woman's top.

After being convicted of two offenses, offenders can be put on the country's sex offenders’ register.

Deep fakes, pornographic images and videos created with the use of artificial intelligence, can now be taken down with a court order.

Those who feature in deep fakes can now take action not only against individuals creating the images, but also those who have a copy or have published the photos, according to the new bill.

"We believe that the new offences will help the public and front-line law enforcement officers to understand the irreversible harm done by image-based sexual violence," said Linda S.Y. Wong from the Association Concerning Sexual Violence Against Women.

A growing number of countries, including Germany, Australia, the UK and New Zealand, have now explicitly outlawed upskirting.

AFP contibuted to this report.