Hong Kong voters have gone to the polls in elections seen as a barometer of anti-China sentiment. They came after the government backed down on a plan to introduce a compulsory Chinese school curriculum. 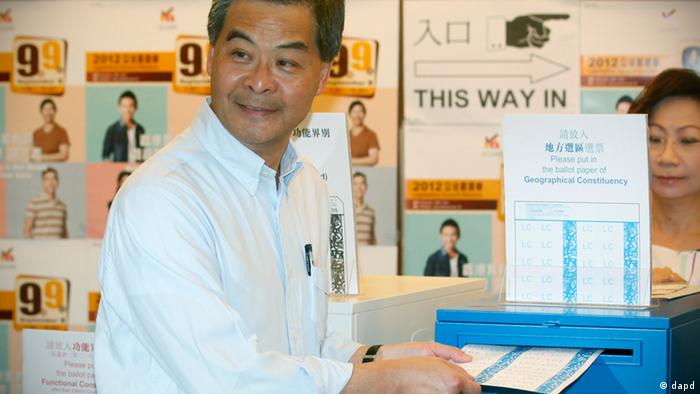 About 53 percent of the city's 3.5 million eligible voters cast ballots in the polls to directly elect 40 representatives in the 70-seat legislative council.

The other 30 are chosen by business and special interest groups. Ten seats have been added to the previously 60-seat assembly.

It is the first time that more than half of the seats in the assembly will be decided by popular vote.

The new legislature could pave the way for universal suffrage in 2017 for the job of chief executive and by 2020 for the parliament in the semiautonomous region. Beijing has promised the former British colony full democracy. However, critics fear that Chinese authorities may retain the power to screen candidates.

Surveys show that there is growing dissatisfaction with Chinese rule, especially among the young. Tensions over corruption, the rich-poor divide, mass tourism from the Chinese mainland and soaring property prices are rising.

Sunday's vote comes a day after the Beijing-backed government shelved a plan to make Chinese patriotism classes part of the curriculum in schools, responding to weeks of protests by tens of thousands of people.

Hong Kong was a colony of Britain until 1997, when it was handed back to China as a semiautonomous territory with special rights and freedoms.