A US federal court accused the brother of Honduras' president of being a "violent drug trafficker of epic proportions." Prosecutors allege President Juan Orlando Hernandez has received millions in drug money bribes. 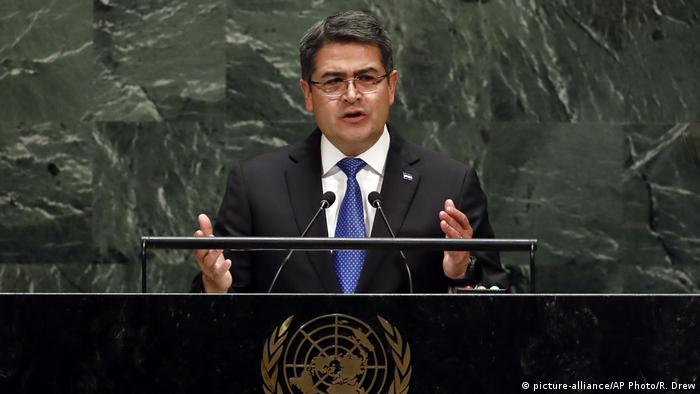 Honduras' president Juan Orlando Hernandez was labeled a co-conspirator in an investigation by a US federal court into his brother Juan Antonio Hernandez, who is accused of smuggling massive amounts of cocaine into the United States for years with the help of the Honduran government.

Juan Antonio Hernandez has been in prison in New York since 2018, after he was arrested in Miami. He pleaded not guilty to charges of drug trafficking, illegal possession of firearms and lying to authorities.

"The defendant was protected by and had access to his brother, the current sitting president of Honduras, a man who himself has received millions of dollars in drug money bribes," Manhattan prosecutor Jason Richman said on Wednesday.

Richman said Juan Antonio Hernandez had received bribes from "some of the largest cocaine traffickers in the world," including drug kingpin Joaquin "El Chapo" Guzman and the Sinaloa cartel, who allegedly "personally delivered $1 million (€900,000) to the defendant for his brother." 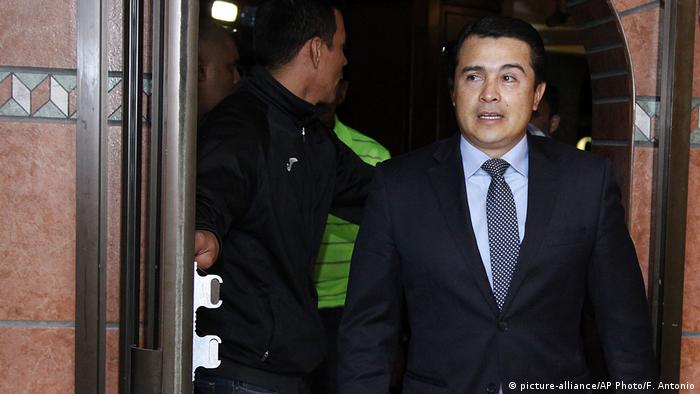 Juan Antonio Hernandez is currently in US federal custody

In the legal complaint, the defendant was described as a "violent drug trafficker of epic proportions."

President Hernandez lashed out via Twitter, saying the accusation was "100% false, absurd and ridiculous."

In a statement, his office "rejected the irresponsible misinformation that was published without any evidence this afternoon by some media outlets regarding the supposed statement against the president of the republic."

But in the 49-page document, New York prosecutors said president Hernandez and his predecessor Porfirio Lobo relied on drug money for campaign financing. The document claims that the Honduran government functions as a narco-state.

President Hernandez has been considered an ally of US President Donald Trump's administration. Hernandez visited Washington last week, where he signed an agreement with the US to crack down on migrants headed north.