The 200-year-old dubious medical treatment may soon be dropped from German medical insurance providers as a cost-saving measure. The United Kingdom may also do the same. 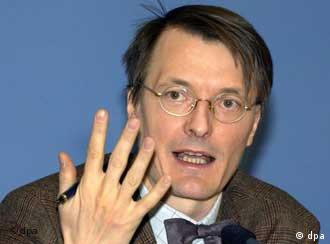 Lauterbach says there is no scientific evidence to support homeopathy

In recent days, the over-two-centuries-old practice of homeopathy has come under fire in Germany.

Dr. Karl Lauterbach, the chair of the parliamentary health committee, recently called for public health insurers to stop funding the practice, which typically involves solutions of small amounts of herbs or other medicines heavily diluted with water and then shaken or stirred to "add energy" to the solution.

According to its proponents, homeopathy can heal patients as well - if not better - than conventional medicine, while its detractors, including nearly all medical doctors and scientists, say that it is no more powerful than a placebo.

Homeopathy was first proposed by the German physician Samuel Hahnemann in the late 18th century, and today is covered by over two-thirds of public health insurance in Germany.

In an interview with the magazine Der Spiegel, Lauterbach, who himself is a medical doctor and an adjunct professor of health policy at Harvard University in the United States, said many patients believe insurance only pays for things that are proven to help, and therefore it is in the public interest to stop the practice.

"So health insurers are dignifying homeopaths through their actions," he told the magazine.

Homeopathy has also faced similar challenges in the United Kingdom, where the British Medical Association and a parliamentary committee have raised serious questions as to whether the National Health Service should fund its use. 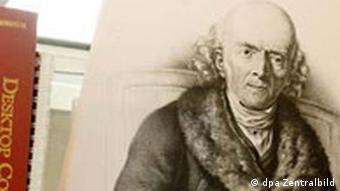 Hahnemann, the father of homeopathy, was born in Meissen, Saxony

Nearly all medical officials agree with Lauterbach's assessment, and say that while homeopathy should be allowed to exist, the public should not be forced to fund a dubious medical treatment.

"If everybody pays for his beer, then he can pay for his homeopathy," said Dr. Kay Brune, a professor in the Department of Experimental and Clinical Pharmacology and Toxicology at Friedrich-Alexander University Erlangen-Nuernberg, in southern Germany.

Brune added that there is no scientific evidence to suggest that homeopathy actually causes any meaningful and healing bio-chemical reactions in patients, but that doesn't stop people from believing in a practice that has been so deeply ingrained into the German psyche.

"Homeopathy has a very long tradition in Germany," he added in an interview with Deutsche Welle. "The founder, Hahnemann was a brilliant physician. But at that time doing nothing was helpful to the patient. In 200 years, the pseudo-science has not taken any steps forward."

He also added that under the Third Reich, Nazi medical officials explored it as a "non-Jewish medicine," and even they gave up on it.

Other German politicians have since jumped on the bandwagon, including Rainer Hess of the Federal Joint Committee for doctors and insurers who described the current situation concerning homeopathy as "extremely unsatisfactory." 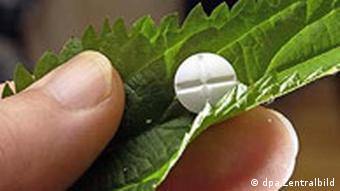 Despite the evidence, many Germans still engage in homeopathic practices

Homeopathy costs are a drop in the bucket

Brune also said that even if politicians do manage to get rid of it from public insurance, they may be wasting their time because relatively little money is actually spent on homeopathy on an annual basis.

"My estimate is 100 million euros [are spent on homeopathy annually], which is a trifle compared to the overall health costs in Germany," he said.

In the end though, Brune added that because so many Germans take advantage of homeopathy it will be hard to gather enough political will to stop it.

According to a recent study by the Allensbach Institute, a public opinion research firm in southern Germany, the use of homeopathy is on the rise. In 1970, only one in four West Germans had ever used homeopathic remedies - a figure that has since risen to 57 percent.

"I think the politicians are unable to tell the public that this is garbage," Brune said. "They will make a compromise and under certain circumstances they will pay for it as they do for acupuncture. It satisfies the health need at the lowest possible cost."

Part of winning any championship is dealing with injuries -- or avoiding them in the first place. A new study shows that the German national team places unusual trust in natural healing over traditional medicine. (04.06.2008)

The truth about homeopathy?

DW-WORLD received numerous e-mails from readers describing their experiences using homeopathy that contradict a recently publicized scientific study that said such treatments were no more effective than placebos. (31.08.2005)

Study: Homeopathy no better than placebo

Homeopathic treatment is no more effective than a placebo, the dummy substance used in medical trials, according to a study appearing in the British medical weekly, "The Lancet." (26.08.2005)