Part of winning any championship is dealing with injuries -- or avoiding them in the first place. A new study shows that the German national team places unusual trust in natural healing over traditional medicine. 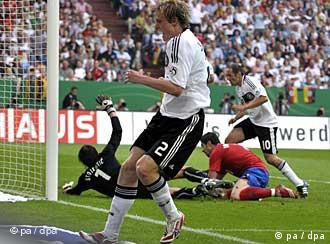 Germany -- are they wired to the gills on weird roots?

Soccer is no stranger to strange ideas about how to keep star players from getting hurt. In 1998, then England coach Glenn Hoddle took a faith healer to the World Cup -- to no avail, as England lost on penalties to Argentina.

A study just published on how German soccer docs treat aches and pains has revealed that Germany's faith is in "homeopathic doping."

The presumably objective study was carried out by an academic institute in Koblenz at the behest of a leading manufacturer of homeopathic remedies. It found that 92 percent of doctors who work for the Bundesliga's first- and second-division sides prescribed such cures.

One of them, Bayer Leverkusen's Dieter Trzolek, has even been nicknamed "the Druid" -- rather ironically since his employer is a team sponsored by an aspirin company.

No worries with WADA 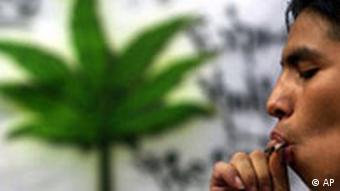 Not all natural substances are legal

Homeopathy was invented in the late 18th century by German Samuel Hahnemann and has been the subject of hot debate ever since.

On the other hand, players who take homeopathic remedies, unlike users of other chemical forms of physical rejuvenation, have no reason to fear anti-steroid checks.

"The success stories are impressive," said Peter Billigmann, a sports doctor and the head of the institute that carried out the study, in an interview with the Spiegel news magazine. "Homeopathic substances don't have any side effects, and we're on the safe side where doping is concerned." 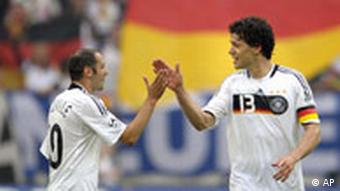 And homeopathic preparations aren't the only route German footballers choose in an attempt to keep their bodies running.

Whether the tapes and herbs and self-healing management processes have any effect on players' abilities to curl in crosses or convert penalties will be a matter for future generations of sports-medicinal debate.

But given Germany's relatively good rate of success in international tournaments, perhaps teams like England and the Netherlands might want to give homeopathic doping a whirl.

The red carpet was rolled out for three-time champion Germany's arrival at Euro 2008 on Tuesday, June 3. But the team soon disappeared behind specially erected barriers to start plotting their tournament campaign. (03.06.2008)

Substitute Oliver Neuville and Captain Michael Ballack gave Germany a 2-1 victory over Serbia Saturday in their last test match before the European Championships 2008 next week. (31.05.2008)