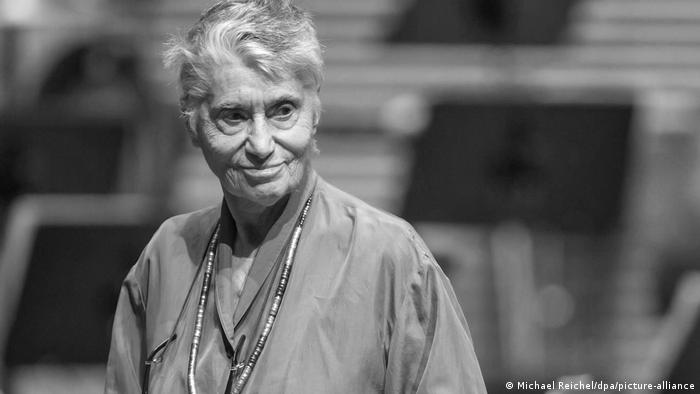 The Austrian-born professor had lived in the United States since 1947. She was the author of the bestselling memoir "Still Alive" about her childhood under the Nazi regime.

Klüger gave a speech at the German parliament in 2016, saying it was an "honor" to speak in front of Chancellor Angel Merkel. She praised the refugee policy of Merkel's government, describing it as "heroic."

"This country, which 80 years ago was responsible for the worst crimes of the century, has won the praise of the world today thanks to its open borders and the generosity with which you have taken in and are still taking in refugees," she said.

Klüger was interned at the camp at Theresienstadt and later Auschwitz.

She also spoke about the forced sex work in concentration camps that many women were forced to take on, and then faced stigma for after the war.

Austrian President Alexander Van der Bellen wrote on Twitter that "another voice has been silenced," calling her an "impressive author, intellectual and witness of the times."

Klüger, who was born to a Jewish family in Vienna in 1931, was also a vocal critic of the remembrance culture surrounding the Holocaust. She argued that sometimes Germany and Germans tried too hard to identify with the victims of the era, and in doing so reduced them to that status.

"I'm not from Auschwitz, I come from Vienna," she once said, adding that this was one reason she opted to have the internment number tattooed on her arm removed in later life.

Klüger died in her long-time home in Irvine, California.

A previous version of this article stated that in her speech to the Bundestag, Klüger talked about her own experiences as a forced sex worker in concentration camps. In fact, Klüger was speaking about the experiences of other women. This error has been amended.

Belgium: Music to beat the crisis