An appeals court has reduced a fine against Richard Williamson, the hard-line Catholic bishop who denied the use of gas chambers by the Nazis in a Swedish television interview conducted in Germany. 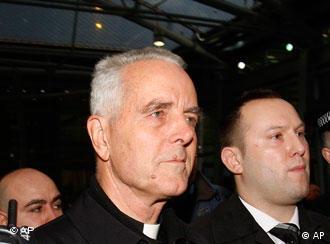 Williamson's conviction stands, but he will pay less for it

An appellate court in Regensburg, Bavaria, on Monday reduced a fine imposed on the fundamentalist Catholic bishop, Richard Williamson, who dramatically downplayed the scope of the Holocaust in an October 2008 TV interview conducted in Germany.

The court ruled that Williamson's fine should be adjusted to 6,500 euros ($9,230) from its initial figure of 10,000 euros. The court justified the reduction with new information about Williamson's income. Both defense and prosecution had launched appeals against the original ruling. The prosecution had argued for a larger fine.

Williamson had been convicted for inciting hatred, an offense which, under German law, incorporates any claim that the Holocaust did not happen. Williamson was in Germany when he told an interviewer for a Swedish television channel that, although Jews were killed during the Holocaust, the accepted figure of between five and six million was inaccurate, and the Nazis did not use gas chambers. He was convicted in absentia, with a lawyer present on his behalf. 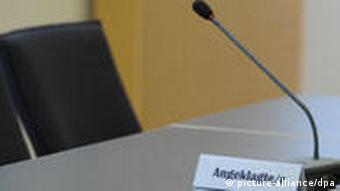 Williamson's lawyer argues that his client's comments did not breach German law because they were never intended for broadcast in Germany. However, they sprawled globally over Internet video portals and were subsequently picked up by German national media. Judge Birgit Eisvogel ruled that Williamson should have been aware that any such television comments would inevitably find their way around the world, and thus to Germany, also noting Williamson's own familiarity with the nature of the Internet: "We know that the accused is himself a blogger."

The 71-year-old bishop, who is a member of the semi-independent hard-line Society of Saint Pius X, was in a state of excommunication from the Catholic church when he made the statements, but this ban was subsequently revoked by Pope Benedict XVI in 2009. Vatican officials say the Pope was unaware of Williamson's comments when he made the decision.

Williamson's defense has said it will appeal this decision, while prosecutors said they would review the decision before deciding whether they would launch another appeal.