Richard Williamson, who denied that gas chambers were used in Nazi Germany's death camps, argued his right to free speech was violated. But the European Court of Human Rights has described his sentence as "very lenient." 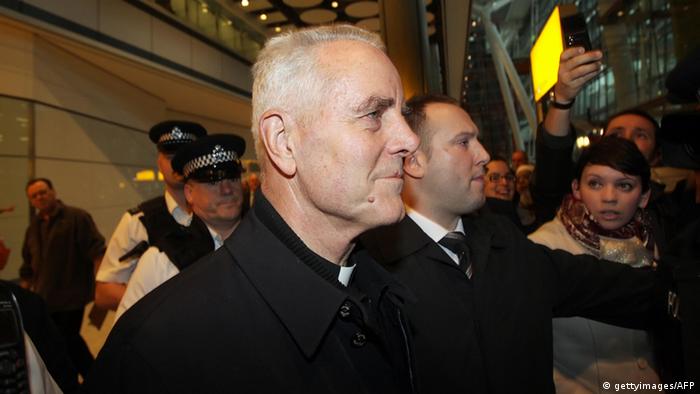 A Holocaust-denying former bishop from an ultratraditionalist Catholic splinter group on Thursday lost a European rights case against a conviction in Germany.

Richard Williamson had been fined €1,800 ($2,066) for denying there were gas chambers in Nazi Germany's death camps in a 2008 interview with Swedish television carried out in Germany.

The European Court of Human Rights (ECHR) in Strasbourg rejected Williamson's rights case as "manifestly ill-founded," describing the sentence imposed on him as "very lenient." Originally, Williamson had been fined €12,000, but the amount was lowered following an appeal.

Williamson, who is British, argued that the 2013 sentence violated his right to free expression and that Swedish rather than German law should have applied to the interview. Holocaust denial is not illegal in Sweden, but it is a criminal offense in Germany.

But the court said Williamson had clearly known his comments would cause concern, not just in Sweden but worldwide.

When Williamson gave the interview, he was a bishop in the ultratraditionalist Catholic group the Society of Saint Pius X.

The group is negotiating reconciliation with the Vatican and expelled Williamson in 2012 for disobedience.

Ursula Haverbeck, often dubbed the "Nazi Grandma" in the German press, has been sentenced to 14 months in prison for incitement of racial hatred. Haverbeck has been handed several jail terms but has yet to be jailed. (28.11.2017)