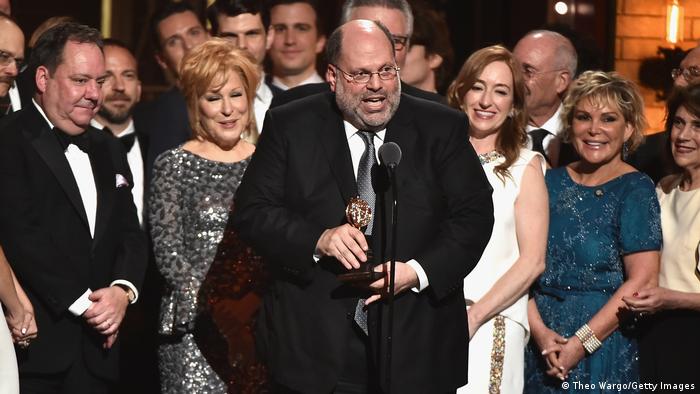 Rudin accepting his 15th Tony in 2017: The producer long held the record of being the EGOT winner with the most awards

An April 7 expose in The Hollywood Reporter detailed allegations of workplace abuse against powerful film and theater producer Scott Rudin — including smashing a computer monitor on an assistant's hand and firing a employee for having Type 1 diabetes. Two weeks later, there have been consequences.

Over the weekend, Rudin, the "uber-producer" behind films including The Social Network and Lady Bird as well as Broadway hits such as To  Kill a Mockingbird and The Book of Mormon, announced he would "step back from active participation" in his theater productions. In a statement to The Washington Post, Rudin apologized for the "pain my behavior caused to individuals, directly and indirectly" and said his Broadway shows would go ahead without him. 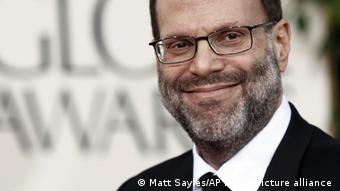 Abusive with his staff, Rudin knew how to 'turn on the charm' with actors, according to the 'Hollywood Reporter'

While Rudin did not mention his various film projects in his initial apology (which include the new Jennifer Lawrence movie Red White and Water and The Tragedy of Macbeth with Denzel Washington and Frances McDormand), he then issued another statement on Tuesday to add that he would also be "stepping back" from his film projects.

"When I commented over the weekend, I was focused on Broadway reopening successfully and not wanting my previous behavior to detract from everyone's efforts to return," Rudin said. "It's clear to me I should take the same path in film and streaming. I am profoundly sorry for the pain my behavior has caused and I take this step with a commitment to grow and change."

The fall of a producer of Rudin's standing shows how much Hollywood is changing.

Scott Rudin is one of the biggest names in showbiz. He's reached EGOT status, having won the complete set of an Emmy, Grammy, Oscar and Tony award — a feat achieved by an elite tier of only 16 people to date. His movies have been nominated for 151 Oscars and have won 23, including best picture for No Country for Old Men in 2007. Among Hollywood producers, Rudin is in a class of his own, at least since 2017, when his equally-successful contemporary Harvey Weinstein was brought down by allegations of sexual harassment and assault.

The accusations against Rudin are of a different nature, but in many ways the producer — dubbed "Boss-zilla!" in a (glowing) 2005 Wall Street Journal profile — is the poster boy for #MeToo's second wave.

The movement that began by naming and shaming abusive sexual behavior by some of Hollywood's most powerful men has expanded in scope to challenge the broader "toxic culture" in showbiz, addressing everything from casual racism and microaggressions to hurling a baked potato at an assistant's head (another allegation leveled at Rudin in the Hollywood Reporter expose).

A series of cases of abuse in the spotlight

After actors Ray Fisher and Gal Gadot accused Justice League director Joss Whedon of on-set bullying and other abuse, HBO stripped out any mention of him from the campaign for The Nevers, a big-budget fantasy show Whedon created, wrote, and co-directed. 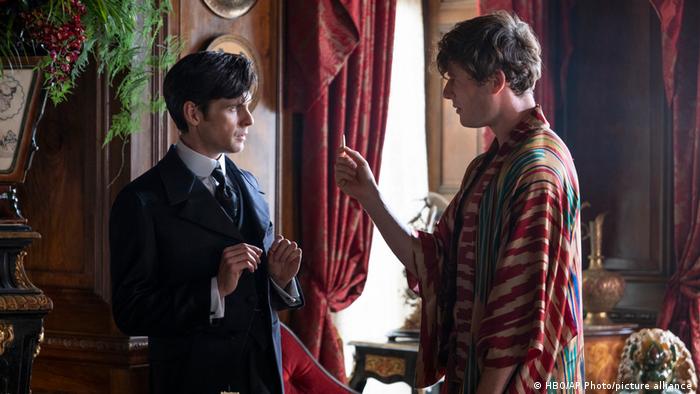 The allegations against Joss Whedon is setting a different spotlight on his work, including the new HBO series 'The Nevers'

After several employees on The Ellen DeGeneres Show, a hit daytime talk show, came forward with allegations of mistreatment, three producers were fired and host DeGeneres apologized on air.

Actor and activist Gabrielle Union, a judge on America's Got Talent, received a settlement from the NBC network after filing an employment complaint that alleged a toxic workplace culture, which included fellow judge Simon Cowell smoking cigarettes on set and a guest — comedian Jay Leno — making a racist joke.

What's surprising, and welcome, about all this is how it goes against the film industry's celebration of the "tyrannical genius," a long tradition that stretches back to the notorious studio bosses that founded Hollywood, including "the monster at MGM" Louis B. Mayer and Columbia Pictures co-founder Harry Cohn, a man who kept a signed photo of Mussolini on his desk and who, according to a 2017 BBC documentary, had mobsters threaten Sammy Davis, Jr. to force him to end his relationship with a white woman, Vertigo star Kim Novak.

The idea that bullying and abuse are linked to Hollywood success has become ingrained in showbiz culture. Mayer, as depicted in David Fincher's Oscar-nominated Mank, is crude and abusive to his employees, but he gets his way. The entertainment industry moguls in Hollywood satires like Swimming with Sharks and Tropic Thunder are unhinged near-psychopaths. The audience, if not exactly asked to cheer them on, is expected to at least be impressed by their audacity. 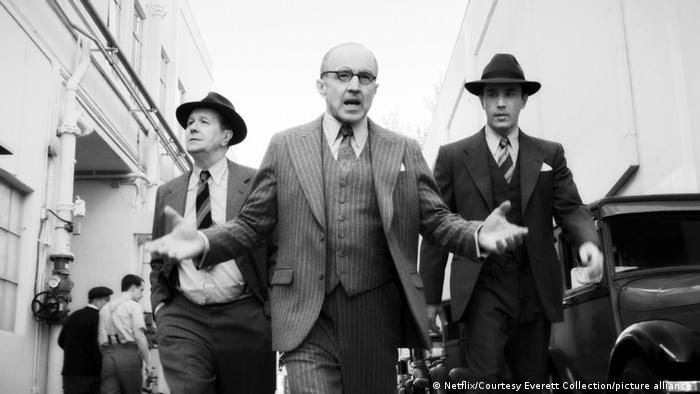 In 'Mank,' producer Louis B. Mayer is portrayed by Arliss Howard (center)

Rudin's workplace abuses were an open secret in Hollywood but, previously, they were either dismissed or reframed as evidence of his "passion." In a 2010 profile, The Hollywood Reporter dubbed Rubin "The Most Feared Man in Town." It was meant as a compliment.

No longer. Emboldened by the success of #MeToo, a movement is gathering strength in Hollywood that is making workplace abuse of any kind unacceptable.

"Everyone deserves a safe workplace," Actors' Equity, a union for theater performers, said in a statement on Saturday in which it also called on Rudin to release his employees from non-disclosure agreements to allow others with complaints to come forward.

"Hollywood has a dehumanization problem," Liz Hsiao Lan Alper, a co-founder of #PayUpHollywood, an advocacy group for workers on on the bottom rung of the showbiz ladder, wrote recently on Twitter. "It is not an issue limited to Scott Rudin." 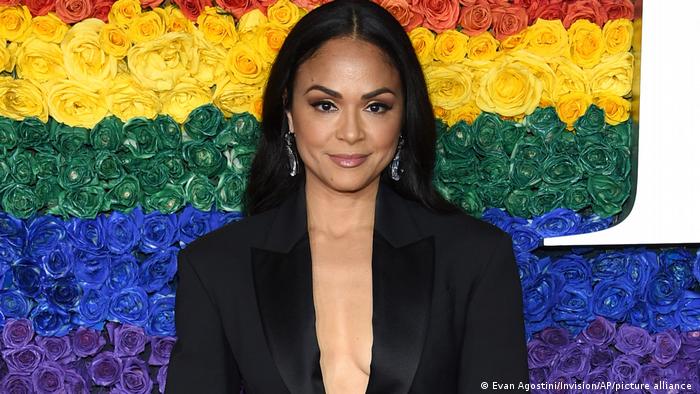 Perhaps Tony-winning actress Karen Olivo put it best. Following the abuse revelations against Rubin, Olivio said she would not return to star in the (Rudin-produced) Broadway musical Moulin Rouge. "Social justice is more important than being a sparkling diamond," Olivo wrote on her Instagram.

"Building a better industry for my students is more important than me putting money in my pockets... The silence about Scott Rudin? Unacceptable. Unacceptable. That's the easy one, y'all. That's a monster. That should be a no-brainer. Those of you who say you're scared, what are you afraid of?"

Update: This article, first published on April 19, was updated two days later following the news that Scott Rudin was also stepping back from his film projects.

Johnny Depp drops out of 'Fantastic Beasts' after libel case

Hollywood star Johnny Depp said he was asked to leave the "Fantastic Beasts" franchise after losing a case against a UK tabloid that claimed he beat his wife. The actor has also pledged to appeal the "surreal" ruling.