Would you want to buy a painting by Adolf Hitler? The Nazi leader's 1914 watercolor was auctioned in Germany on Saturday. It fetched 130,000 euros. 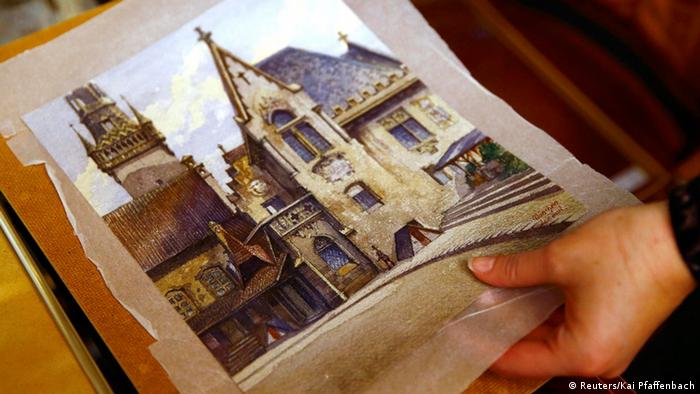 The painting entitled "Standesamt und Altes Rathaus München" (Civil Registry Office and Old Town Hall of Munich) was bought by an anonymous bidder for 130,000 euros (about $161,000).

Auctioneer Kathrin Weidler of the Weidler Auction House in Nuremberg said this is one of about 2,000 works Hitler painted from about 1905 to1920 as a struggling young artist.

Hitler's hopes as a young man of becoming an artist were dashed by his repeated rejection by Vienna's Academy of Fine Arts.

The fetched sum sets a record for a Hitler painting. Before the auction, Weidler expected the painting to go for "anything from a few thousand to something around 50,000 euros."

The sellers are an unidentified elderly pair of German sisters. Reportedly, they wish to donate 10 percent of the earnings to charity.

Billed as the world's most complex entirely handmade watch, Patek Philippe's "Henry Graves Supercomplication" has smashed its own 1999 record as the world's priciest timepiece, selling for nearly $24 million. (11.11.2014)

The discovery of the valuable trove held by Cornelius Gurlitt, the son of an art dealer, unleashed a debate one year ago about returning works once stolen by Nazis. Many questions remain open, and a debate continues. (24.10.2014)

On the anniversary of Hitler's invasion of Poland in 1939, DW spoke with English historian Antony Beevor. He explains Hitler and Stalin's impact on the individual, the global nature of the war, and the morality debate. (01.09.2014)