′Moral choice explains fascination with WWII′ | Europe | News and current affairs from around the continent | DW | 01.09.2014

On the anniversary of Hitler's invasion of Poland in 1939, DW spoke with English historian Antony Beevor. He explains Hitler and Stalin's impact on the individual, the global nature of the war, and the morality debate. 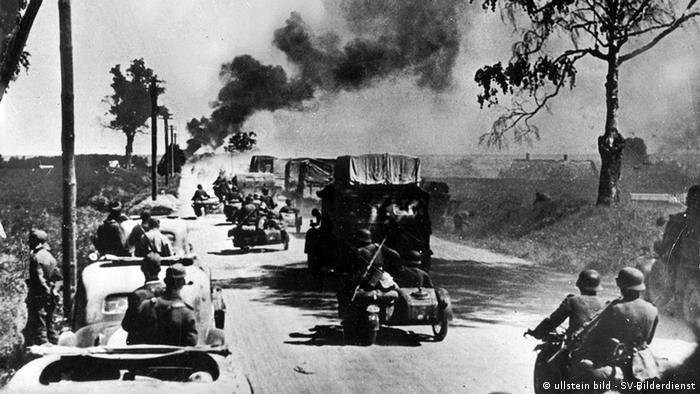 DW: Mr. Beevor, on September 1, 1939 - 75 years ago - Hitler's Wehrmacht invaded Poland. Was this the beginning of the Second World War?

Antony Beevor: I don't think it is entirely, because the point about the Second World War was, of course, that it was a conglomeration of many different conflicts. One of the most important in many ways was the Sino-Japanese War, of which we don't know nearly enough in the West.

I in fact start the book with the battle at Chalchin Gol [Eds: in May 1939]. Although this wasn't a very big battle, the Japanese defeat had a huge effect on the cause of the war not just in the Pacific but also on the war on the eastern front because it meant that the Japanese were not going to help Hitler in his advance on Moscow. This shows that it was very much a global war, rather than just a European war.

You're right; we tend to look at the Second World War as a European War. I was surprised that your book "The Second World War" starts with the example of a young Korean soldier, Yang Kyungjong. Why did you pick him? What does he stand for?

He stands for two things: One is the truly global aspect of this war. Here is this young Korean, forced into the Chinese army in Mongolia, captured by the Russians, forced into a Soviet uniform, captured by the Germans, forced into German uniform, and then he is finally captured by the Americans in Normandy and dies in America. He's gone all around the world. But the other important aspect is that he underlines how the ordinary person had no control over their own fate. And those two aspects struck me very much.

Who started the war? Wasn't it Hitler?

Well, Hitler would have started - and he did - the war in Europe, but he didn't necessarily start the war in the Far East. No, far from it. Obviously the European war was a very important part of it and the way that Hitler was so determined to have a war characterized the extreme cruelty of the conflict.

How important were the politics of appeasement? There was, for example, no response when Hitler sent troops into the demilitarized zone of the Rhineland, and no response when he marched into Czechoslovakia. What role did Chamberlain play?

He played an important part in the sense that he allowed Hitler to get away with the various territorial aggrandisements that he wanted and achieved, in fact, without actually having gone to war itself. We know that Hitler felt angry that he didn't get a war in September 1938. But if one tries to say, "What if Churchill had been prime minister and he had faced up to Germany earlier," would the French and the British have been in a stronger position in 1938 against the Wehrmacht than they were in September 1939? I think all of these questions are important to pose but will never get an answer.

In Germany we tend to think that the Second World War was about Hitler against the rest of the world. Who were the enemies according to your research?

It's so difficult in many ways to make it absolutely clear. One has to remember: Stalin was Hitler's ally when it came to the partition of Poland. Then that changed. And that's why I think it's important to understand all of these different conflicts coming together as opposed to trying to portray it as a simple ideological battle. To think that Britain and America were there purely to defend democracy in the rest of the world is far too simplistic. 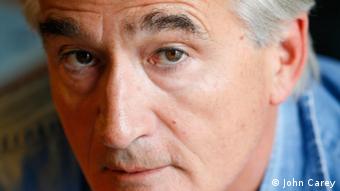 Britain had traditional strategic imperatives in Europe, which was to prevent any single power dominating the rest of the region. America had a slightly more ideological one, but it was also a question of self-interest knowing that the American trade would suffer in the long term if a dictatorship dominated the whole of Europe. So motives were not always presented later in terms of national myths. The implication that we went to war to save the Jews is strictly wrong because at that particular stage nobody ever imagined that Hitler would carry out the Final Solution and even he at that stage had not fully decided it.

That's a very important question because what we've seen too much in the recent past, particularly in the United States, is that the Holocaust was almost created into a separate story apart from the Second World War and that, I think, was a big mistake. Two years ago, I was involved in a big conference at Yad Vashem and I was very encouraged in the way that they were trying to reintegrate the Holocaust into the history of the Second World War. Without the military context you cannot actually understand important aspects of the Holocaust itself.

So it was part of Hitler's warfare?

There is no doubt. One has to remember that originally the final solution - die Endlösung - was going to be very much an act to be carried out once victory had been achieved. And this is the important aspect of that period of 1941 where many historians have argued with great intensity over when exactly the decision was made to move from what is called "the Shoah by bullets" to the Shoah by gas.

I don't know if we will ever have a definitive answer to that particular question, but there was no doubt that it was linked in to the inability of the Wehrmacht to achieve victory on the eastern front. Hitler, I think, was desperate to make sure the Jews did not escape. And that is why he encouraged or even ordered the switch to industrial murder from the mass murder of the Einsatzgruppen [Eds: special units tasked with murdering Jews and other people deemed undesirable by the Nazi regime].

In total, 60 million people died in the Second World War. You call it "the greatest man-made disaster in history." What are the dimensions of the war? How did these five-and-a-half years - if we count from September 1939 to May 1945 - change our world?

It certainly changed our world, but not just politically. It wasn't just the number of people who were killed, but everybody's lives were changed or profoundly effected by it. That's why at the end of the book I tell the story of a German farmer's wife who had fallen in love with a Frenchman. None of these things would have happened if there hadn't been that war. And one of the points of the book is the attempt to integrate history from above with history from below. Because certainly in that way you can really convey the affects of Stalin and Hitler on the lives of absolutely everybody.

What ended the Second World War?

Two separate answers: What ended the Second World War in Europe was of course the final exhaustion of German resources and the destruction of its army on the eastern front. In Japan, it is no doubt that it was the atomic bombs. The Japanese military were determined to fight on even after the atomic bombs had been dropped. They had never allowed any soldier to surrender to the enemy. Of course there is a big debate about the morality of dropping the atomic bomb, but somebody has estimated between two and eight million, counting the number of Japanese who would have died if the atomic bombs had not been dropped.

Antony Beevor is an English historian and a former officer with the 11th Hussars. He served in England and Germany for five years before resigning his commission. He has published several books on the Second World War, including "Stalingrad" and "D-Day." His latest publication, "The Second World War," is now also being released in Germany.

France has paid tribute to the Allied troops who launched the southern invasion of occupied France in WW2, hastening the German defeat. Tens of thousands of African soldiers were involved in the Mediterranean landing. (15.08.2014)

D-Day veteran: 'We went so many places'

American D-Day veteran Daniel DeFrancisco's WWII experiences went well beyond Operation Overlord. The 89-year-old tells DW about England, France and Germany as he saw them on his only trip to Europe - 70 years ago. (05.06.2014)

German Foreign Minister Frank-Walter Steinmeier has visited the site of one of the worst Second World War massacres conducted by Nazi troops in Italy; asking for forgiveness in the town of Civitella in Tuscany. (29.06.2014)