Hitler Book More Sought After Than Ever | Culture | Arts, music and lifestyle reporting from Germany | DW | 18.03.2005

Hitler Book More Sought After Than Ever

80 years after publication, Hitler's "Mein Kampf" -- widely seen as the main source of Nazi ideology -- has been ruffling feathers all over Europe in recent months. In Turkey, it's even become a surprise best-seller. 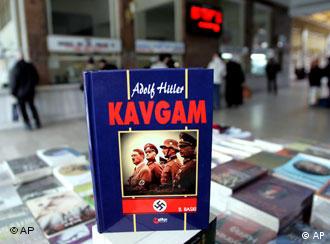 Flying off the shelves in Turkey

Adolf Hitler's infamous -- and notoriously badly-written --autobiography has sold more than 50,000 copies in Turkey since January, and is currently number four on the best-seller list drawn up by the D&R bookstore chain.

"'Mein Kampf' has always been a sleeper, a secret best-seller," said Oguz Tektas of Mefisto editions, one of several publishing houses to re-release the book Hitler wrote while in jail in 1925. "We took it out of the closet for purely commercial reasons."

His company's sole aim, he stressed, was "to make money," which they did -- by slashing the cover price.

The readership? "Those who want to know about a man who wreaked death and destruction on the world," Tektas said.

"Mostly young people," said Sami Kilic, owner of the Emre publishing house, another company on the "Mein Kampf" bandwagon, which sold 26,000 copies from a run of 31,000 released in late January.

"The times we live in have a definite impact on sales," Kilic said. "It is an astonishing phenomenon." 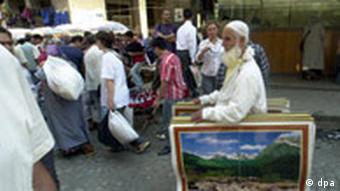 He linked interest in the book to Turkey's bid to join the European Union, seen by the right-wing as a desertion of national values, and rising sentiment against the United States and its ally Israel over the treatment they are perceived here as meting out to the Iraqis and the Palestinians, respectively.

"This book, which does not contain a single ounce of humanity, unfortunately appears to be taken seriously in this country," political scientist Dogu Ergil complained in a recent newspaper interview. He agreed that the unexpected popularity of "Mein Kampf" in the Muslim-majority country has its roots in a rise in anti-American sentiment sparked by the occupation of Iraq and anti-Semitism resulting from Israel's Palestinian policy.

"Nazism, buried in the dustbin of history in Europe, is beginning to re-emerge in Turkey," he warned.

A rise in anti-Semitism?

Silvyo Ovadya, the head of Turkey's Jewish community, said he was "troubled" by the book's popularity, telling AFP he was "astonished a 500-page book that sows the seeds of racism and anti-Semitism can sell at such a low price." But, he said, his complaints to the publishers have gone unheeded. 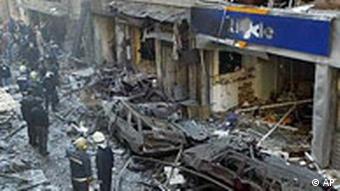 ** ARCHIV ** Burnt vehicles are seen after an explosion outside of the Neve Shalom Synagogue in Istanbul, Turkey, on Nov. 15, 2003. The entrance to the synagogue seen at left. Suicide car bombers attacked two synagogues in Istanbul, killing at least 23 people, officials said. A militant Turkish Islamic group claimed responsibility for the blasts. One explosion went off outside the Neve Shalom synagogue, the city's largest. (AP Photo/Murad Sezer)

Most of Turkey's 22,000 Jews -- out of a total population of 71 million -- live in Istanbul, where there are 18 synagogues. In November 2003, two of them were targeted by car bombs blamed on an Al-Qaeda linked organisation, killing 25 people and wounding hundreds of others.

Turkey isn't the only country where "Mein Kampf" is causing a stir. Just weeks after Polish publication of the book made headlines in Bavaria, which holds the rights, the Czech Supreme Court acquitted Michal Zitko, a publisher

who had been convicted of supporting a movement aimed at suppressing human rights by publishing a Czech translation of "Mein Kampf."

Last January, Prague City Court gave him a three-year suspended sentence, which was then overturned by the higher court in Brno. Supreme Court chairman Eduard Teschler concluded there was no evidence that Zitko actively supported the movement, for example, by recruiting supporters. 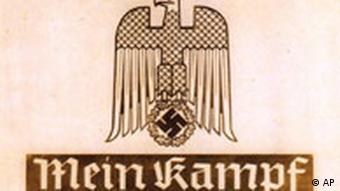 Meanwhile, the general prosecutor's office of Azerbaijan last December investigated the publication of "Mein Kampf" by Avaz Zeynalli , the editor of an Azeri newspaper.

According to Zeynalli, the investigation was prompted by a complaint by the Israeli embassy in Baku and the Azeri Jewish community. The editor was questioned by officials with the Azeri interior ministry's anti-organized crime department. Zeynalli said he had translated "Mein Kampf" into Azeri from the Turkish language and had placed an order with a printing house for the publication of 300 copies, 100 of which had already been printed.

He argued that the publication of "Mein Kampf," which openly advocates extermining the Jews, was not banned in Azerbaijan.

The Polish publication of Hitler's "Mein Kampf" has angered Bavaria, which holds the rights. The German state has urged Warsaw to recall it from stores. Now, the Polish foreign minister too, has slammed the edition. (Feb. 25, 2005)

A planned reading from Hitler’s autobiography "Mein Kampf" has sparked much debate in the eastern German state of Mecklenburg-Vorpommern.(Aug. 14, 2003)

A luxury hotel is about to open near the spot where Nazi dictator Adolf Hitler once relaxed. Resort officials hope that fancy spa treatments and an exhibit about the Nazis will help overcome the shadows of the past.(Feb. 8, 2005)