Hiroshima continues to polarize on 66th anniversary | World | Breaking news and perspectives from around the globe | DW | 06.08.2011

The US is the only country that has used an atom bomb in war and 66 years after it dropped one on Hiroshima, opinions are still sharply divided about the decision. The strong emotions are likely to last for decades more. It's a touchy subject for Obama. During his Japan visit, neither Hiroshima nor Nagasaki was on the agenda.

Asked in Tokyo if he thought the dropping of the bomb had been justified, he dodged the question. 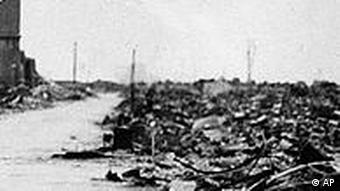 The atom bomb killled more than 100,000 people in Hiroshima in WWII

"I certainly would be honored – it would be meaningful for me to visit those two cities in the future," he said, but added that he had no concrete travel plans.

In 2010, Obama for the first time in history sent an official US government representative to a memorial event in Japan.

"Obama would probably very gladly bring the issue to a close," said historian Richard Rhodes, who received a Pulitzer Prize for his book, "The Making of the Atomic Bomb."

"But he could only do this in his second term," Rhodes added. Until now, no ruling president has visited the two cities, and Rhodes is convinced that such a step would draw heavy protest from conservative politicians – and voters.

Many Americans would see such a visit as an admission of guilt – for something that, in the eyes of many, doesn't need to be excused.

War crime, or means to an end?

The atomic option, Rhodes says, belonged to the military's repertoire at that time, just like other forms of aerial warfare – like carpet bombing – today considered far too indiscriminate.

"One wanted to avoid the trench warfare of World War I," Rhodes said, in addition to retaliating against the Japanese bombing of Pearl Harbor.

For Jacob Hornberger, founder and president of the libertarian "Future of Freedom Foundation," the dropping of the bomb was "one of the worst war crimes in history," and should never have occurred.

"To attack civilians is a war crime," he said, adding that the United States owed Japan an official apology. 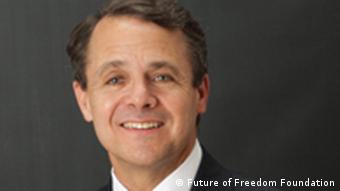 But that's not likely to come any time soon, although opinions of the action have changed over time, according to Allan Winkler, a historian at Miami University in Ohio.

What initially was justified through military necessity has since been reconsidered in the context of the looming Cold War.

"They wanted to prevent Japan from being occupied by the Russians," he said.

Indeed, many historians think the dropping of the bomb became inevitable the moment J. Robert Oppenheimer started the Manhattan Project.

But many World War II veterans – especially those involved in dropping the bomb – bridle at doubts about the validity of the decision.

On the 50th anniversary of the bombings of Hiroshima and Nagasaki in 1995, the National Air and Space Museum in Washington, D.C., wanted to display artifacts from Japan next to the B-29 aircraft that dropped the bomb.

These included, for example, a partially burned clock with the time of the Hiroshima attack – 8:15 –frozen on its face. 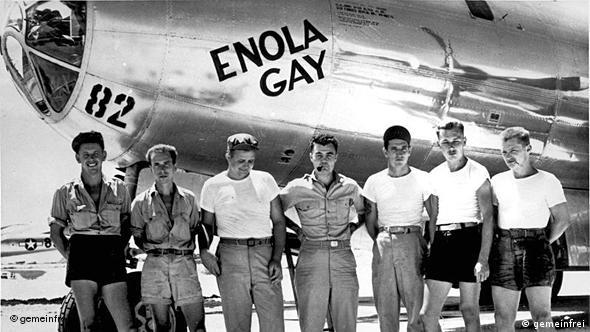 The Enola Gay, which dropped the bomb on Hiroshima, was named after the pilot's mother

But Air Force veterans strongly protested the move, remembers Rhodes, who at the time was on the committee that recommended the display piece to the museum.

It wasn't the first time that soldiers had refused to show anything that documented the destructive power of the bomb, according to Rhodes.

"The veterans wanted for the exhibit to only celebrate the plane and its crew," he said.

Particularly graphic photos were not to be shown, he added. And the veterans succeeded, as the exhibit showed only pieces of the aircraft, and interviews with the crew.

Objective reflection only in time

"This controversy shows how at odds Americans still are when it comes to the bombing," Rhodes said. The reactions surprised him, he admitted, because the destruction is a simple fact.

"There has been a reluctance on the part of Americans since World War II to acknowledge the destructive power of their own weapons," he said, adding that it likely takes "100 years" for people "to make unbiased judgments about a war." 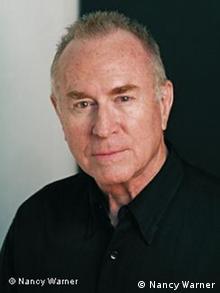 Today, 16 years after the 50th anniversary, such an exhibit would perhaps not be so controversial. But one can't be sure. Because, the historian said, "feelings that are associated with the violence of war, especially relating to civilians, can persist beyond generations."

Nevertheless, historians also confirm that Americans currently have concerns beyond the immense power of their country's nuclear weaponry.

The Cold War is over, and even the Russians' nuclear weapons aren't considered an urgent threat. The military has generally backed away from carpet bombing.

Schoolchildren no longer learn how to "duck and cover," or hide under their desks in case of a nuclear attack. The era of the private bomb shelter is also over.

But that doesn't mean that nuclear weapons don't pose a threat anymore – especially considering the fact that many terrorist groups have made it an explicit goal to attain them, even if only in the form of a 'dirty' bomb of relatively low power.

Which is one reason why President Obama favors nuclear disarmament. But that will surely prove a long-term project.

After two days of talks with the US in New York, North Korea says it wants an early resumption of the six party denuclearization talks. The North walked out of these negotiations in 2009. (01.08.2011)

The Japanese port of Nagasaki has marked 65 years since it was flattened by a US atom bomb, that killed over 70,000 people. The debate on whether the bombings of Hiroshima and Nagasaki were at all justified rages on. (09.08.2010)

More information on UN actions against weapons of mass destruction.