Hipgnosis: the studio that turned album covers into art

One of the reasons vinyl records are still so popular is that it's a great format for cover art. The British graphic design studio Hipgnosis were the visual pioneers of the progressive rock scene in the 1970s.

The sky is cloudless. Two men wearing suits shake hands while standing amid industrial warehouses. One of them is burning — even his head is on fire.

This photo for Pink Floyd's Wish You Were Here is one of the most famous album covers ever made. The artwork was created by the legendary British design studio Hipgnosis, founded in 1967 by Aubrey Powell and Storm Thorgerson.

The first cover created by Hipgnosis was for Pink Floyd's A Saucerful of Secrets in 1968. The musicians and the artists were school friends. The studio would go on to create 10 covers for the band within the following decade. 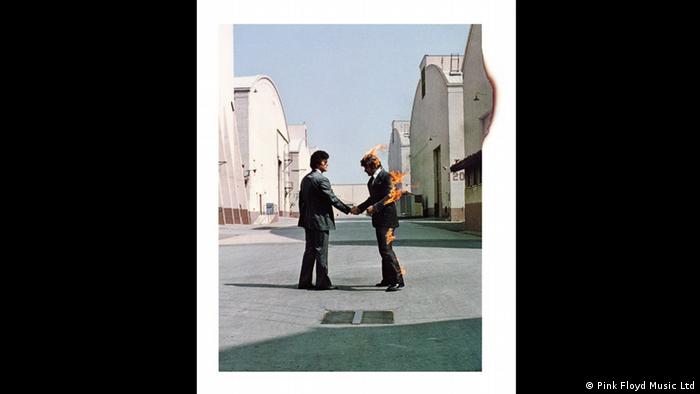 "Wish You Were Here"

Traditional band portraits were obviously too boring for Powell and Thorgerson. The members of Pink Floyd did appear on the cover of Ummagumma (1969), but in an experimental form. Their portrait was repeated infinitely through a picture hanging on the wall. In each scene, the musicians have however switched positions and poses.

Later, the cow on Pink Floyd's Atom Heart Mother (1970) had absolutely nothing to do with the band or the content of the album. It simply aimed to draw attention. And it worked. Even though the band's name wasn't even on the cover, everyone who wanted the new Pink Floyd record knew they had to look for a cow. 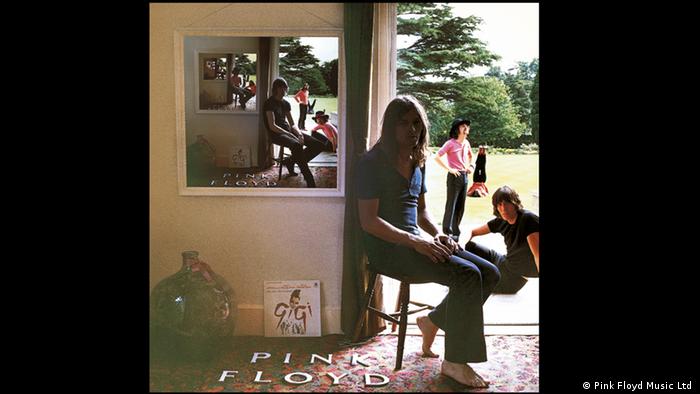 Way before the cultural revolution of 1968, artists had already rebelled against established definitions of art and those views progressively found their way onto albums.

A polished image of the band no longer needed to appear on the cover. The focus was on the message of the music. In some cases, the goal was to show how experimental they were. Suddenly all forms of artistic expression were possible.

Hipgnosis were pioneers. But while the designers were loved by musicians, record labels initially hated them. How were they supposed to promote an album if it didn't even show the band — or their name?

For The Dark Side of the Moon (1973), the graphic designers were asked to come up with something "smarter, neater — more classy."

The band hadn't reached the peak of its fame yet, but they were already renowned for orchestrating elaborate light shows on stage. For the album Dark Side of the Moon, Powell and Thorgerson came up with the idea of the glass prism dispersing light into color to translate the band's artistic approach.

In the wake of the iconic design for that extremely successful album, all the top high-profile bands who could afford the London designers' artwork showed up at their door. 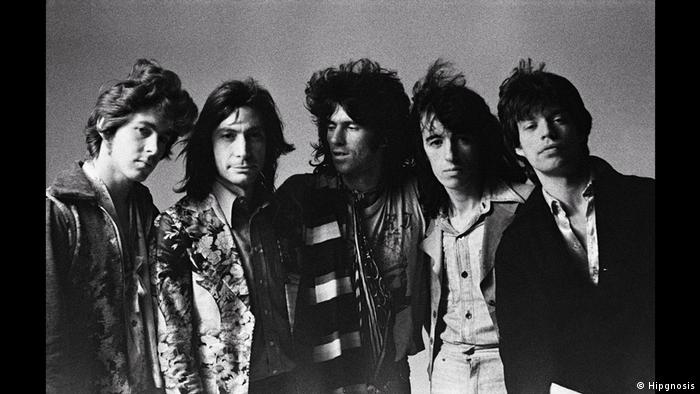 Hipgnosis did portraits, like this one of the Rolling Stones, but would never have used that as art for an album

Reflecting an era of the past

Many of the designs created by Hipgnosis some 40-50 years ago would no longer be acceptable today.

For example, the Scorpions' instructions for the cover of Lovedrive were simple: It should show sex, women and be provocative.

Hipgnosis came up with a picture of a well-dressed couple in the backseat of a car; the man is pulling pink chewing gum off the woman's uncovered breast as she stares blankly into the camera. The band loved the artwork.

At the time of the release of the album in 1979, the picture was seen as shocking but not because it was considered misogynist. Powell admitted that such a concept wouldn't go over well in today's Me Too era: "There would be a call to arms," he said in an interview with weekly Der Spiegel last June. Still, "it was just meant to represent something really surreal, a bizarre incident," he explained.

The cover art of Led Zeppelin's Houses of the Holy wouldn't go down well today either. Naked children are climbing on an unusually-shaped rocky landscape — Giant's Causeway in Northern Ireland — that was painted in surreal colors. While the cover is world famous, portraying naked young blond children wouldn't seem appropriate today.

Hipgnosis kept on producing cover art until 1984, with their last works including Ammonia Avenue by The Alan Parsons Project; Now Voyager by Barry Gibb; and About Face by former Pink Floyd member David Gilmour.

Powell, Thorgerson and their large team have designed some 350 album covers to this day. Many of these albums made music history not only because of the tracks, but thanks to the singular artwork.

The exhibition "Daring to dream. 50 Years of Hipgnosis" opens on September 30 at the Browse Gallery in Berlin and runs through October 28.

More on the designer group can also be found in the book "Vinyl, Album, Cover, Art: The Complete Hipgnosis Catalogue" that was published in 2017.

Album covers not only give a first impression, they become an icon of the music they accompany. Some famous covers were designed by established artists. Do you know who created this Beatles artwork? (31.03.2017)

Fifty years ago, Aubrey Powell and Storm Thorgerson created the art design group Hipgnosis. With their surreal cover art, they left their mark as one of the most important design collectives in pop music history. (28.09.2018)