High duties keep food imports from poor countries out of Europe | Environment | All topics from climate change to conservation | DW | 15.01.2010 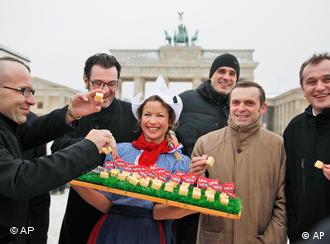 Issa Ouedraogo from Ghana has as a dream.

On his 600 hectares of farmland, he cultivates cassava, coconuts, as well as grains and various fruits. Organic products sell well in Europe, and Ouedraogo would like to export his produce. But that is difficult, he says. His government should help small farmers like him more by providing cheap credits.

"If they were to do that, Africa, particularly Ghana, could also provide the other West African countries with food and other agricultural products," Ouedraogo said.

Neighboring African countries as well as Europe could become a lucrative market for Ouedaogo and other small farmers in developing countries. But the high import taxes charged by the EU pose a major impediment to international trade. 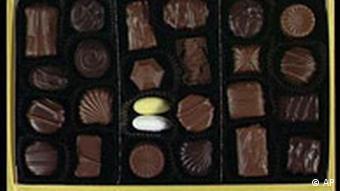 One particular problem is tariff escalation: Import tariffs increase the more processed a product becomes. This measure ensures that most imports to the EU are raw products like coffee, cocoa or pineapples which cannot be cultivated in Europe.

In some cases, tariffs can reach up to 146 percent, for instance for some canned tropical fruit specialties, says Francisco Mari, an expert on agriculture and fishies at the German protestant development service, EED.

"There is a wide range. If Arabica coffee would be roasted in Africa, the import tariffs would be 100 or 120 percent," Mari said.

Critics have been arguing that the tariff policy exploits developing countries as suppliers of cheap, unprocessed food products without giving them a fair chance on the European market.

However, there have always been exceptions, for example for former British and French colonies.

Since 1975, the Lomé and Cotonou trade conventions provide that almost all agricultural products from 71 countries in Africa, the Caribbean and the Pacific - the so called ACP countries - enter the European market free of duty. Only a few products, like sugar and rice, are excluded from this regulation. 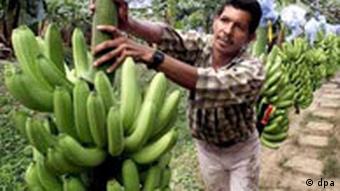 The agreement made banana imports from Africa cheap, while Latin American producers had to pay higher duties and felt disadvantaged. The ACP agreement did not include former Spanish colonies, which prompted Ecuador and Costa Rica to sue the European Union. They won the case in 2009. The EU now has seven years to lower import tariffs on bananas from 174 euros per ton to 114 euro.

"That is not fair," said agriculture expert Francisco Mari.

"Banana production is more difficult and expensive in Africa than in Latin American countries. Production is cheaper because huge agro-multis (agricultural multinational corporations) are very active there."

He adds that many African farmers now fear that African bananas will be pushed out of the European market.

Even thought the EU likes to seal its market off from competition, it has in fact lowered tariffs for some countries. Under the Everything-But-Arms-Initiative, the 49 poorest countries can sell all kinds of products tax-free within the EU, with the exception of arms.

But most developing countries do not benefit from such tax-exemptions because they simply have no capacities to build up a food industry geared towards exports. 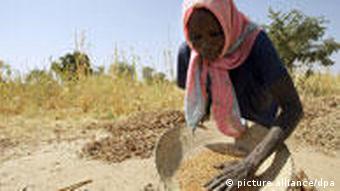 And tariffs are not the only impediment to international trade. "We have found other ways to keep products from developing countries out of Europe, and to ensure their profits," said EED expert Francisco Mori, citing the so-called rule of origin.

It says that countries can export their goods to Europe duty-free, provided that every ingredient as well as the packaging originates in that particular country.

"For instance for juice, every ingredient has to come from that particular country – from the plastic container down to the last sugar cube," Mori explains.

"For very poor countries, it is impossible to produce all these things themselves - that means, they loose the duty exemption."

Food products not fit for the EU destroy domestic markets

The second problems is posed by the strict EU standards for imported food products, including hygiene and health standards as well as regulations for size, form and colour of a certain product.

While the regulations are supposed to protect European consumers, they can have devastating impacts on small farmers in export countries. In Morocco for instance, 40 percent of the tomato crop that is cultivated to be exported to Europe does not fit the European standards. So instead of being shipped abroad, the tomatoes are sold cheaply on Moroccan markets. Small local farmers have a hard time competing with the cheap produce and struggle to survive.