UN statisticians estimate that the planet's population will reach 7 billion by the end of October. That person could be born in Niger, where high birth rates are making it hard for families to feed their children. 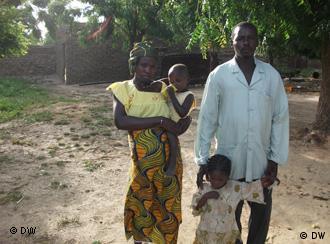 Souley Adam finds it hard to feed his large family

Souley Adam and his eight children and two wives live in a small village called Soumarana in the Maradi region of the West African nation Niger.

That's eleven people to feed - every day. And the twelfth is on its way.

Maradi has the highest population in Niger and for many families this growth is more a curse than a blessing. It is seen as the main reason for poverty in the region. The bigger a family gets, the less food there is to eat. 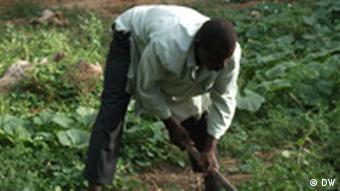 There is too little land for successful subsistence farming

For Souley Adam, the cliché is reality.

Souley and his family live from hand to mouth and he can never be sure whether he will earn enough to feed his family.

"I'm a well-builder and sometimes I also work as a brick layer," says Souley Adam. "If you find work, you can feed your family well for a few days, but if you don't, it is hard."

Life is hard almost everywhere in Niger - it is one of the poorest countries in the world.

About 60 percent of Niger's population lives under the poverty line.

Barely enough to feed themselves

Most people live off subsistence farming. They operate as small holders and usually produce just enough to feed themselves.

But the situation is critical in Maradi - a region that makes up a mere three percent of the country's land mass, but where more than three million people live. And as the population grows, the area of arable land shrinks. 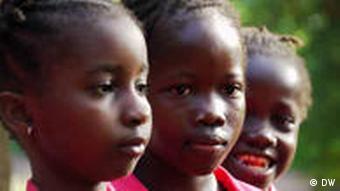 Many hope children will bring prosperity

Souweba is Souley's first wife. She has five children and is expecting her sixth.

It could even be the child who enters the world as its 7-billionth citizen.

But Souweba is worried about other things. Her husband is often unemployed and that means she also has to look for ways to earn a little money so they can feed their children.

"It's difficult if you have nothing to eat and your husband comes home empty-handed," says Souweba, "so I sell millet dumplings to feed our children, but it's not enough."

Souweba says the millet dumplings earn her about 30 euro cents ($0.40) a day.

"I know it's hard for my children, but they are a gift from God, so what else can I do?" she asks.

Many parents have very little time to think about their children's future or education because they are constantly worrying about where the next meal will come from.

Even if there is time to think about education, there is no money for it. But without an education many children will likely remain in the same situation as their parents. 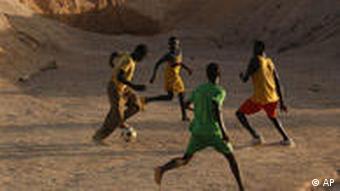 And this is where Niger's traditional, hereditary system contributes to the country's levels of poverty. If a father leaves arable land to his children, the land is divided among all of his children.

So, through the generations, a large field will get smaller and smaller - and the less land you have, the less potential you have for earning money.

Souley knows that his children's development will be hindered by the fact that his family is so big.

"If you have a lot of children, the grain you earn is seldom enough for a decent life - you can't feed them as you wish," says Souley.

But despite these doubts, Souley and his wife Souweba are excited about their sixth child.

Many families hope a big family will bring them prosperity and security in old age. Having children in Niger is considered so important that on average women give birth to eight children.

It is a small wonder, then, that the population in the region of Maradi alone is expected to double in the next 17 years.

The global population is growing at a faster rate than ever before. But can our planet sustain 7 billion people? Some politicians and experts are rethinking our current economic and social models. (25.10.2011)

To mark World Food Day on 16 October 2011, DW-World presents an exclusive interview held earlier this month with Jean Ziegler, the former UN Special Rapporteur on the Right to Food, about the causes of world hunger. (16.10.2011)