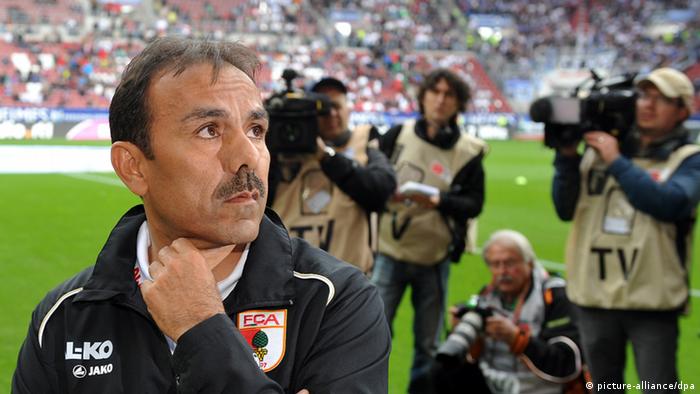 It's still not entirely clear whether Jos Luhukay will coach a Bundesliga team or a second division outfit when he takes over at Hertha Berlin - but the second division would seem the most likely outcome.

The capital club has appealed against the result of its relegation playoff defeat versus Fortuna Düsseldorf, which was marred by unruly fans from both sides. Hertha's lawyers say Tuesday's result might have been different without a premature pitch invasion by Fortuna fans that led to a delay of almost 20 minutes.

"For us, the game was irregular," Hertha lawyer Christoph Schickhardt said of the appeal. "It was not a normal sporting contest. The only reason the game was restarted [after the pitch invasion] was to prevent further escalation."

The less-than-exemplary behavior by Hertha's flare-throwing traveling supporters beforehand, however, is likely to water down the ambitious legal appeal. 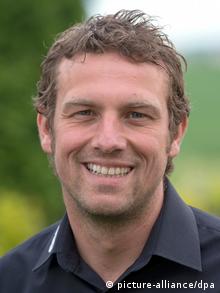 Augsburg's new coach Weinzierl is a fresh face for the Bundesliga

Luhukay is the Dutch coach who steered no-name Augsburg to safety this Bundesliga season only to quit his post immediately after the final game. He was following in the footsteps of almost all of the side's backroom staff below Chairman Walter Seinsch, who seems set on reshuffling Augsburg's management.

Seinsch, meanwhile, confirmed on Thursday what has long been rumored: Markus Weinzierl - who led third division Jahn Regensburg to promotion this past season - will take over the reins at Augsburg next season. Weinzierl's Regensburg side only recently secured promotion to the second division in a relegation playoff, meaning the club's season lasted longer than Augsburg's. The Bavarian side was apparently waiting so that the coach could finish his year's work in the lower leagues before making the switch to the Bundesliga.

Weinzierl had said prior to confirmation of his move that he considered it "enormous praise" to be connected with a Bundesliga side given his third-division coaching status.

"It's also praise for the [Jahn Regensburg] team and their brilliant season. The players can all feel just as honored as I do," Weinzierl said.

The departing coach led his side into the second division at the expense of Karlsruhe - themselves a Bundesliga team just two years ago - who have plummeted down to the third tier of German football.

After saving a club that hardly anyone thought able to compete in the Bundesliga, Luhukay will now move across to a team whose probable relegation was something of a surprise. The 48-year-old, who brought Augsburg up to the Bundesliga for the first time, said he was excited to take on another long-term project.

Defeated Hertha Berlin have protested the result of their relegation playoff with Fortuna Düsseldorf. Fans from both sides set parts of the pitch ablaze with flares and later invaded it before the final whistle. (16.05.2012)

"I am looking forward to the extremely appealing task at Hertha and in Berlin. That's why I quite consciously decided to say yes to the job - in either division - when talking to Michael Preetz," Luhukay said, referring to Hertha's off-pitch club manager.

Hertha's current coach, Otto Rehhagel, the fifth to lead the club this season if you count interim solutions, will stay on duty for the foreseeable future in case the game against Fortuna Düsseldorf needs to be replayed. The club said that - just in case - Rehhagel would be leading a training session on Friday with the squad, who would normally be on their summer holidays at this stage.

Manager Michael Preetz also said he thought the turbulent encounter in Düsseldorf should be replayed.

"The players were afraid. It wasn't about the sporting outcome anymore. The question of our own safety stood in the foreground, not the attempts to score a decisive goal in the final two minutes of play," Preetz said.

The sporting court of the German football association (DFB) has not yet responded to Hertha Berlin's legal appeal.