The man who saved the lives of 1,200 Jews during the Holocaust would have turned 100 on April 28, 2008. The subject of a 1993 Hollywood film, Oskar Schindler remains controversial for some. 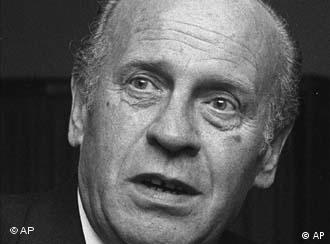 Schindler remained relatively obscur until the Hollywood film about him

In Germany, a special edition postal stamp has been issued in honor of Oskar Schindler's 100th birthday. But in his home town of Svitavy, in what is today the Czech Republic, there is resistance to memorializing what some remember as a "Nazi" and a "spy."

A new exhibit, set to open on Tuesday, April 29, aims to change that.

"There's a minority that says, 'He was a Nazi, a spy, a Sudeten German and a member of the NSDAP, the party that destroyed the republic," city historian Radoslav Fikejz, who prepared the exhibit, told German broadcaster Hessischer Rundfunk.

Schindler was born in 1908 in Svitavy, known then as Zwittau, as the son of a farm machine manufacturer. At that time, nine of 10 residents were ethnic Germans, but nearly all of them were expelled from the region after World War II.

A man with two faces 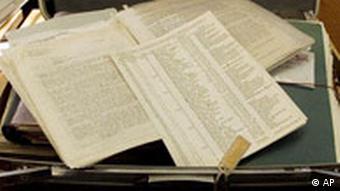 Fikejz said Schindler didn't enjoy a particularly positive reputation. He was known as an opportunist, a spy and a playboy.

In 1924 he was dismissed from school for falsifying his report card. He seemed more interested in beautiful women and fast cars than education.

Having failed as an entrepreneur, he joined Hitler's counter-intelligence corps to spy on Czechoslovakians. In 1939 he was arrested by the Czechoslovakian police and sentenced to death, but avoided execution because the German troops invaded the country shortly after.

That same year he purchased a bankrupt porcelain factory in Krakow, Poland, and began producing tableware for the German soldiers. As his business prospered, he took on more and more forced Jewish laborers.

A natural businessman, Schindler maintained positive relations with the Nazis. When the Russian army approached Krakow, he was able to convince the Nazis that it was crucial to their war effort to relocate the factory to Brnenec in what is now the Czech Republic.

Schindler spared some 1,200 Jewish laborers from deportation by adding them to his personnel lists, ensuring that they joined him in Brnenec instead of landing on a train to Auschwitz. 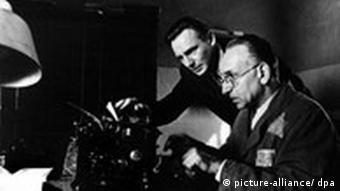 Some Czechs are beginning to change their opinions regarding Schindler

A monument to Schindler was erected in front of his parents' house in Svitavy after a long conflict and much resistance, particularly from the communists in the city council.

"I think it would be good if people here would say, 'Yeah, he was one of us, he was our fellow citizen,'" said Fikejz. "But the older generation only knows a simplified version of the story."

Nevertheless, more and more people in the Czech town are starting to see Schindler as someone who rescued the Jews, he added -- a change he hopes to encourage with the exhibit.

Although Schindler's former neighbors are divided as how to remember him, the Jews he rescued faithfully supported him over the years. In 1963 they opened a fund to offer him financial assistance when he returned to Germany after his nutria farm failed in Argentina.

In 1967, he was honored at the Yad Vashem Holocaust Memorial in Jerusalem as "Righteous among the Nations." Following his death near Frankfurt on Oct. 9, 1974, Schindler was buried, according to his own wishes, at the Franciscan Cemetery in Jerusalem.

A new exhibition at a Berlin museum -- a former brush factory run by a German entrepreneur during the Nazi era -- throws light on a network of people who tried to save Jews from deportation to Hitler's death camps. (08.05.2007)

John Rabe was an ordinary German businessman in China when the Japanese invaded Nanking in 1937. Nearly 70 years later, a memorial was dedicated to the "Good German" who saved thousands of Chinese lives. (08.11.2006)

John Rabe, a German businessman saved thousands of Chinese from Japanese soldiers during WWII. DW-WORLD.DE spoke with Erwin Wickert, the editor of his diaries. (11.11.2006)

What is your impression of Oskar Schindler? Please include your name and country in your reply.