Memorial Dedicated to the ″Oskar Schindler of China″ | Germany| News and in-depth reporting from Berlin and beyond | DW | 08.11.2006

John Rabe was an ordinary German businessman in China when the Japanese invaded Nanking in 1937. Nearly 70 years later, a memorial was dedicated to the "Good German" who saved thousands of Chinese lives. 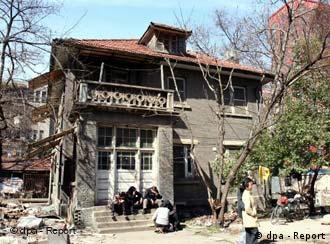 There is an old saying: "you can't go further than China." A century ago, the journey from Germany took 10 days across the Eurasian landmass via the trans-Siberian railroad, or it took a month by ship through the Suez Canal to the eastern port city of Shanghai.

The 1930s was a time of economic depression at home that helped lead to the rise of Adolf Hitler. But abroad, Germany's trade with China flourished, and the people there knew little of what was happening in the heart of Europe.

German expatriates who were posted to the far east were largely out of touch with events unfolding in Europe and generally fell into one of three categories: mercenaries, missionaries or misfits.

John Rabe, born 1882 in the northern port city of Hamburg, was a combination of all three. A member of the Nazi party in Germany, Rabe sold turbines and telegraph equipment for Siemens, and rose to become the German company's chief trade representative in the Chinese wartime capital of Nanking, now called Nanjing.

His career in China from 1908 to 1938 would have been unremarkable, except for one thing: the meticulous 1,200-page diary he kept that chronicled daily life during a nearly forgotten chapter of the second Sino-Japanese war.

Saving lives with a swastika

During the Japanese occupation, however, Rabe did something else that influenced more lives than a journal ever could: He used his Nazi credentials to rescue thousands of Chinese from certain death. 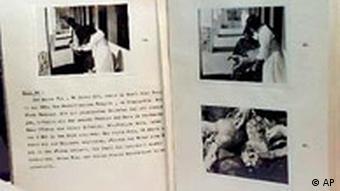 When the Japanese army, which had already occupied northern China, invaded Nanking in 1937, most Westerners fled the besieged city. But Rabe and a handful of other foreigners, mainly German, American and British missionaries and doctors, stayed behind.

"The Japanese had pistols and bayonets. I had only my Nazi party symbols and my swastika armband," Rabe wrote in his diary. Chinese officials say that 300,000 were slaughtered in Nanjing, a disputed figure that some war historians say is inflated.

Revered as a "living Buddha" in China

Last week a memorial in Nanjing was dedicated to the "Good Nazi" who was revered as a "living Buddha" in China. Known by many Americans as the "Oskar Schindler of China," Rabe has remained virtually unknown in the country of his birth.

When Rabe returned to Germany in 1938, he gave public lectures about the Nanking atrocities, expecting Hitler to use his influence with an Axis ally. Instead, he was detained by the Gestapo.

He continued working for Siemens in Berlin, and was briefly posted to Afghanistan. After the war, he was arrested first by the Soviets, then the British, and petitioned to be "de-Nazified."

He won the fight against the ideology behind the symbols he used to save lives, but the legal costs had left his family penniless. When the Nanking survivors of his largesse heard about his plight, they sent him CARE packages. He died in 1950 of a stroke.

Former home is now a museum

Rabe's former home in the then international settlement in Nanking, which had become a safe haven for the Chinese, is now a museum and center for international research, peace and reconciliation. Siemens contributed some $285,500 (224,414 euros) to renovate the house, which contains copies of the diary, photographs and other historical documents.

"This is a German Story"

In an interview with DW-WORLD.DE, US historian Timothy Naftali says Germans should pressure their own government to receive more information on the role of Nazis in German government after 1945. (08.06.2006)

It's where thousands of Nazi followers gathered and Leni Riefenstahl filmed "Triumph of the Will." Now the Nazi convention site by Nuremberg offers visitors a glimpse into the how's and why's of Germany's darkest period. (27.06.2006)