Help for troubled spies - How to leave intelligence agencies | Germany | News and in-depth reporting from Berlin and beyond | DW | 29.09.2015

Help for troubled spies - How to leave intelligence agencies

A new campaign aimed at helping intelligence agents with moral qualms to leave their secret services has been launched in Berlin. The ad campaign might sound ironic - but its intention is deeply serious. 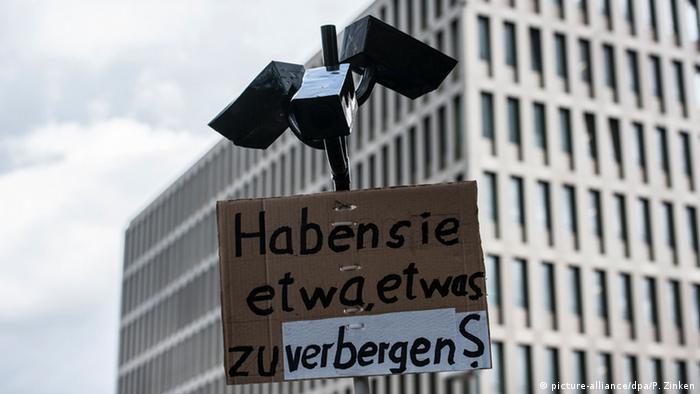 There are exit help services in Germany for neo-Nazis and Islamists who need a way out. But intelligence agencies are equally difficult to find a way out of. A new campaign - Intelexit.org - organized by the German social justice collective Peng was set up this week to help intelligence agents with scruples to "leave the intelligence services and build a new life," as its promotional leaflet says.

The campaign has mischievously placed outdoor billboards with slogans like "Listen to your heart. Not to private calls" in Europe and the US wherever conscience-ridden intelligence officials are likely to be found.

The posters have appeared outside the headquarters of the NSA in Fort Meade, near Washington DC, but also in front of the headquarters of its German and British equivalents, the BND and GCHQ, as well as the NSA's "Dagger Complex" base near Darmstadt, Germany, and the US embassy in Berlin.

Sometimes the campaign does not seem altogether serious. On the intelexit.org website, users can create their own resignation letter by means of multiple endings to a number of statements. For instance, the line "The intelligence agency I work for..." can be completed with "lost its moral compass," "violates fundamental freedom or democratic principles," and "abuses the idea of 'national security' in order to justify violations of the constitution" - and all three boxes can be ticked as well. At the end of the process, the website generates a PDF for the spy to print out and send to his employer.

Similarly, in the video on the website, an endorsement from real NSA whistleblower Thomas Drake is interspersed with interviews with a Viennese psychologist Angelika Scheider and a former Stasi agent Walter Eichner who look suspiciously like actors - at least, an Internet search for both proved fruitless. Whatever the truth of the campaign, Intelexit.org insists that its purpose is genuine.

"This is just a campaign that we're running at the moment - the campaign always comes on top of the work we actually do," a spokeswoman named "Liz" told DW. "A campaign always has its moment where it is being staged and maybe funny, but the work itself is serious." 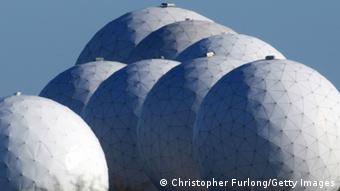 Liz said that since its launch on Monday, the organization has already been contacted by several people from intelligence agencies who are "really interested in leaving." She would not offer any more details, but said they were currently verifying their credibility. She also says that the idea was not to encourage agents to release classified information, but merely to offer a platform to help people out: "We are rather focusing on individual people and their wellbeing so that they can get out."

"Primarily it's not so much to motivate people to leave, but rather to be there for people who are already thinking about leaving," she added. "We have heard about people who are within the system and are not so happy about it."

Intelexit says it provides professional legal and psychological advice for spies who are considering leaving. "If you're working within a system that relies on spying on other people you sooner or later become paranoid," Liz said.

That paranoia became apparent when Intelexit.org stationed people outside gates to hand out flyers to agents. "At GCHQ [the reaction] was rather stern," she said. "Many of them crossed the street so they wouldn't have to interact. But that's understandable - they wouldn't want to be seen talking to Intelexit people right in front of GCHQ. But still, we know that they saw us, and that's what's important to us."

Unsurprisingly, the intelligence agencies have been cagey about offering a response. When contacted by DW, the BND refused to comment, while GCHQ would only offer a pre-prepared email statement, which said, "The work of GCHQ is carried out within a strict legal framework and there is no question of anyone being asked to do anything unlawful or which they consider to be unethical. There are a range of independent support services within GCHQ which allow staff to discuss and resolve any personal issues they may have safely within a secure environment."

"This includes unlimited access to a staff welfare service, and an independent Staff Counsellor, as well as to the normal management structures," the statement continued. "GCHQ actively encourages staff to discuss any concerns they might have about their work and we pride ourselves on the structures we have in place to support this."

But this faith in internal structures is belied by the testimonies of previous NSA whistleblowers like Drake and Snowden, who both say they repeatedly went to their superiors to raise their concerns about constitutional violations.

European citizens' data has no adequate protection in the US, the main advisor to the top EU court has declared. The court is considering a complaint against Facebook, filed by a 27-year old law student from Austria. (23.09.2015)

In the first ever live interview by the chief of a UK spy agency, MI5 head Andrew Parker has appealed for more surveillance powers. He said Britain's security forces had thwarted six plots in the past year. (17.09.2015)

The opposition in Germany's NSA spying scandal has filed a constitutional complaint. Germany's Left and Greens are demanding the full list of "selectors" to be published. (17.09.2015)