Five NATO troops, including two Britons, have been killed in a helicopter crash in Afghanistan. The accident came hours after a British convoy came under attack by the Taliban. 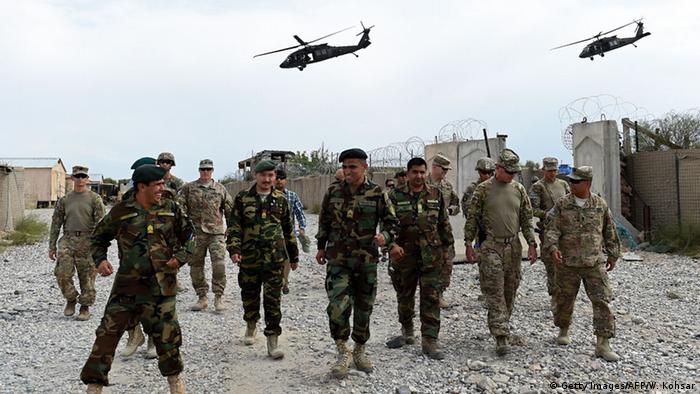 Five others were also wounded after a British helicopter crashed at NATO headquarters in Afghanistan's capital.

The NATO led military coalition did not provide details of the nationalities of those killed in Sunday's crash, but Britain's ministry of defense said two Royal Air Force members were killed in what it described as an accident.

"The incident is currently under investigation but we can confirm that it was an accident and not the result of insurgent activity," the ministry of defense said in a statement on Monday.

The accident occurred hours after a Taliban suicide bomber attacked a British convoy in Kabul, killing three civilians. No British casualties were reported.

Afghan security forces have come under increasing pressure from the Taliban in recent weeks. Taliban forces briefly took over the northern city of Kunduz in late September in what was viewed as a significant blow to NATO trained Afghan forces ahead of a planned gradual withdrawal of forces from the country.

While government forces have since recaptured most of the strategically important city, the Taliban has since gained territory in the neighboring provinces of Takhar, Baghlan and Badakhshan. A resurgent Taliban has forced NATO forces to intervene with air support and Special Forces to back up Afghan troops.

In early October, a US military transport plane crashed in eastern Afghanistan, killing six US soldiers and five civilian contractors.