Unconfirmed reports say UN peace talks on Yemen scheduled for later this week have been delayed. But they are much needed, as heavy fighting continues in the country's month-long civil war. 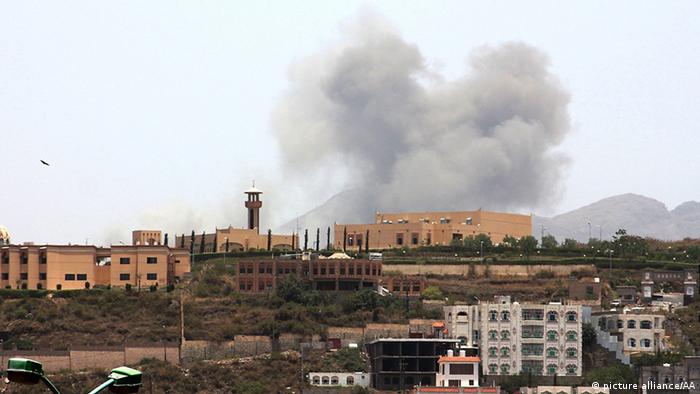 Senior Yemeni politicians said late on Sunday that a United Nations peace conference aimed at ending a bloody civil war sparked by a Shiite Houthi rebellion has been indefinitely postponed.

The officials from various parties, speaking on condition of anonymity, said that no new date had been set for the talks, which had been scheduled to take place on Thursday in Geneva, Switzerland.

UN officials have not confirmed the postponement, with spokesman Ahmad Fawzi saying in Geneva that plans were going ahead for the talks to start on schedule.

The Houthi rebels had said they would participate in the talks. But exiled Yemeni President Abed Rabbo Mansour Hadi had demanded that the rebels comply with a UN Security Council resolution calling on them to withdraw from cities they had seized before taking part.

The demand could have precipitated a delay in the talks, as the rebels have so far failed to heed the resolution taken by the Council last month.

The reported postponement comes as heavy fighting continues in various parts of the impoverished country.

Residents of the southern Yemeni cities of Taiz and Dalea reported a heavy exchange of artillery fire between Houthi rebels and local fighters on Monday, while warplanes from a Saudi-led coalition attacked rebel positions in the capital, Sanaa, and elsewhere in the country.

In Dalea, local militias reportedly took back the main security directorate and other strategic buiildings from the rebels. Ten soldiers loyal to the Houthis and three militiamen were killed in fighting, fighters and residents said.

Taiz was the scene of intense street fighting during which Houthi fighters pushed back tribal and Islamist militiamen. A local official told AFP news agency that at least 30 Houthi rebels and allied forces had been killed, along with at least five government loyalists.

Yemeni fighters opposed to the Houthis have been supported over the past two months by airstrikes carried out by the Saudi-led coalition, with Saudi Arabia and other Gulf powers concerned that Iran, which they say backs the rebels, could gain a foothold in the Arabian Peninsula. 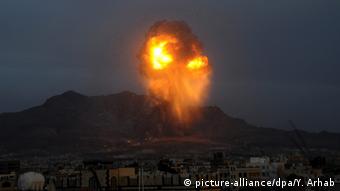 On Monday, warplanes from the coalition struck at Houthi positions in the capital, Sanaa, and various other locations across the country, including the rebel stronghold of Saada and the southern city of Aden.

Infrastructure in the latter two cities has been extensively damaged by the fighting.

The UN estimates that at least 1,037 civilians in Yemen have been killed between March 26, when the airstrikes began, and May 20.