The passage of health care reform by Congress was not only an historic success for President Barack Obama. This domestic victory could also help the administration make progress in the foreign policy arena. 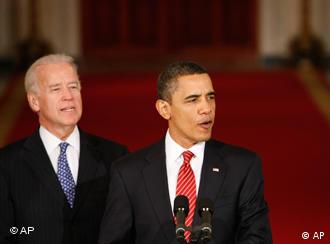 It doesn't happen very often that Germany's political leadership celebrates the passage of a purely domestic bill by US Congress. But that was the case when H. R. 4872 was cleared by the House of Representatives last weekend, even though the Health Care and Education Affordability Reconciliation Act of 2010 has nothing to do with transatlantic relations, international trade, climate change or security policy.

The day after the vote, German Chancellor Angela Merkel congratulated President Obama for passing a central reform project of his presidency. And Germany's Foreign Minister and Vice-Chancellor Guido Westerwelle said he expected that this success would provide a boost to the president's foreign policy agenda.

The fact that both the German chancellor and foreign minister praised the passage of domestic legislative measure in Congress underscores that the symbolic importance of this health care vote transcends national politics.

"The admiration for an American president who reached this worldwide accepted goal will increase because everybody knows that starting with President Kennedy several American presidents tried to realize that goal and now Obama has achieved this big success," Werner Weidenfeld, who served for 12 years as the German government's coordinator of transatlantic relations and now heads the Center for Applied Policy Research at the University of Munich, told Deutsche Welle.

The passage of the health care bill has gained particular importance because Obama had proclaimed it as one of the main goals for his presidency, but failed to get it through Congress during his first year in office. What's more, since the president couldn't point to any other major successes following his inauguration, the health care vote had morphed from a mere legislative procedure into a make-or-break-situation for the Obama presidency.

Health care reform is a highly contentious issue in the US

After this domestic power battle, his political counterparts everywhere will realize that he is not just a president who announces initiatives, but one that can also follow through with it, said Weidenfeld.

"He had to survive months of political fights and in the end he was victorious."

This, added Weidenfeld, will not go unnoticed on the international stage: "Not that overnight now all his challenges will vanish, but professional observers, top politicians everywhere around the world will immediately realize 'don't underestimate the capacity of this president.'"

While Christian Tuschhoff, professor for international relations at Johannes Gutenberg University Mainz, doesn't think the health care vote will have a direct effect on US foreign policy, he believes that the passage of the bill presents a good opportunity for Obama.

"He has achieved the first step and will be able to build momentum if he can add a couple of successes to the one that happened last weekend. If that scenario becomes true a lot of things will simply fall in place," Tuschhoff told Deutsche Welle.

In the foreign policy realm, the experts believe that the disarmament issue would be a suitable next step for Obama to build on his domestic success. The successor to the Start nuclear arms reduction treaty with Russia is long overdue and could be unveiled in the coming weeks to coincide with a major global nuclear disarmament conference Obama will convene next month in Washington.

An agreement by the US and Russia, the world's main nuclear powers, to slash their arsenals would increase the leverage for Obama to convince other nations to reduce their nuclear weapons stockpile. 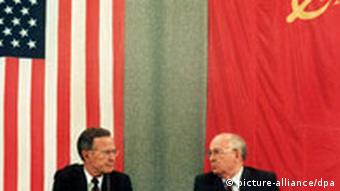 Weidenfeld says that Obama can now claim that he tackled a huge health care reform with historic implications when nobody thought he could get it done.

"In international politics the nuclear weapons challenge is of a similar dimension, so let's tackle that too," is how Obama might approach this issue, according to Weidenfeld.

But while the successful passage of the health care bill may increase his international stature and leverage it doesn't guarantee that most of Obama's stalled foreign policy initiatives will fare any better now.

That's because of a major difference between domestic and foreign policy: In domestic policy, the US government is the main actor, in international affairs, Washington is a major, but never the only actor as is exemplified by the Middle East conflict.

"If anything the Israeli-Palestinian conflict is more difficult than the health care issue, simply because Obama can put pressure on both sides, but he cannot act on behalf of them," said Tuschhoff.

Whether the boost that Obama stands to gain from the health care passage will last depends on whether he can replicate that achievement, say the experts. After all, the old adage success begets success is as true in politics as it is in sports.

President Barack Obama's drive to reform the US healthcare system has cleared its next procedural hurdle in the US Senate. The White House said Obama looked forward to "thorough" debate on his top domestic initiative. (22.11.2009)

How Obama can improve his presidential performance

As Barack Obama prepares for his first state of the union speech, many of his projects have stalled and there is growing discontent with his leadership. Michael Knigge analyses three steps to improve his performance. (27.01.2010)