Figen Yuksekdag, co-leader of the Peoples' Democratic Party (HDP) - which won 13 percent in Turkey's general elections - wants Ankara to cease military attacks on Kurds in Iraq, the subject of recent protests in Germany. 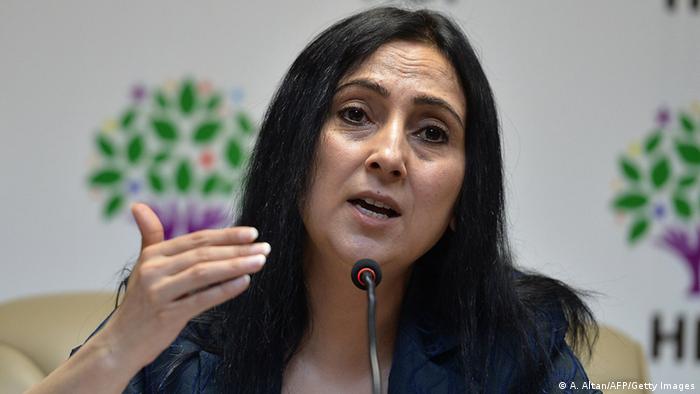 Deutsche Welle: Ms. Yuksekdag, what is your assessment of Turkey's current battle against terrorism?

Figen Yuksekdag: The Turkish government is not explicitly fighting against the terrorist group "Islamic State" (IS), but instead Kurdish forces. For nearly three years now, Turkey has been backing the IS. Fighters are trained in Turkish camps and then sent across the border.

Are you saying that the Turkish government has supported the IS?

Yes. The Turkish government may have vehemently denied that they support the IS, but we have gathered evidence that proves otherwise: witness accounts and documents for weapon deliveries. Furthermore, the government in Ankara would prefer to have IS as Turkey's neighbor. It doesn't want Kurds from Syria as neighbors, but instead favors an Islamic caliphate. The Turkish government and the IS have a strategic and ideological affinity for each other. That is why the current airstrikes have been launched against the Kurdish movement and not the IS. The elections on June 7 and the HDP's success were a clear defeat for the ruling party.

The HDP, a party founded by politicians with a Kurdish background living in Turkey, has been accused of being associated with the Kurdistan Workers' Party (PKK). What do you think?

We, as the HDP, do not have ties to the PKK. It seems absurd to us, as we have to bring forth evidence of this. We won 13 percent of the votes in the parliamentary elections. During our two-month election campaign, seven HDP activists were murdered. To this day, no one has been held accountable for these crimes. The murder victims were not people who carried weapons and took part in PKK operations or anything like that. The PKK is a national liberation movement and also an organization that stands for democracy and equality. We do not agree with the means they use to attain their goals, but we must recognize the fact that their policies are not terrorist policies.

How should the EU, NATO and Germany react to this conflict?

The war in the area holds potential for a war in the entire Middle East. That is why the international community should ask President Erdogan and his party, the AKP, to take a seat at the negotiating table and discuss the Kurd issue.

There is talk of new elections. What do you think of that?

We cannot do anything except succeed again. The Turkish government is already waging a war against us to push the party below the 10 percent threshold needed to obtain parliamentary representation. We didn't want things to end up this way. But, in Turkey, the transition to a democratic nation has proved to be difficult. We, as an independent democratic party, will stick to our goals and try to promote them.

Figen Yuksekdag (born 1971) is a member of Turkish parliament and co-leader of the pro-Kurdish Peoples' Democratic Party.

For the first time since the AKP came into power in 2002, the party has lost its majority government. Turbulent times await domestic politics in Turkey, writes DW's Baha Güngör. (08.06.2015)