A boy tells the story of his brother who went missing during the war. The tale of the parents' desperate search for their lost son offers a sad, yet funny depiction of Germany after the war. 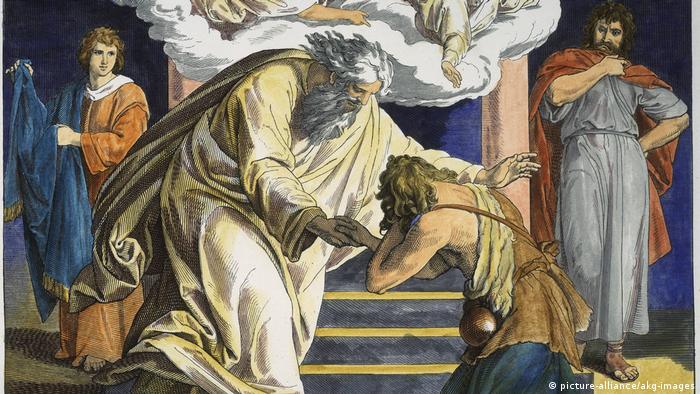 Hans-Ulrich Treichel wrote his debut novel in 1998. It's a story of post-war Germany, but from a completely different perspective — one of displacement and rape, of loss and repression. But how does he do it? In a serious and deep manner, with an elaborate view into the characters' psyches and embedded in historical context.

Yet Lost is also an unbelievably funny novel, a book that makes one grin while reading, or even laugh out loud — an astounding artistic feat given the subject matter.

The first-person narrator is young, an adolescent growing up in the 1950s while Germany is grappling with the loss of the war. At the heart of the story is a family consisting of a father, mother, son — and another lost son.

It's a closely guarded secret for a long time: It's said that brother Arnold starved to death while the family fled the East and headed to the family's new home in the West German state of Westphalia.

Later, the son hears that his mother gave Arnold away out of necessity when the Russians were on their heels. She gave him to other Germans who were passing by in order to prevent even worse misfortune. In any case, Arnold has been missing ever since. And Arnold is the one who takes center stage for their parents, and not the son who is right there in front of them.

"Arnold was right at the front of the album, ahead even of my parents' wedding pictures and the portraits of the grandparents, while I was way at the back. And Arnold's picture was quite big, while most of the photos I was in were small, not to say tiny." 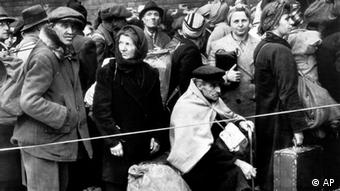 Displaced people at the end of World War II

The parents search for Arnold, and are quickly on to something. Lost Arnold is supposedly "foundling 2307." But is he really?

The reader never encounters this child; neither do the parents. During the search, the dimensions of the family are measured by famous professors at universities, with heads and feet compared to that of the foundling; DNA tests did not exist back then.

Treichel describes this in both a funny and grotesque way. But the way the professor, Freiherr von Liebstedt, takes the body measurements is also frightening, as he seems to have learned his craft during Germany's Nazi era. So too it seems with the hearse driver, who the family meets in the university cafeteria and who raves about the wonderful hygiene of the university's new crematorium. 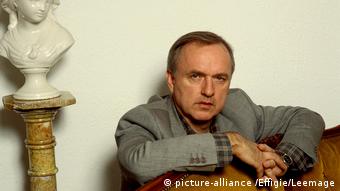 It's interesting to note that Hans-Ulrich Treichel's brother also went missing during the final weeks of the Second World War, that his parents settled in Westphalia, and that Lost is autobiographically grounded.

But one also does not have to be familiar with that information. Lost is a wonderful literary debut, a book about post-war West Germany and its economic boom, about the past and the sublime repression of it. It's a book about trauma.

"I was only what she didn't have," says the disappointed son of his mother who is only on the lookout for the one she has lost.

Hans-Ulrich Treichel was born in Versmold in 1952. He is a poet, author of several novels, and has worked as an editor, lecturer and scientist at various universities. He held a professorship at the German Literature Institute at the University of Leipzig from 1995 to 2018. His literary works have been honored with the Hermann Hesse Prize and the Eichendorff Literature Prize.