Hamid Karzai: ′The consequences of failure in Afghanistan will reach Germany′ | Asia | An in-depth look at news from across the continent | DW | 27.11.2017

Hamid Karzai: 'The consequences of failure in Afghanistan will reach Germany'

Former President Hamid Karzai briefs DW on the continued security problems in Afghanistan. He advocates an immediate appraisal of what's gone wrong, saying Afghanistan's future is in the hands of the younger generation.

DW: Former Afghan President Hamid Karzai, thank you for being here at the DW headquarters in Bonn. After more than 16 years of US and NATO forces being in your country, how would you describe the security situation?

Hamid Karzai: The security situation unfortunately isn't what we desired. It is far less than what we desired. There are daily bombs around the country, there is daily insecurity around the country, there is a greater part of the country under the control of non-government forces. Violence is on the increase. After 16 years of our campaign against extremism and terrorism we still have new terrorist groups emerging in Afghanistan. Daesh [an Arabic name for the "Islamic State" — Editor's note] has emerged. We have questions as to why.

Well, that's a good question. What is the biggest problem that's stopping Afghanistan from becoming peaceful? That's what many people outside of Afghanistan are asking themselves.

There are two main factors. Let me put it this way. Some would say it is because of Afghanistan. No, it is not because of Afghanistan or of the Afghan people. The Afghan people cooperated fully with the international community with a great desire to see their country peaceful and nice and prosperous and democratic, which we did. It is factors outside of Afghanistan which are more decisive with regard to security and stability of Afghanistan. Pakistan was the main factor and we all knew and the world knew: The sanctuaries there, the training grounds there, the financial resources provided to terrorism and the ideological inputs that they give to terrorism and send to Afghanistan. The second most important factor or rather equally important factor was the whole conduct of US strategy in Afghanistan. The approach to Afghanistan and approach to fighting extremism was very heavy handed. Civilian casualties in Afghanistan, creation of prisons in Afghanistan, the violation of our sovereignty and violation of Afghan homes and culture and values. All that accumulated and put together brought us where we are today. 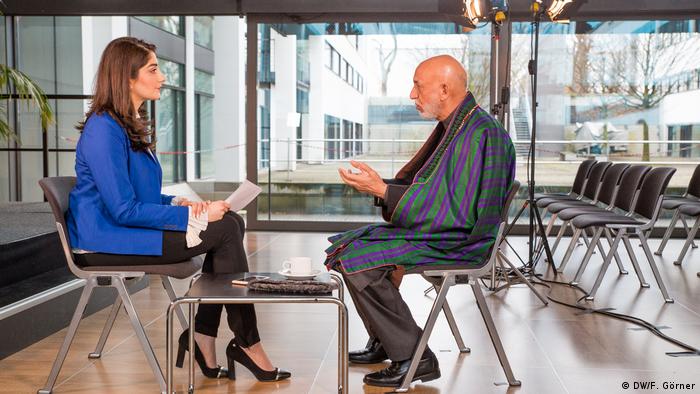 President Ashraf Ghani has promised parliamentary elections for next year. But many experts doubt that this will happen because of the current security situation. What do you think?

From your point of view what's the biggest priority right now in Afghanistan?

I think the biggest priority for Afghanistan is for the Afghan people to put their heads together and to study as to what has gone wrong in this country. Where are we to blame, where is the US to blame, where are our neighbors to blame? And to evaluate and analyze the situation and come up with solutions.

For that I believe a Loya Jirga, the traditional council of the Afghan people, is the best forum. Where people from across the country, where all the people of Afghanistan from all the provinces and from all the groups of Afghanistan get together, young, old, educated, community leaders, religious leaders, spiritual leaders, women, men. They must decide on what we must do to bring safety and a better life to the Afghan people. I believe that's the way forward. 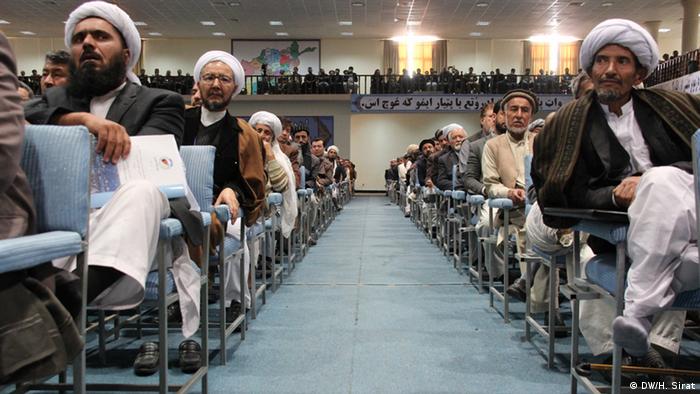 This Loya Jirga council was held in Kabul in 2014

You have supported the Loya Jirga in the past as well. Do you think that a decision made by Loya Jirga could replace the parliamentary election?

You have spoken about the role of the United States. US-President Donald Trump has decided to send more troops to Afghanistan. In the past you have said that you opposed this idea. However, in 2009 when troops in Afghanistan were increased you were President. So what has changed?

I opposed it then, too. And if you remember, the US ambassador at the time wrote to Washington saying that Karzai is not our partner and he was right. I wasn't their partner in causing more war to Afghanistan and in bringing more casualties to the Afghan people. In creating prisons, in the violation of Afghan sovereignty and rule of law. If the US presence in Afghanistan contributes to the safety and security of our people, to bringing peace to Afghanistan, to strengthening and enhancing our sovereignty I'm very much for it. There is no ideological issue here with the United States; it is the facts of life in Afghanistan. Lack of peace, lack of security, lack of hope for the future.

This is why the Afghan people have been fleeing their country. Thousands of Afghans are living in Europe now even though some are sent back. Do you agree that there are safe zones, as the German government calls them, in Afghanistan? 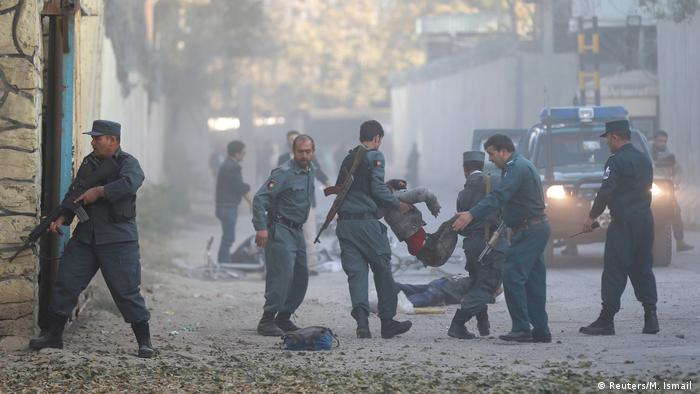 The security situation in Afghanistan is out of control, with daily bomb explosions

But people are dying.

Yes we are dying. But that's our hope. You don't leave. You don't run away from your home because someone else is dying in that country. How have nations built their countries? By staying there and contributing to their own revival and progress. Now my advice is twofold. One, to the Afghans who are still in Afghanistan, to the young ones my advice is: Don't leave your country. Let's put our hands together and build our country and make it a better place. At the end of the day it's up to us Afghans to do that. No foreign country can build us and make us better.

So you do agree that the German government should deport Afghans back home?

Those who have not been accepted must come to Afghanistan proudly, they must live in their country. Those who are accepted here they must respect the laws of this country and become a good force for integration in this country. And there is also an advice for Germany. The government of Germany must sit down with its European partners and begin to talk with the United States of America, because the consequences of failure in Afghanistan reach Germany. Germany must make sure that America adopts the right approach, an approach that brings hope in the future to Afghanistan by bringing peace and a working environment to Afghanistan. So Germany also has a role, within Europe, through Europe, with the USA and our neighbors and the big countries in the region to do that. We have a role by keeping our young people in our country.