Around 13,000 people attended a demonstration in the German city of Hamburg on Saturday to protest against animal testing. The demonstration was organized amid fears of animal abuse in a nearby facility. 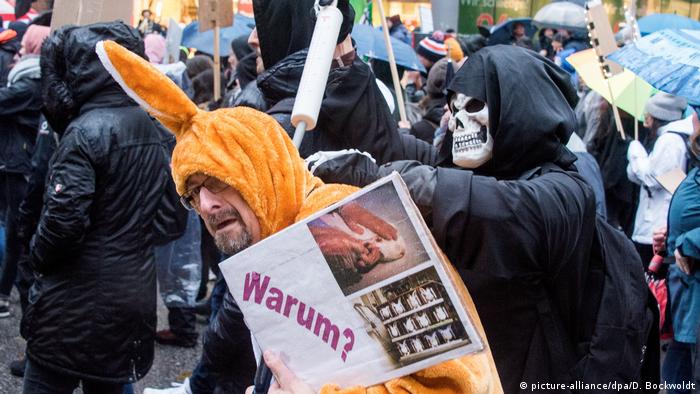 Around 13,000 people attended a demonstration in the German city of Hamburg on Saturday to call an end to animal testing.

The protests were aimed predominantly at the Laboratory of Pharmacology and Toxicology, a company that has been accused of abusing dogs and monkeys.

Its lab is based at Mienenbuettel, near Hamburg. 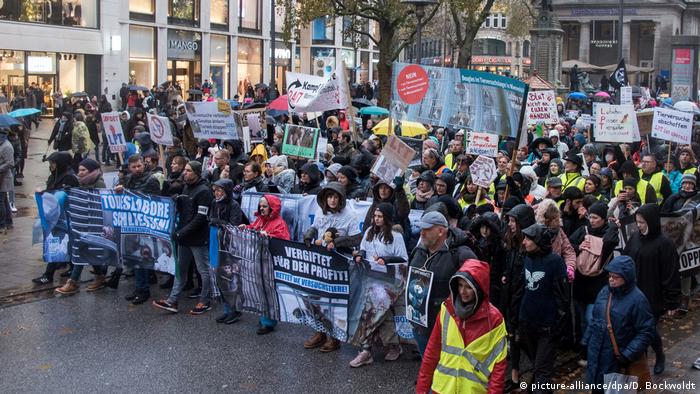 Protesters take to the streets in Hamburg

"There is room for every animal. The civilian population will not allow these animals to be sold off and killed," said Friedrich Muelln, a member of SOKO Tierschutz, an animal protection group that co-organized the demonstration.

One activist obtained video footage of screaming monkeys and dogs covered in blood after he accessed the facility while posing as an employee.

It is not yet clear whether the LPT lab will be shut down. The local authorities say they do not yet have sufficient grounds to do so.

Is there an alternative to animal testing?