Nearly three weeks after being abducted from a road outside Port-au-Prince, several Catholic clergy members have been released. Their kidnapping sparked nationwide outrage and anger over a wave of recent abductions. 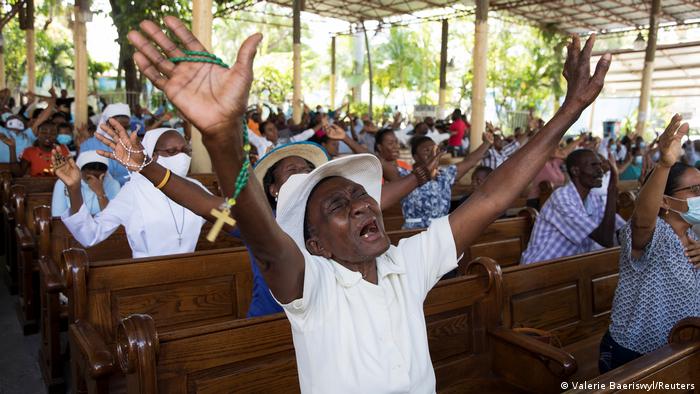 Several Catholic nuns and priests abducted earlier this month in Haiti have now been released, a missionary group said on Friday.

They were the last members of a group of Catholic clergy to be freed, coming after widespread public outcry over their abduction.

The Society of Priests of Saint Jacques announced their release in a statement, saying the hostages were unharmed.

The statement did not provide information on whether a ransom was paid to the kidnappers.

"Our hearts are filled with joy because we have found our colleagues, the sisters and the family members of Father Jean Anel Joseph in good health," the society said in a statement.

On April 11, the group of 10 people was abducted while traveling on a road between the capital Port-au-Prince and the town of Ganthier. The kidnappers are suspected members of the 400 Mawozo group.

The group included four Haitian priests and a nun, as well as a priest and a nun from France, AFP news agency reported. The others who were abducted were relatives of a clergy member.

The kidnapping of the clergy members sparked anger among many Haitians, and was seen as the last straw for many after a spate of kidnappings for ransom.

The abductions also prompted the Catholic Church to openly criticize the Haitian government for its "inaction."

Protests have also erupted against Moise, who has been accused of having ties to violent gangs as well as being involved in extensive corruption.

More than 300,000 people were killed when a 7.0 magnitude earthquake struck near the capital, Port-au-Prince. Survivors received little of the more than $10 billion in aid that Haiti supposedly received in the aftermath.