A magnitude 7.2 earthquake has struck Haiti, leaving hundreds dead and more than 1,800 injured. Rescue efforts are ongoing and caretaker Prime Minister Ariel Henry says the demand for aid will be "enormous."

A 7.2 magnitude earthquake struck Haiti on Saturday, killing just over 300 people, according to the Haitian civil protection service.

At least 1,800 people have been reported injured as the powerful quake turned buildings into rubble.

Rescue teams and bystanders were able to pull many people from the debris.

However, the true scale of the devastation is still being assessed due to difficulties reaching affected areas.

What do we know about the earthquake?

The quake hit at 8:29 a.m. local time (1229 UTC) and was also felt in the Dominican Republic, which has a land border with Haiti on the island of Hispanola.

The epicenter of the quake was on Haiti's southwest peninsula about 125 kilometers (78 miles) west of the densely populated capital of Port-au-Prince, the US Geological Survey said.

Many residents of the capital rushed into the streets in fear, although witnesses told news agencies there did not appear to be much damage in the capital. 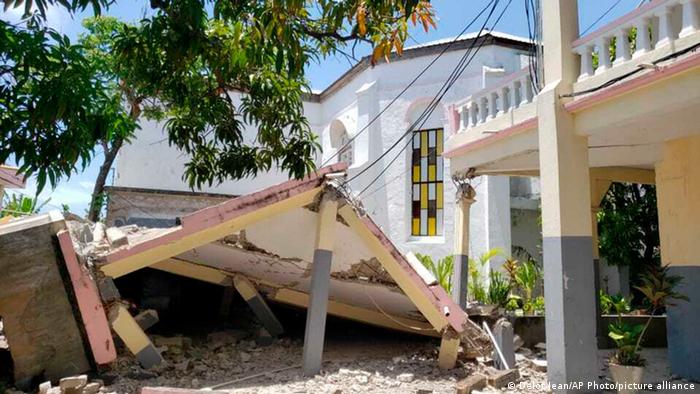 Churches and other buildings have been destroyed across southwestern Haiti

The shockwaves were felt throughout the country and material damage was recorded in the southwestern peninsula of the island, according to images from witnesses.

Tremors were also felt hundreds of kilometers away in Jamaica and Cuba.

The US Tsunami Warning System issued a tsunami warning after the quake but later said "there is no further threat."

EMSC, an independent earthquake monitoring agency, reported a magnitude 5.0 aftershock late Saturday night near the city of Les Cayes, where significant damage had been reported earlier. There have been no reports yet of additional damage caused by the aftershock.

Prime Minister Ariel Henry declared a one-month state of emergency in response to the disaster.

"I present my sympathies to the parents of the victims of this violent earthquake, that has caused the loss of several lives and material damage in various provinces," Henry wrote on Twitter.

Henry, who has been in office for less than a month, said he had mobilized "all the resources of my administration to come to the aid of the victims." 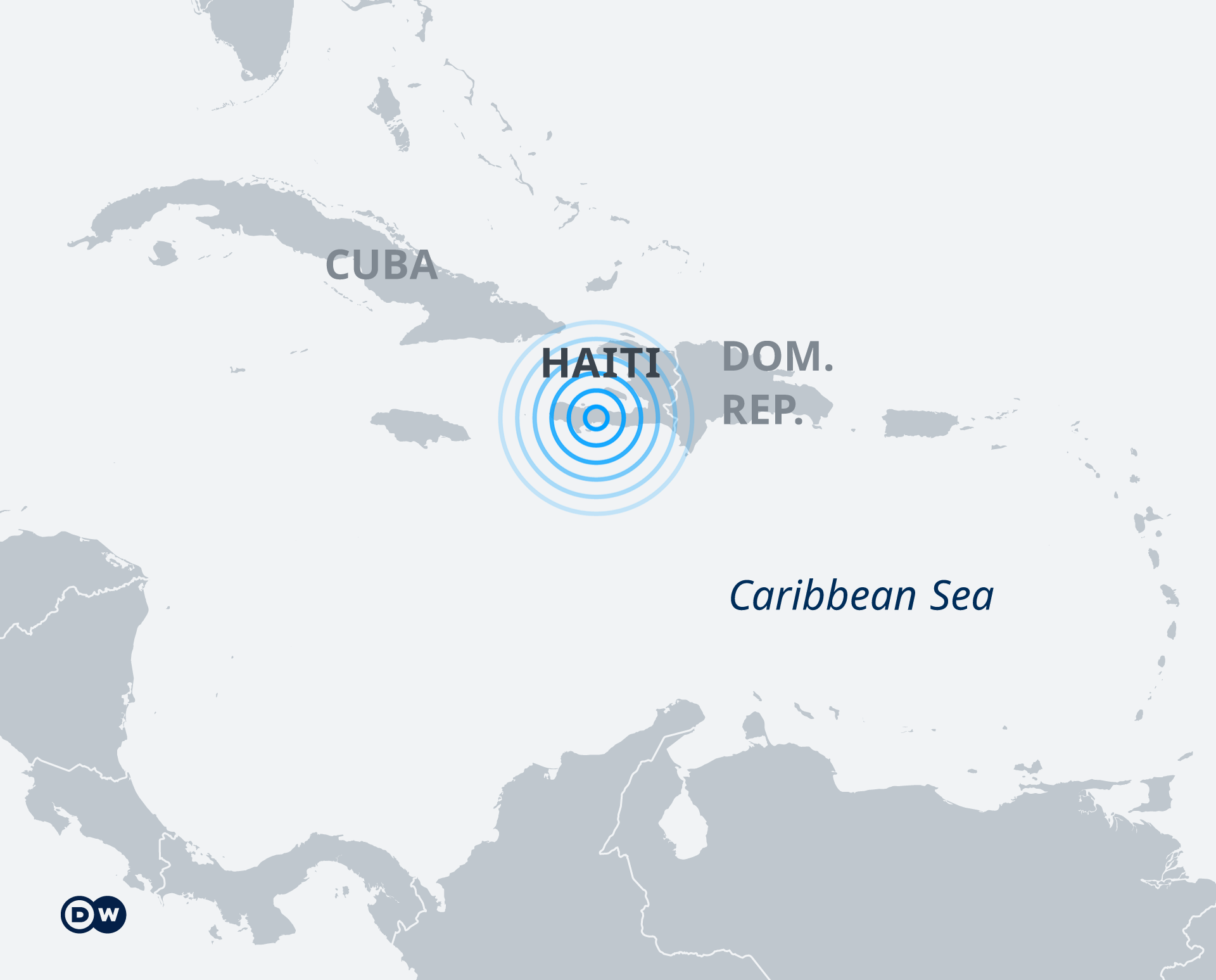 "The most important thing is to recover as many survivors as possible under the rubble," Henry said. "We have learned that the local hospitals, in particular that of Les Cayes, are overwhelmed with wounded, fractured people."

US President Joe Biden authorized an immediate response to the Haitian earthquake and said he is "saddened" by the disaster.

He named Samantha Power as coordinator of the relief effort, a White House official said.

Haitian news outlet Le Nouvelliste reported that the Saint Antoine hospital in the southwestern town of Jeremie was overwhelmed with treating the injured.

It said the biggest hospital in the area had called in more doctors and health workers to help out.

La Nouvelliste added that a Ministry of Public Works team was now making its way through the "bleak" ruins of the 31,000-strong town to clear collapsed buildings and search for the dead and injured.

Prime Minister Henry said the International Red Cross and hospitals in unaffected areas were caring for the injured.

"The needs are enormous. We must take care of the injured and but also provide food, aid, temporary shelter and psychological support,'' he said.

Among the dead was Gabriel Fortune, a former senator and mayor of Les Cayes on the southern coast of Haiti, which unconfirmed reports suggest has taken significant damage.

"He was in a hotel, Le Manguier in Les Cayes, and the hotel crashed down. He is confirmed dead." Anne Rose Schoen, a Haitian journalist told DW.

"It is a very difficult situation down in the south," Schoen said. "It is an earthquake that has affected many different towns in the south and many of these towns cannot be reached easily. It will be a logistical nightmare."

She said that this was because to get to the south it was necessary to drive through to a Port au Prince neighborhood called Carrefour in the southwestern area which is dominated by gang war.

"It will be very difficult to get the goods there for the people that are in need," said Schoen, who added that ships and helicopters might be required.

The president of the neighboring Dominican Republic, Luis Abinader tweeted his concern for Haiti and said his country would provide "whatever help is within our possibilities."

Haiti, considered the poorest country in the Western Hemisphere, is still living with the impact of the catastrophic 2010 earthquake that left some 200,000 people dead.

Damage from the quake, which struck near the densely populated capital, was estimated at $8 billion (€6.78 billion).

More than 1,500,000 Haitians were made homeless and 60% of the country's healthcare system was destroyed.

The rebuilding of the country's main hospital remains incomplete, and nongovernmental organizations have struggled to make up for the state's many deficiencies.

Another deadly earthquake in 2018 with a magnitude of 5.9 also scarred Haiti and left more than a dozen dead.

Haiti has also been in a state of political turmoil since the assassination of Jovenel Moise in July.

He was shot dead in a middle-of-the-night attack at his residence by a heavily armed commando force.

Potentially adding to the impact of Saturday's quake, the US National Hurricane Center has forecast that Tropical Storm Grace could reach Haiti late Monday night or early Tuesday morning.