They might share an island, but the Dominican Republic and Haiti couldn't be more different. While the former is a popular tourist destinations in the Caribbean, Haiti is one of the poorest countries in the world. 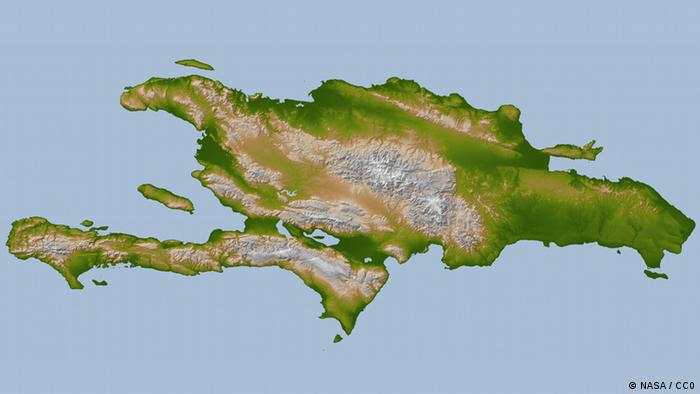 Palm trees, sandy beaches stretching for miles, a brilliant blue sea – at first glance, the Dominican Republic seems like a real paradise. Several million tourists visit the country each year. But the stunning landscape and the luxurious hotels mask the fact that the Dominican Republic actually belongs to the less wealthy countries in Latin America, and that it shares a border with Haiti, the poorest country in the western world. 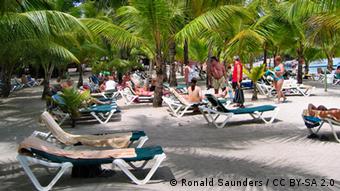 Around four million tourists travel to the Dominican Republic each year

Though Haiti and the Dominican Republic share an island, they remain worlds apart. That's seen, for instance, in the infrastructure. "The Dominican Republic has proper streets so that you can get from one place to another without serious problems," Heinz Oelers, an expert on Latin America at the Christian charity Misereor says. In Haiti, on the other hand, "you often need an hour just to travel a few kilometers," he adds.

It's a similar picture in other areas too. According to the United Nations, only about 50 percent of Haitians can read and write (as opposed to nearly 90 percent in neighboring Dominican Republic) and child mortality rates in Haiti are three times higher than in the Dominican Republic.

The huge differences between the two countries play a direct role in how far they are affected by climate change and how they're dealing with the consequences.

Haiti's huge coastline makes it especially vulnerable to hurricanes. Since all the country's big cities are located on the coast, floods often have dramatic repercussions. The weak infrastructure hampers quick delivery of aid and emergency help during natural catastrophes. As a result, some 220,000 people were killed during an earthquake in early 2010. 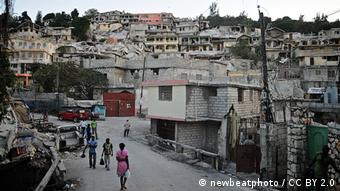 Since no Haitian city has a regular electricity supply, for many residents wood remains the most important source of energy. That's one reason why the island's forest cover has largely disappeared.

The bare mountains lead to strong rains washing away the soil cover. That in turn makes life worse for the local residents since Haiti is densely populated and heavily rural.

Thick vegetation is needed to keep the soil intact, Heinz Oelers says. To do that "you could for instance combine forestry and food crop cultivation," he says. "Instead of growing grain on large areas, you could turn to cultivating fruits such as cassava, bananas and avocados that grow well in the Tropics."

So just how did two neighboring island nations turn out so differently? The main reasons lie in the region's history. The entire island of Hispaniola was long under Spanish rule until 1697, when the Spanish rulers handed over the western third of the island to France.

The area called “Saint-Domingue” became the wealthiest French colony. Hundreds of thousands of African slaves were brought there to help in the production of sugar, coffee, coco and cotton.

In 1791, the region witnessed a slave rebellion. Soon after, slavery was abolished and, following a brutal war of liberation, the region finally gained independence in 1804. Saint-Domingue was renamed Haiti. 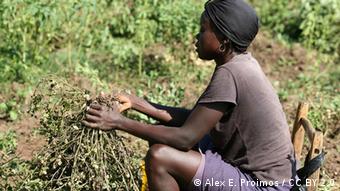 About two thirds of Haiti's population make a living from farming

But the former colony faced a mountain of challenges. The big estates were divided among the population and soon, almost every Haitian owned some land. But hardly anyone could live from it since the allotments were too small and the new owners struggled to agree on a shared management of the land.

The problem was compounded by Haiti's ethnically diverse population. "The slaves came from over a hundred different ethnic groups and originally had nothing to do with each other," Oliver Gliech, an expert on Haiti at the Latin America Institute at the Free University in Berlin, says.

"For centuries, they've experienced how power was brutally practiced and legitimized," he says. It's little wonder that the bloody wars in the 19th century were followed by rebellions, political upheaval and coups as well as frequently changing self-proclaimed monarchs and dictators, he adds. That pattern has continued in the country till today.

Once the Spaniards had exploited several raw materials from their part of the island, most of the settlers moved on to Mexico. The Spanish colony “Santo Domingo,” which later became the Dominican Republic, soon came to be dominated by livestock farming. "There, a homogenous society of Spanish descent with a very slim class of African slaves developed," Oliver Gliech says.

Gliech says the fewer ethnic differences are one reason why the Dominican Republic, that gained independence later than Haiti, soon became much more stable than its neighbor, both economically and politically.

Though it did experience its fair share of dictators and civil wars, the Dominicans have managed in the last 50 years to establish a halfway democratic political system. Tourism now forms the backbone of the country's economy, bringing much needed revenue. 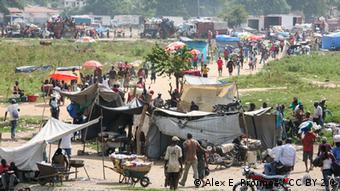 That's something Haiti is still far removed from. Reforestation projects could be one concrete step to help the crisis-plagued country get back on its feet again. Forested areas also help prevent landslides through floods and storms, which have been on the rise in the region due to climate change.

Haitian women take rebuilding into their own hands

After the earthquake that devastated Haiti, women, especially, joined forces to rebuild without waiting for the weak state to step in. Three years on, their work is far from over. (10.01.2013)