Hüther: Greeks have to face realities | News and current affairs from Germany and around the world | DW | 21.02.2015

Hüther: Greeks have to face realities

Michael Hüther, head of the employer-oriented Institute for Economic Research, supports German Finance Minister Schäuble's tough stance on Greece: there is no reason to change the German position, he says. 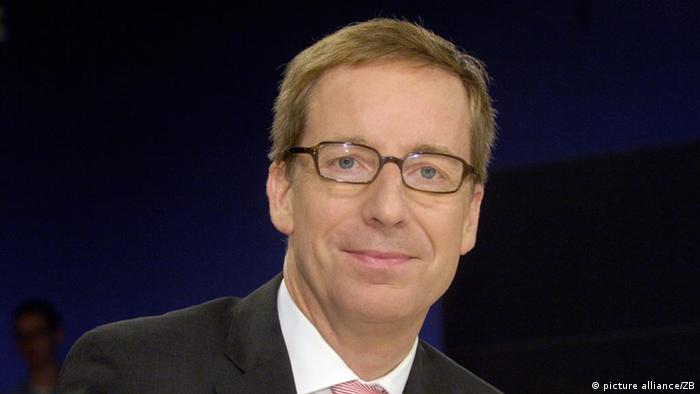 The dept dispute with Greece continues to keep Europe on tenterhooks. On Thursday, Athens submitted a formal request for loan extension on schedule.

According to European Commission president Juncker, this could "pave the way for a reasonable compromise." By contrast, German Finance Minister Wolfgang Schäuble does not see it as "a substantive proposal for a solution," rejecting further transfers of billions of euros to Athens.

Deutsche Welle: Mr Hüther, what is your assessment of the current situation?

Michael Hüther: Indeed, the letter from Athens shows signs of rapprochement if measured against the former extreme positions adopted by new Greek government. However, it is certainly not in compliance with those conditions on which the eurogroup has based its crisis management policy and logic thus far. The letter merely calls for a six-month loan extension, so that the Greek government will be given time to negotiate new conditions. Yet, the eurogroup is not prepared to enter such negotiations, and it does have good reasons for this approach.

Instead, we have to ask how Greece can find a way forward. Thus far, the new government has adopted a policy which rather represents a reversal of growth opportunities. Therefore it is understandable that Mr Schäuble takes a dim view of the letter, ultimately rejecting it. By the way, Mr Juncker is not the responsible person: this is a matter for the eurogroup, not for the European Commission.

What would have to happen now?

It must be clearly recognizable that the Greek government ultimately accepts what it has refused to accept thus far: that financial aid is combined with an accompanying framework which defines the necessary adjustments in Greece as well as budgetary consolidation and medium-term development of public debts.

It has to be clearly recognized that, over the next ten years, no repayment obligations have to be fulfilled. Since 2012, Greece only pays heavily subsidized interests anyway. The average interest rate is 2.4 percent. In principle, this is not an excessive demand. On the other hand, it is up to Greece to choose the details of how to achieve its budget targets. It will have to be decided whether Europe's micro-control approach is a suitable one. By the same token, Europe's stance is simply a response to the failure of government institutions in Greece. It did not come out of the blue. After all, the response had been a different one in Portugal and the Republic of Ireland.

What do you think - will Greece remain in the eurozone?

The Greek government will have to think about this very carefully. An exit would lead to a very sudden, very profound and very massive loss of wealth which cannot be rectified or healed in the short term. I don't think a government can do that to its population. It doesn't have a mandate to do that.

Consequently, the question is whether the parties will be able to reach agreement on fundamental prospects. I believe everyone in Europe will be prepared to negotiate about the way the Greeks can achieve their budget targets, and about how they can achieve budget consolidation.

However, the initial actions taken by the government point exactly in the opposite direction. Inflating the public sector, calling off or reversing privatization - that's the exact opposite. At some point the Greek government has to accept the basics - because Europe can cope with the alternative, but Greece can't.

So you believe Germany should stick to its position?

Germany has no reason at all to change its position, and it is far from isolated. Believing that Berlin can be isolated is a clear error of judgment on the part of the new Greek government.

This could neither be achieved with respect to the other former crisis countries, nor with respect to Italy and France and certainly not with respect to all other members of the eurozone. After all, they all recognize that the credibility of Europe and the European currency is at stake here. Therefore it is time for the Greek government to accept the realities.

Michael Hüther is the head of the employer-oriented Cologne Institute for Economic Research (IW).